What should your kids read next? If they’re like me and love to read the new chapter books. Here are 16 I highly recommend from middle-grade to YA. 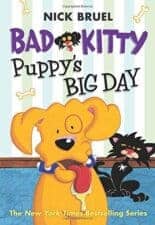 Bad Kitty: Puppy’s Big Day by Nick Bruel HUMOR ages 6 – 9It’s delightful to read a series where every book is consistently good. Well, in this case, hilariously good. Bad Kitty is raging! Puppy calls Uncle Murry to come the rescue. But Uncle Murry’s in for some trouble when he takes Puppy out of the house –without a leash, or a poop bag, or a license! Insert sarcastic messages of cat awesomeness from you-know-who and inventive new canine characters at the pound, and you have the perfect story for beginning readers. 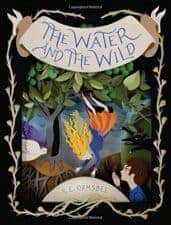 The Water and the Wild by K.E. Ormsbee FANTASY ages 8 – 12
A marvelous adventure of hope and fantasy about an orphan named Lottie who finds herself in another world, the world of her parents. She hopes to find a cure for her best (and only friend,) Eliot, but instead must go on a quest to save the mysterious letter writer who has the cure that the King also wants.

Anyone But Ivy Pockets by Caleb Krisp HISTORICAL / FANTASY ages 8 – 12
You are going to ADORE Ivy and this story entirely. Ivy’s totally clueless and just so very, Ivy. Who else would say this to her future employer, the Duchess: “You poor deluded creature . . . dying has sapped the strength from your eyes. I’m remarkably pretty, and that’s a genuine fact.” I read many parts out loud to my kids while I was reading this book – they were just so funny!! Well, it’s the Duchess who entrusts Ivy to carry the most precious Clock Diamond necklace from France to give to a particular English girl for her birthday. We follow Ivy as she travels and arrives at the girl’s home. We soon wonder about the unusual people surrounding Ivy — are they after the Diamond? And why does Ivy have to wait to give the gift until a precise time? Loved it! 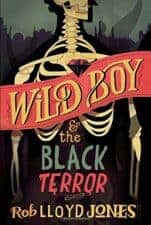 Wild Boy and the Black Terror by Rob Lloyd Jones HISTORICAL / SCI-FI ages 8 – 12
This second book in the series makes me so eager to read the first book — it’s really a fascinating story with it’s absolutely excellent character development and an intriguing plot. Wild Boy is literally covered in fur — yes, literally. He now lives with the Gentlemen who rescued he and his best friend, Clarissa, from the circus and the crazed Londoners who believed him to be a dangerous murderer. The Queen of England asks Wild Boy to solve the mystery of a most frightening terror that scares people to death — again, seemingly literally. Is is a really a demon’s curse or something more human at work? Fabulous!

The Girl in the Torch by Robert Sharenow HISTORICAL ages 8 – 12
I admit to not liking the cover and being reluctant to read this book because of that. (I know, shouldn’t judge books by their covers and all that . . . ) Luckily, I did read it and it is a great book. The Girl in the Torch is a touching middle-grade historical fiction novel that follows an orphan girl’s journey to America and struggle to stay without a home. For awhile she hides out in the Statue of Liberty, then the watchman finds her and lets her stay at his boarding house. This is very well-written and shows a glimpse into the history of immigrants. I didn’t want to put it down once.

Gabby Duran and the Unsittables by Elise Allen & Daryle Conners FANTASY ages 8 – 12
Not only is Gabby the best babysitter for hard-to-manage kids, she’s also the best for hard-to-handle aliens, too. She’s recruited for this top secret job but can’t tell anyone that aliens even exist — at least until her two best friends guess. I liked the interesting plot a lot and loved Gabby’s character but found the ending slightly abrupt.

Mark of the Thief by Jennifer A. Nielsen HISTORICAL / FANTASY ages 9 – 12
Set in historical Rome we follow the life of a slave who was abandoned by his mother to work the mines. After he accidentally discovers Julius Cesar’s magical amulet and it’s protector griffin, he’s in constant danger. It’s an exciting adventure with unexpected revelations that will have you eager for the next book. (Yes, it’s a cliff-hanger, darn it.)

Gladiator School Book 1 Blood Oath by Dan Scott HISTORICAL ages 8 – 12
This is already a six book series but just came to my attention. It’s a fun historical fiction adventure (and mystery) set in ancient Rome about a young boy named Lucius whose father is accused of a crime. When the family loses everything, the oldest brother decides to be a gladiator — which is equivalent to slave status and quite frankly, a good way to die young. You’ll learn a lot of Roman history while reading this entertaining story.

Dreamwood by Heather Mackey FANTASY ages 8 – 12
Searching for her father leads Lucy to the Pacific Northwest and the Lupines. She follows her father’s trail into a dangerous wooded island where she discovers the truth about the magical Dreamwood, her father, and who betrayed her father. 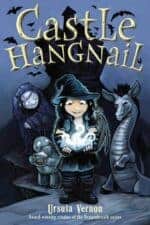 Castle Hangnail by Ursula Vernon FANTASY ages 8 – 12The castle and its minions need a new Wicked Master. Instead they get Molly. She’s short, 12-years old, and quite friendly for someone who should be very very wicked. Soon, it’s clear that Molly is the best master they ever had — that is until a real Master, Eudaimonia, shows up. (Who is more evil than wicked.) What should the minions do now – stay loyal to Molly who is sweet and nice or change loyalties to Eudaimonia? 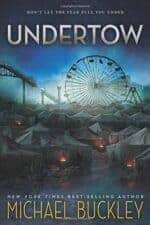 Undertow by Michael Buckley SCI-FI/ FANTASY ages 13+ Michael Buckley’s Alpha are from the ocean — clans of creatures with wild amphibian and human appearances and a specific hierarchy. Not only is this world imaginative, the plot is crazy good –filled with tension, action, and adventure. Our 16 year old heroine, Lyric, is trying to hide that her mom is one of the Alpha (First People) because her family would disappear to a”camp” if discovered. When Lyric’s school is ordered to integrate with the First People, she’s ordered to help the Alpha prince named Fathom. This is not good for someone trying to fly under the radar. Tensions are high as protestors and students get violent with their hatred of the Alpha but there’s something much worse than the Alpha. And it’s coming. I LOVED this book! (My husband also loved this book and was mad that he stayed up all night to read it. He told me next time to suggest something more boring.)

I Am the Mission by Allen Zadoff ADVENTURE ages 13+
The second book in the Unknown Assassin series, this fast-paced adventure will keep your kids hooked until the last page. At least it did for me. (The first book was just as good and the third comes out June 2015.) It starts after the last assignment where our teenage assassin had doubts, botched the job initially, and then finished it. This new assignment is to kill the leader of a radical militia camp for teenagers. Only everything goes wrong. Like maybe his handlers want him dead, too?

The Red Queen by Victoria Aveyard FANTASY ages 13+
Maybe a big predictable but I still enjoyed this dystopian novel about a world separated into classes labeled by blood color. The elite class, those with silver blood, possess magical abilities while the rest of the world is the hard-working red class with red blood and no magical abilities. Mare is a red and she’s not supposed to have magic but she does. To hide this truth, the royal family disguises her as a silver and she’s forced to play along. She decides to try to use her newfound position to help the rebellion, falls in love with the wrong prince, and is betrayed. It’s a great read – I can’t wait for the sequel. 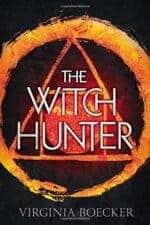 The Witch Hunter by Virginia Boecker FANTASY ages 12+
This is an adventurous series opener that will keep you on the edge of your seat. In a kingdom that outlaws the use of magic, Elizabeth hunts and imprisons witches (who have magic) until she herself is imprisoned. At the moment she’s to be burned, she’s rescued by a powerful wizard who shows her what’s really going on, things she’d never imagined and who she should really be fighting. 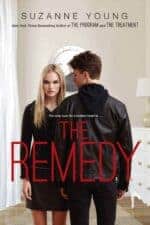 The Remedy by Suzanne Young SCI-FI ages 13+
In this futuristic world, “closers” are teenagers who pose as dead people to help grieving families of the suicide epidemic. I loved The Program and have this on my to-read list next. 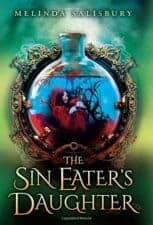 The Sin Eater’s Daughter by Melinda Salisbury FANTASY ages 13+
Her mother was the official eater of people’s sins after death. Now, Twylla lives in the castle as the prince’s fiancé and poisoner of anyone except the prince who she touches. But the truth is there’s much that Twylla does not know. When she finds out, nothing will be the same. I liked this book only alright – it’s good for an afternoon read and as a library check out.
I’ve added all of these reviews to my comprehensive book lists by age: