Scorpions and Butterflies by Barbara Dee

Welcome to the Violets Are Blue Blog Tour!

To celebrate the release of Violets Are Blue by Barbara Dee on October 12th, blogs across the web will be featuring exclusive guest posts from Barbara as well as 5 chances to win a signed copy all week long!

Scorpions and Butterflies
by Barbara Dee

Violets Are Blue is about the relationship between twelve-year-old Wren and her mother, Kelly—not the best mom in the world, and not the worst either. Kelly is addicted to opioids, but that’s not why she’s complicated. She’s complicated because she’s an excellent nurse working in the ER of a local hospital, struggling at home after a painful divorce. She’s an empathetic parent focused on her daughter’s well-being, intuitive—almost telepathic– about Wren’s feelings, but also capable of jealousy and moodiness. She’s Wren’s confidante about crushes and friend problems, Wren’s greatest fan and supporter of her makeup hobby—but she can be self-involved and unreliable as well.

In other words, Kelly is not a simple villain. Neither is she an all-knowing, cozy, cookie-baking mom calmly dispensing wisdom when Wren returns home from school. One of my goals in writing fiction for kids is to create adult characters—especially parents and teachers—in 3-D.  If they aren’t the main characters, they’re also not wallpaper, or in the story merely to support the kid. I think it’s important for middle grade readers to see that adults have inner lives, inner struggles, worthy of empathy and acceptance.

So although Violets Are Blue is written from the POV of Wren, it’s a book in which adult characters play significant roles, and are far from perfect. Dad’s behavior towards both Wren and Kelly is callous at first, as he immerses himself in his new family, but he truly loves Wren, and ultimately comes through for both Wren and Kelly. His new wife Vanessa is not a fairy tale evil stepmother, but a generous, jittery young mom who’s also a terrible painter. Kelly’s best friend Krystal is a no-nonsense health professional, but she badly misreads Mom’s (and also Wren’s) behavior. Even Wren’s idol Cat FX, whose special effects makeup videos Wren is obsessed with, acknowledges that she’s complicated: “Some days I’m a scorpion; some days I’m a butterfly.”

I’m always delighted when I hear from adult readers that they appreciate how much attention I pay to adult characters—especially the parents and teachers in Maybe He Just Likes You, My Life in the Fish Tank, Star-Crossed and Halfway Normal. Even when the adults are on the “villain” side of the ledger, like Ava’s mom in Everything I Know About You, I aim to give them some redeeming qualities.

My feeling is that if you’re writing realistic fiction, you have to be realistic not just about the themes and the plot, but about the characters as well. In real life, we’re all scorpions and butterflies, sometimes both on the same day, even in the same hour. I believe it’s good for kids to know this complicated truth—about all humans, including grownups. 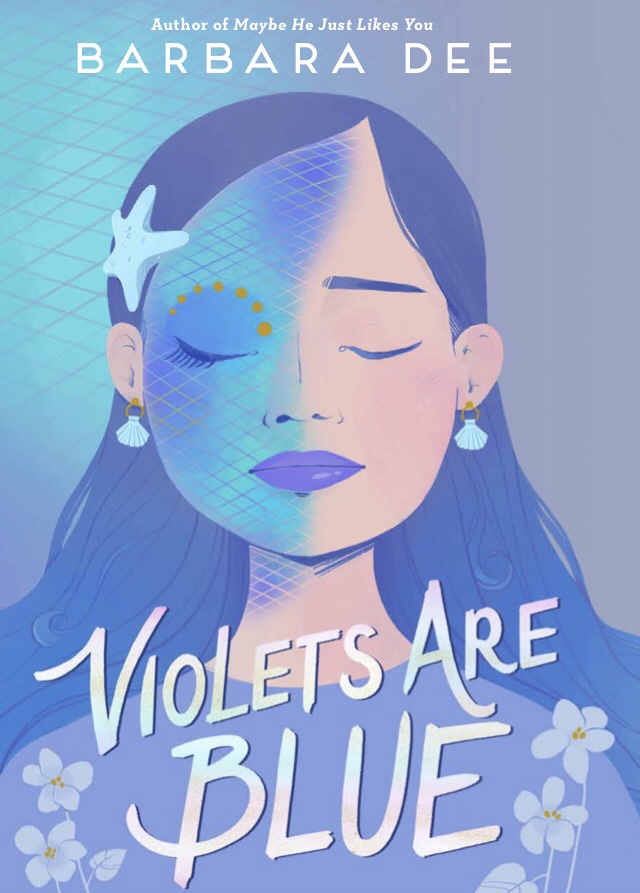 “Barbara Dee has done it AGAIN! She tackles tough topics with such great care. She is to middle schoolers today what Judy Blume was to me in the 80’s. I give Violets Are Blue ALL the stars and thumbs up.”
– Amanda Jones, 2021 School Library Journal Co-Librarian of the Year

“[F]requently poignant… With flawed, realistic characters and dynamics, this reconciliatory novel is a believable balm for young people at the mercy of adult choices and scenarios.”
– Publishers Weekly

From the author of the acclaimed My Life in the Fish Tank and Maybe He Just Likes You comes a moving and relatable middle-grade novel about secrets, family, and the power of forgiveness.

Twelve-year-old Wren loves makeup—special effect makeup, to be exact. When she is experimenting with new looks, Wren can create a different version of herself. A girl who isn’t in a sort-of-best friendship with someone who seems like she hates her. A girl whose parents aren’t divorced and doesn’t have to learn to like her new stepmom.

So, when Wren and her mom move to a new town for a fresh start, she is cautiously optimistic. And things seem to fall into place when Wren meets potential friends and gets selected as the makeup artist for her school’s upcoming production of Wicked.

Only, Wren’s mom isn’t doing so well. She’s taking a lot of naps, starts snapping at Wren for no reason, and always seems to be sick. And what’s worse, Wren keeps getting hints that things aren’t going well at her new job at the hospital, where her mom is a nurse. And after an opening night disaster leads to a heartbreaking discovery, Wren realizes that her mother has a serious problem—a problem that can’t be wiped away or covered up.

After all the progress she’s made, can Wren start over again with her devastating new normal? And will she ever be able to heal the broken trust with her mom?

Learn how to create the mermaid makeup effect from the cover!: 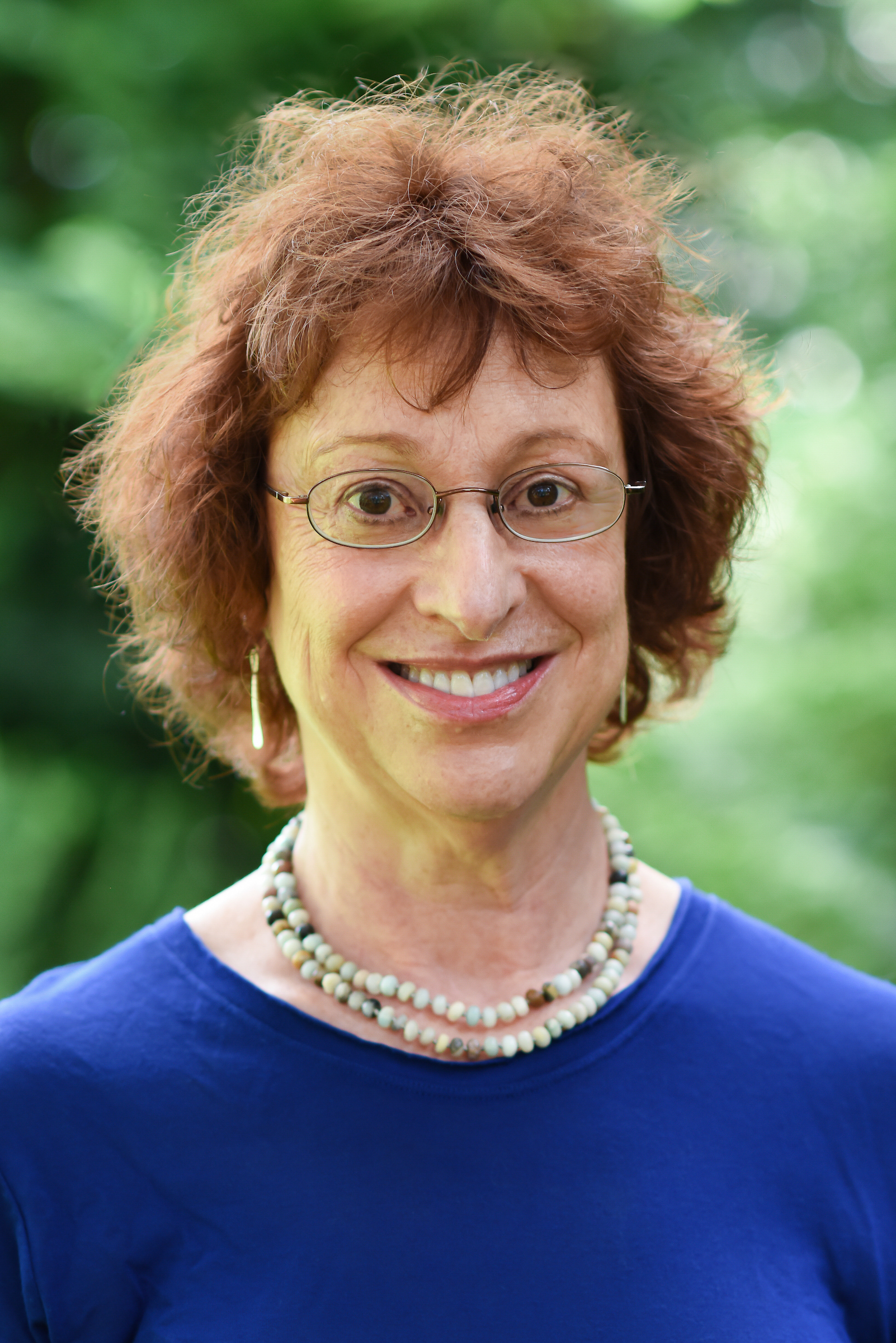 Barbara Dee is the author of twelve middle grade novels published by Simon & Schuster, including Violets Are Blue, My Life in the Fish Tank, Maybe He Just Likes You, Everything I Know About You, Halfway Normal, and Star-Crossed. Her books have earned several starred reviews, have been shortlisted for many state book awards, and have been named to best-of lists including the The Washington Post’s Best Children’s Books, the ALA Notable Children’s Books, the ALA Rise: A Feminist Book Project List, the NCSS-CBC Notable Social Studies Trade Books for Young People, and the ALA Rainbow List Top Ten. Barbara lives with her family, including a naughty cat named Luna and a sweet rescue hound named Ripley, in Westchester County, New York. 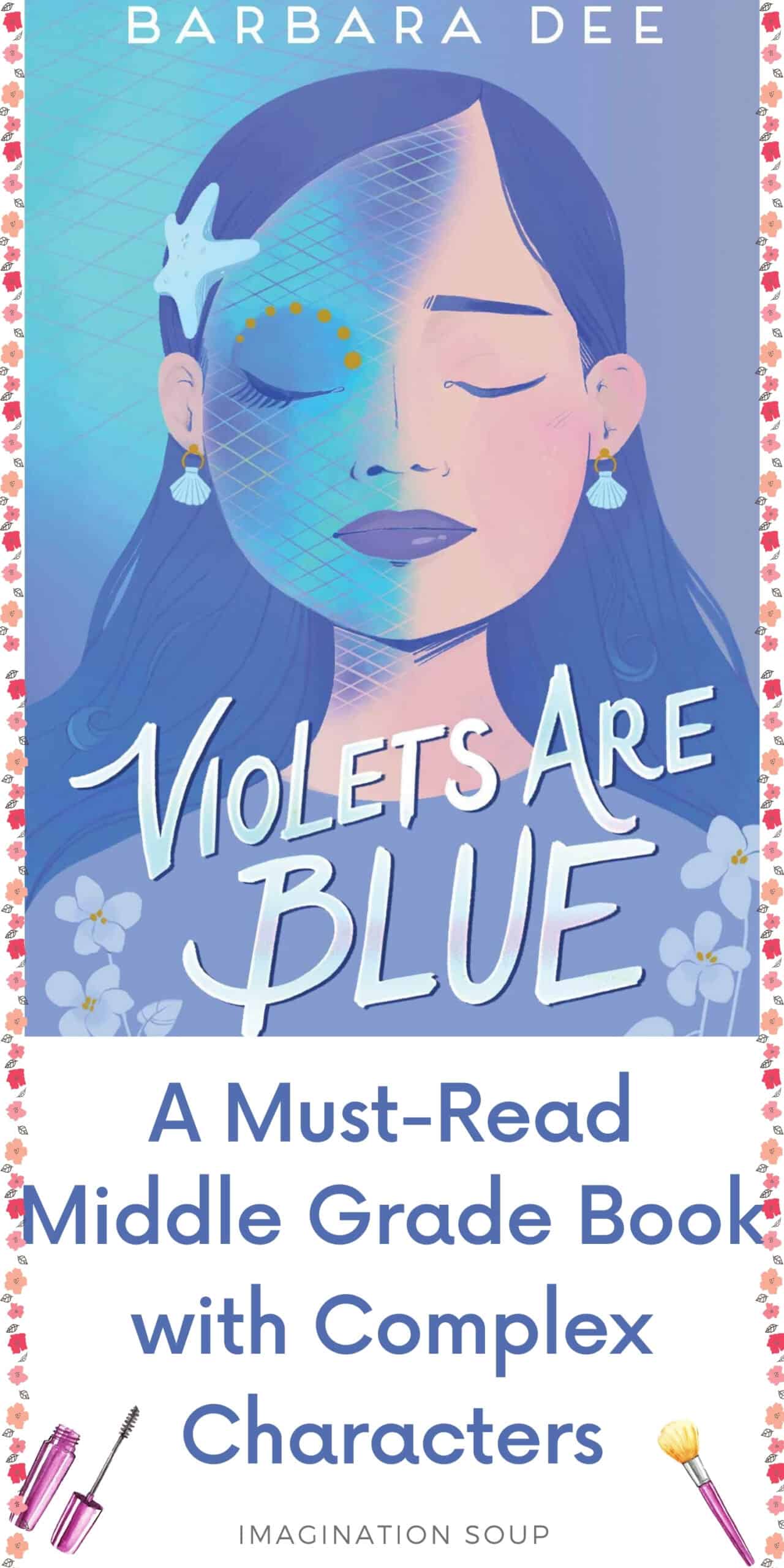 The Best Books About Middle School