Many of you have kids that LOVE, maybe even prefer, graphic novels. These 2018 titles recently hit bookstores and libraries. Maybe you’ll find what to read next. (My favorite on this list is Star Scouts.) 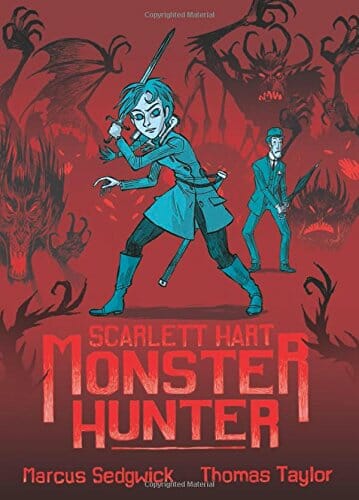 Scarlett Hart Monster Hunter by Marcus Sedgwick and Thomas TaylorScarlett is determined to follow her deceased monster-hunter parent’s path– even though she’s not old enough to do it legally. That’s where her devoted butler, Napoleon come in. He helps her, turning in her kills as his own. But the nefarious Count Stankovic wants Scarlett stopped. Not only that, he may be the reason for the influx of murderous, out-of-control monsters. My 13-year-old daughter enjoyed it more than I did. 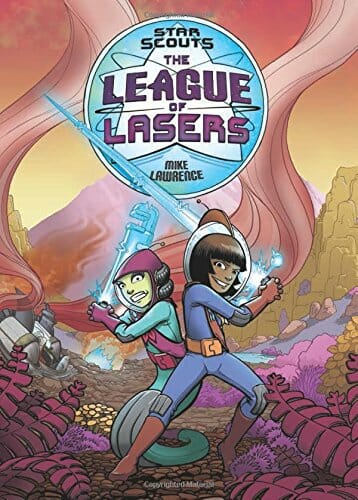 Star Scouts: The League of Lasers by Mike Lawrence
We love Star Scouts— and this second book is just as fantastic as the first. Imagine an intergalactic “scouting” club with its own summer camp, dangerous adventures, and belonging. In this second adventure,  Avani is recruited to be in a secret elite scouting group. Her initiation strands she and her biggest enemy without communication on an unknown planet. But there’s hope — a new friend, working together, and the planet’s fledgling space program. GORGEOUS graphic art plus a compelling, relatable plot! 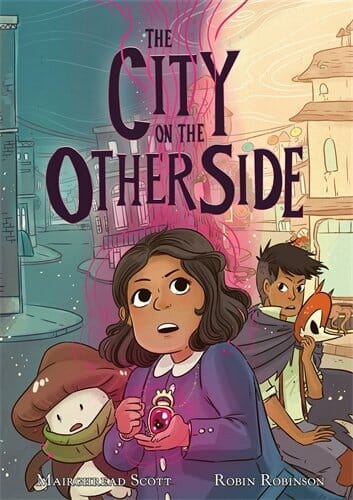 The City on the Other Side by Mairghread Scott and Robin Robinson
I read tons of fantasy books about fae — the seelie and unseelie. In this middle grade fae book, the two sides are at war and the ruthless unseelie ruler has kidnapped seelie princess. It was particularly interesting to see the creators’ interpretation of fae as not the deadly beautiful creatures in most stories but a variety of curious looking creatures — from a friendly mushroom guy to a fierce fishy warrior woman. Our heroine is a young girl named Isabel who finds a dying seelie outside her father’s cottage. She agrees to take the seelie’s magical necklace to a seelie general to help him stop the total destruction of the human world, particularly San Francisco. Isabel’s already crossed over into the fae world, now she must find clues to the general’s whereabouts as well as the location of the kidnapped princess. It’s an entertaining fantasy adventure with gorgeous artwork. 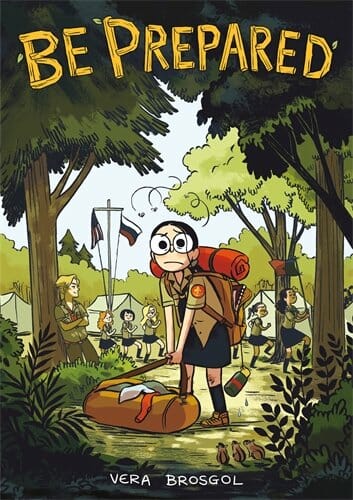 Be Prepared by Vera BrosgolRussian summer camp is not what Vera was hoping … at least until she finds a new friend. (Which takes awhile, lots of valuable life lessons, and many mishaps.) This is a slice-of-life glimpse into the author’s own summer camp experience. The illustrations are in green, black, and white, not full color. My daughter and I thought it was interesting but more of a check out from the library than buy book. 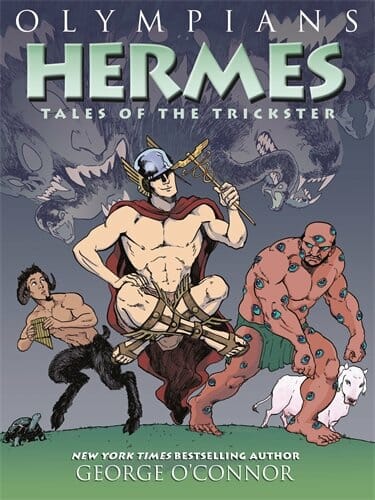 Hermes by George O’Connor
George O’Connor continues his graphic novels about Greek Mythology with a book focused on the trickster god Hermes. The stories, told by a traveler to a large man with many eyes, show Hermes playing pranks and outsmarting both his mom and Apollo even when he was a baby. You’ll learn that while Hera usually hates the children Zeus has by other women (this can be tricky to explain to your younger children!), Hera still adores Hermes. Hermes is not my favorite of O’Connor’s Greek Mythology series but if you’re interested in this god’s stories, the book gives you insight into his trickster character. Added to: The Best Greek Mythology Books for Kids 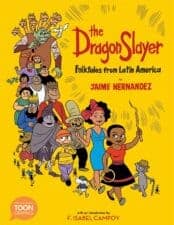 The Dragon Slayer: Folktales from Latin America by Jamie HernandezRead three Latin American folktales in a graphic (comic) format. The first is the story of a smart heroine who slays the dragon and marries a prince. The second is the story of a not-so-smart girl who marries a mouse and thinks she’s accidentally killed him — this didn’t resonate with me. The third is an unusual story of a lazy boy who delegates his work to the ants. None struck me as amazing or profound but I like the exposure to new stories and the Latin American flavor. 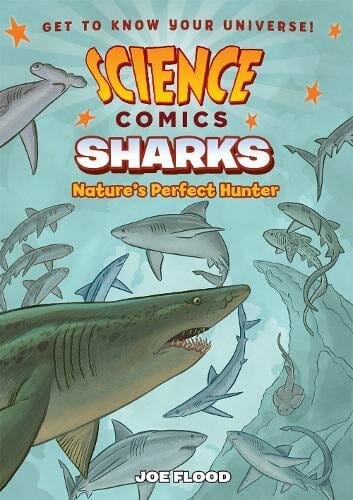 Sharks: Nature’s Perfect Hunter (Science Comics) by Joe Flood
It may be a comic book but it’s filled with as much information about sharks as any nonfiction book you’d find for this age group. There are pluses and minuses with this book — the pluses are the fantastic, colorful illustrations that add meaning and interest to the text. But the big minus is that it’s not organized like a nonfiction book meaning you can’t search a table of contents or index to find any specific topic. (I miss headers!) Although, now that I think of it, a cool learning activity would be to have your readers organize this book themselves — add in sticky notes to indicate the topics.