Do you love Kwame Alexander’s books? His latest book, Becoming Muhammad Ali, is written with James Patterson, and one of his BEST EVER.

After I read an early review copy, I had a chance to interview Alexander via Zoom.

In our chat, we talk about the book, figurative language, collaborating with James Patterson, and more! Scroll down for the video recording. You won’t want to miss it. 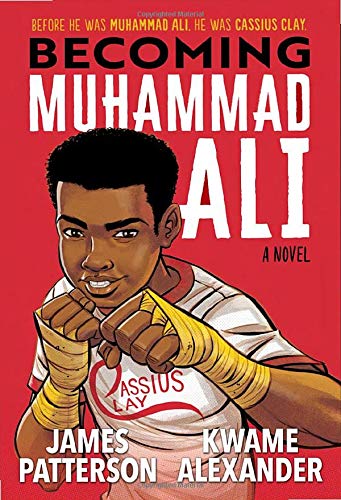 Before he was a household name, Cassius Clay was a kid with struggles like any other. Kwame Alexander and James Patterson join forces to vividly depict his life up to age seventeen in both prose and verse, including his childhood friends, struggles in school, the racism he faced, and his discovery of boxing. Readers will learn about Cassius’ family and neighbors in Louisville, Kentucky, and how, after a thief stole his bike, Cassius began training as an amateur boxer at age twelve. Before long, he won his first Golden Gloves bout and began his transformation into the unrivaled Muhammad Ali.
Fully authorized by and written in cooperation with the Muhammad Ali estate, and vividly brought to life by Dawud Anyabwile’s dynamic artwork, Becoming Muhammad Ali captures the budding charisma and youthful personality of one of the greatest sports heroes of all time.

Masterfully plotted and beautifully written, Becoming Muhammad Ali, is the stunning new middle-grade biography of Muhammad Ali from superstars James Patterson and Kwame Alexander. Alexander writes Cassius’s life in first-person verse, alternating with Patterson who writes in narrative prose from the point of view of Cassius’s good friend, Lucky.
Enthralling from the first page, this book gives readers the perfect details to set the stage for the man that Cassius becomes. His parents don’t encourage boxing, preferring academics, but Cassius is terrible at school. When he finds boxing, it becomes a powerful outlet not to mention, something at which he finally excels.
The poetry is Alexander at his best — vivid figurative language with an ideal cadence and an accessible narrative. Readers will zip through this page-turning biography; it’s both informative and inviting. I could NOT put it down. (And I wasn’t even interested in Ali before reading it. Now, I’m a big fan!)
Ali’s personality shines through the pages — a son, a friend, and a dedicated athlete who trains for hours each day; he’s cocky but likable and a gifted master of (rhyming) trash talk.
The authors’ writing transports us to the city of Louisville where racial prejudice is rampant, giving us details that show the unfair treatment of black Americans –such as not being able to go to the local amusement park or get a drink of water in a store downtown. Growing up, Cassius notices the unfairness and injustice, preparing him for the activist that he will become.
I read this book the day before the news about no indictments for Breonna Taylor’s murder. Taylor also lived in Louisville but many years after Ali. It struck me so deeply to compare Ali’s childhood with the current situation–the lack of progress in civil rights and the lack of justice for so many black Americans feels impossible to comprehend. In the interview below, I ask Alexander for his thoughts about the comparison of then and now. You might be surprised to hear what he thinks.

My Interview with Kwame Alexander

A big thank you to Kwame Alexander for taking the time to chat with me about this incredible book!

About the Authors of Becoming Muhammad Ali 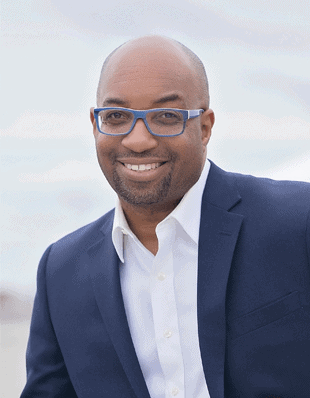 BIO: Kwame Alexander is a poet, educator, and the New York Times Bestselling author of 32 books, including SWING, REBOUND, which was shortlisted for prestigious Carnegie Medal, THE UNDEFEATED, illustrated by Kadir Nelson, HOW TO READ A BOOK, illustrated by Melissa Sweet, and, his NEWBERY medal-winning middle grade novel, THE CROSSOVER. A regular contributor to NPR’s Morning Edition, Kwame is the recipient of numerous awards, including The Coretta Scott King Author Honor, Three NAACP Image Award Nominations, and the 2017 Inaugural Pat Conroy Legacy Award. In partnership with Follett Book Fairs, he created the #AllBooksForAllKids initiative to bring more diverse books into school libraries. In 2018, he opened the Barbara E. Alexander Memorial Library and Health Clinic in Ghana, as a part of LEAP for Ghana, an international literacy program he co-founded. Kwame is the Founding Editor of VERSIFY, an imprint of Houghton Mifflin Harcourt that aims to Change the World One Word at a Time.

BIO: James Patterson is the world’s bestselling author. The creator of Max Einstein and Middle School, he founded JIMMY Patterson to publish books that young readers will love. He lives in Florida with his family.

Share this biography widely with the children in your life– it may just be their new favorite book.
–> BUY Becoming Muhammad Ali

Teachers, if you’re like me, you’re always on the lookout for books to use as mentor texts for growing writers. This book is one that showcases a wealth of good writing strategies including figurative language, showing not telling, sensory details, details that matter, sequencing, character development, and much more; there’s so much richness in this text.

Finally, we learn so much from biographies. Get children reading a biography that feels like a narrative novel — and hook them on the power and wisdom of living someone else’s real-life for awhile. 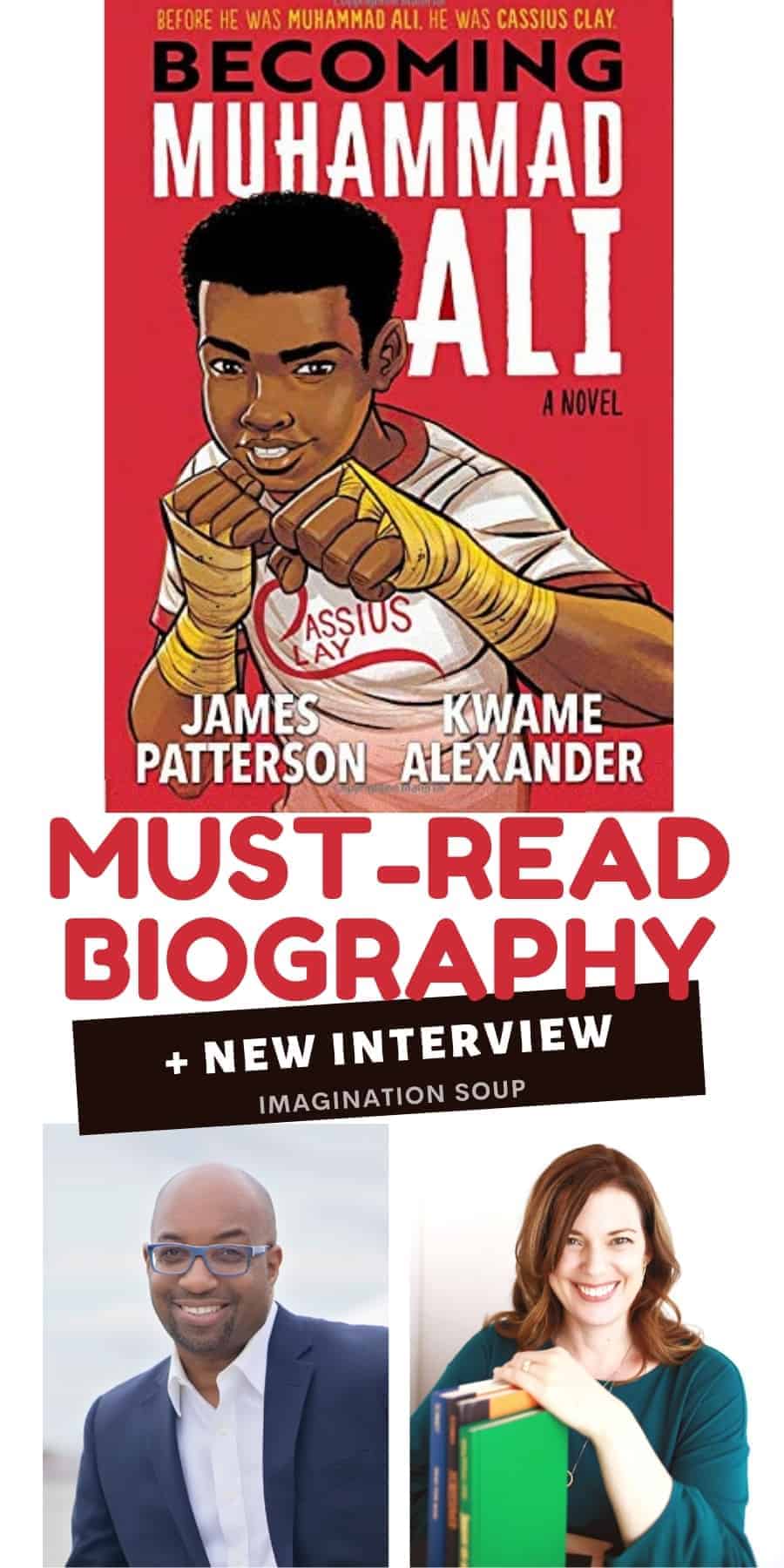 Novels in Verse That Get Kids Reading 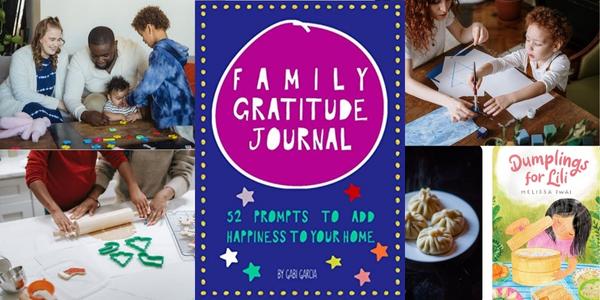