Get your kids reading more with graphic novels. Here’s what’s new — and good. (I’ve starred books that will be on my “best of 2020” with a purple star.) 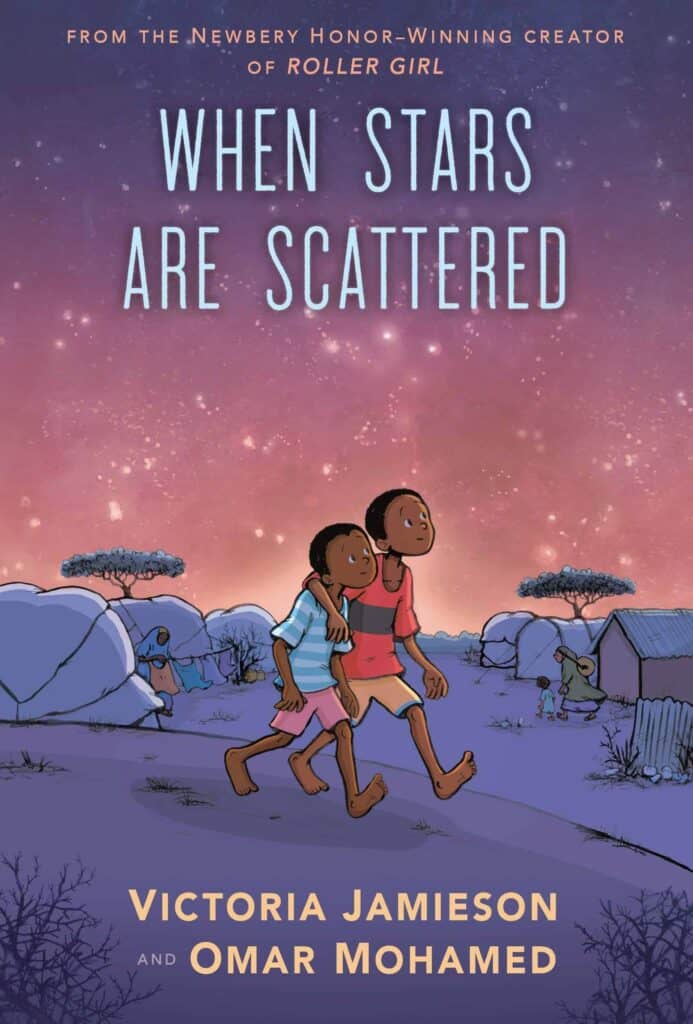 ages 8 – 12
REFUGEE MEMOIR
In an emotional true story of a Somali boy and his brother who grow up in a Kenyan refugee camp, readers are transported into the boys’ day-to-day lives of hunger and boredom. Omar doesn’t attend the dusty camp school until age 11 because he cares for his younger brother Hassan who has special needs until their kind older guardian takes over. When the brothers get an interview with the UN, Omar gets his hopes up that they might be approved to go to the U.S….but nothing happens. Years pass with many struggles yet education and the camp friendships continue to be bright spots for Omar. The book ends with a bittersweet, wonderful new beginning. 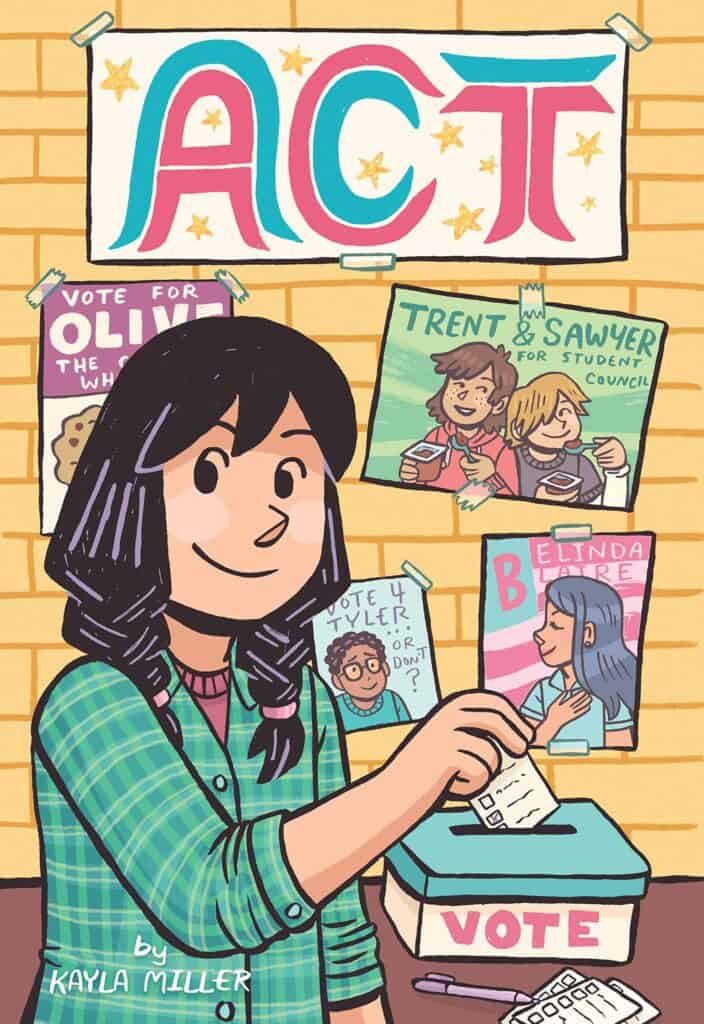 Act by Kyla Miller
ages 8 – 12
ACTIVISM
Olive is upset when she learns that a classmate can’t afford the fees for a class field trip. Her aunt suggests that Olive organize a protest. She does research at the library and ends up doing a petition and a sit-in. Unfortunately, no one else seems to care so Olive spontaneously runs for student council — which offends her friends. She learns about other big issues students face that should be changed like when only the girls get dress code violations and issues students’ privacy and homework. Readers will see that one girl CAN make a difference! Engaging, inspiring, and perfect for the world right now. 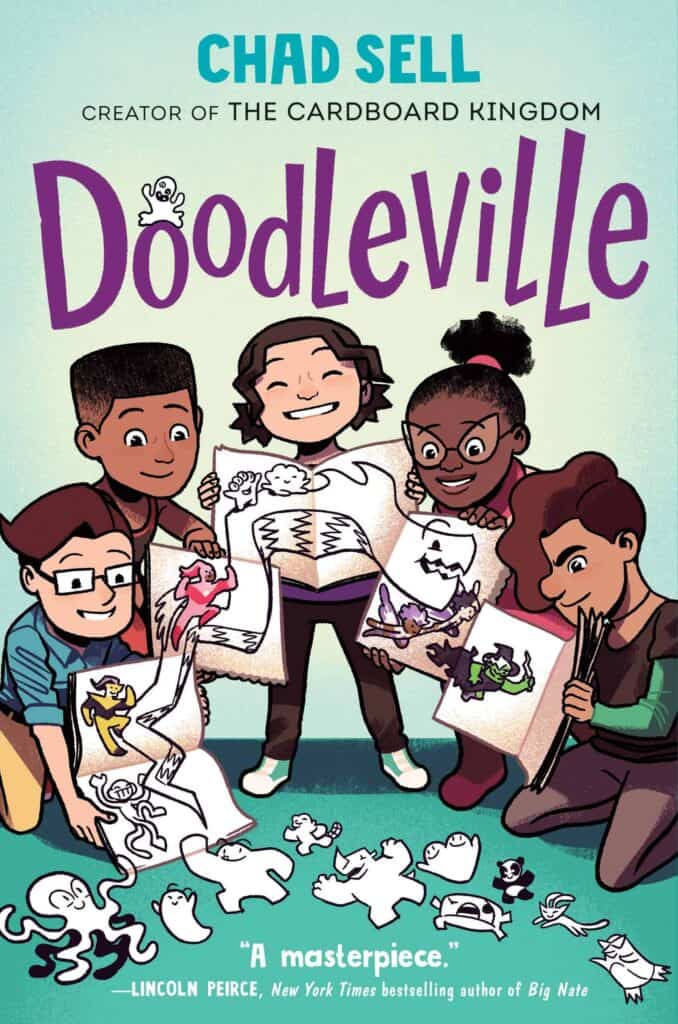 Doodleville by Chad Sell
ages 8 – 12
SELF CONFIDENCE / CREATIVITY
Drew is an artist whose mischievous doodles don’t seem artistic enough compared to the other art club students’ work. Her doubt turns into a destructive Leviathan doodle. The art club members rescue her other doodles and helps them power-up; they all work together to stop the Leviathan from taking over and eating everything. As Drew gains confidence in herself and her abilities, we see the connection between her monster and her inner thoughts. An action-packed adventure featuring the personification of emotions and creativity! 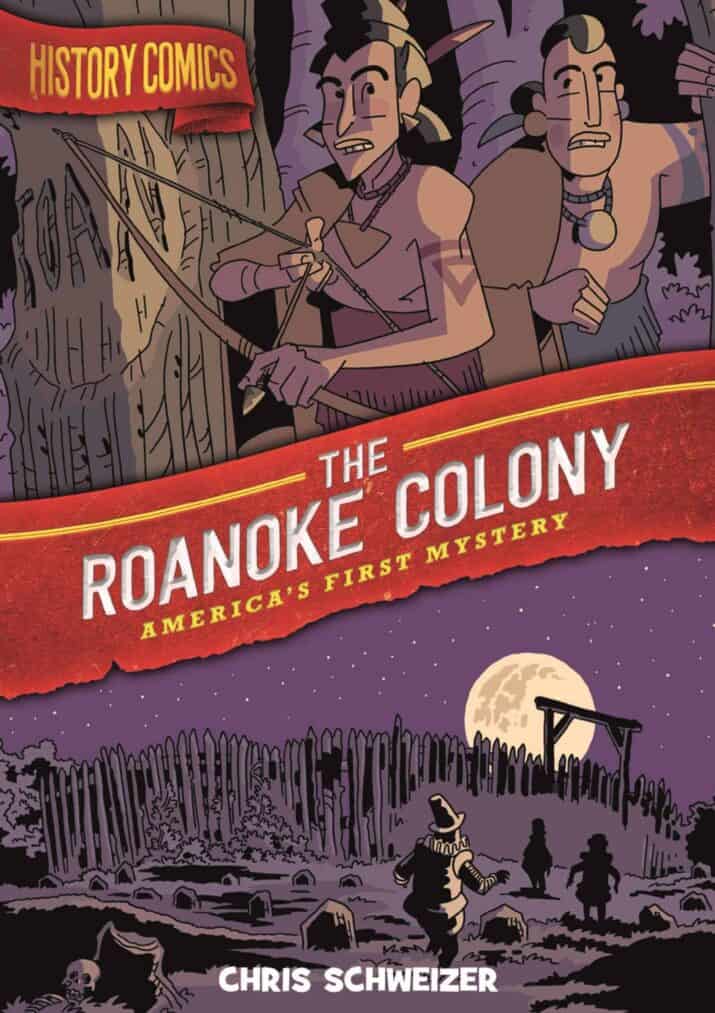 History Comics: The Roanoke Colony: America’s First Mystery by Chris Schweizer
ages 8 – 12
UNITED STATES HISTORY
Learn about the Native American nations that occupied the land in and around Roanoke including their life and culture. Then learn about the politics of England and Spain that led to Europeans arriving to settle the land already occupied by Native Americans. What happened afterward, only some of it known…We do know about the unscrupulous English colonial leaders, a pirate captain with an agenda, and the initial colonial settlement(s). But did you know that all the European colonists of Roanoke vanished? More than once? Kids will enjoy this historical comic book that brings early American history to life, in an intriguing, interesting, and three-dimensional way. 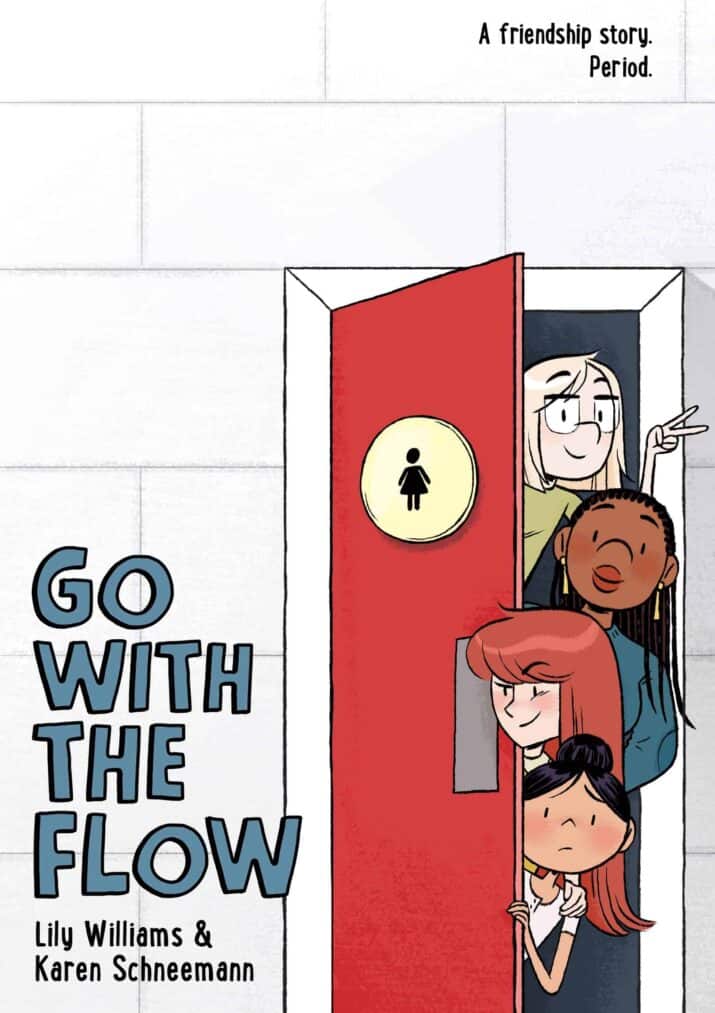 Go With the Flow by Karen Schneemann, illustrated by Lily Williams

YA ages 12+
ACTIVISM / FRIENDSHIP / WOMEN’S RIGHTS
This YA graphic novel about periods, women’s rights, friendship, and activism is SO good! New to the high school, Sasha gets help from a group of girls when she gets a (messy) first period— and they invite her into their friend group. One of the friends is outraged that the bathrooms aren’t stocked with female supplies, let alone they don’t have any FREE supplies. So, she and her friends take action—writing a blog, creating art, and even vandalizing the school to make a statement. All the while, we see the ups and downs of high school life, which is made easier by a supportive group of girlfriends. 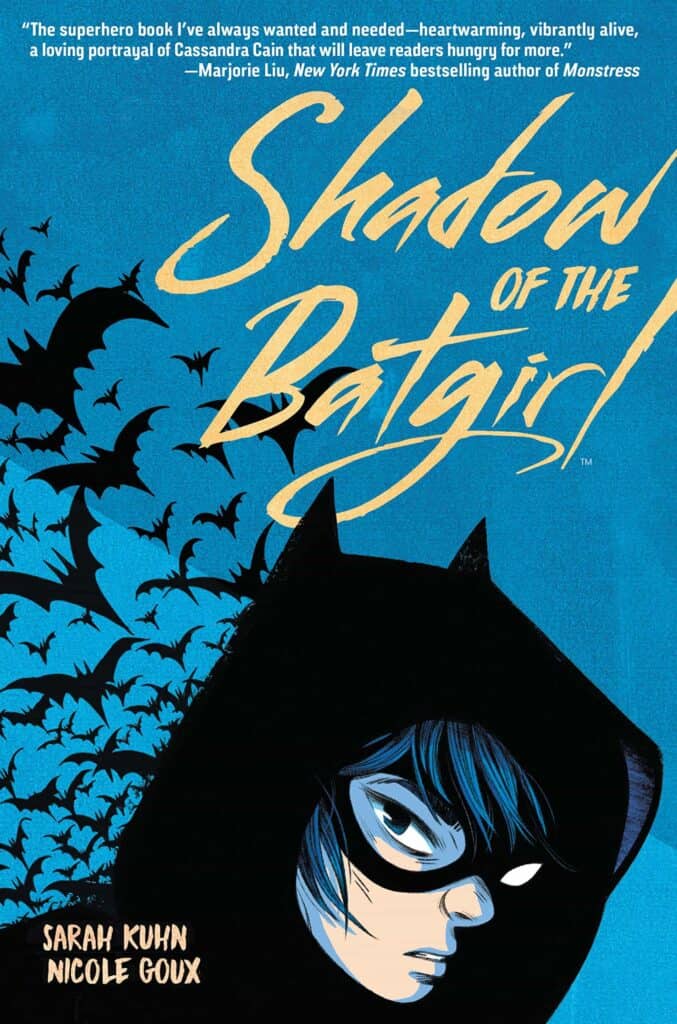 Shadow of the Batgirl by Sarah Kuhn, illustrated by Nicole Goux

YA ages 12+
VILLAIN TO HERO ORIGIN STORY
You are going to LOVE this origin story of Cassandra Cain, an abused Asian American girl trained as a killer who, in an incredible character arc, ends up becoming Batgirl. Not only is Cass illiterate but she barely understands any spoken words. She realizes that there might be a different way to live and runs away to the library where she discovers the meaning of friendship, choices, and heroism. 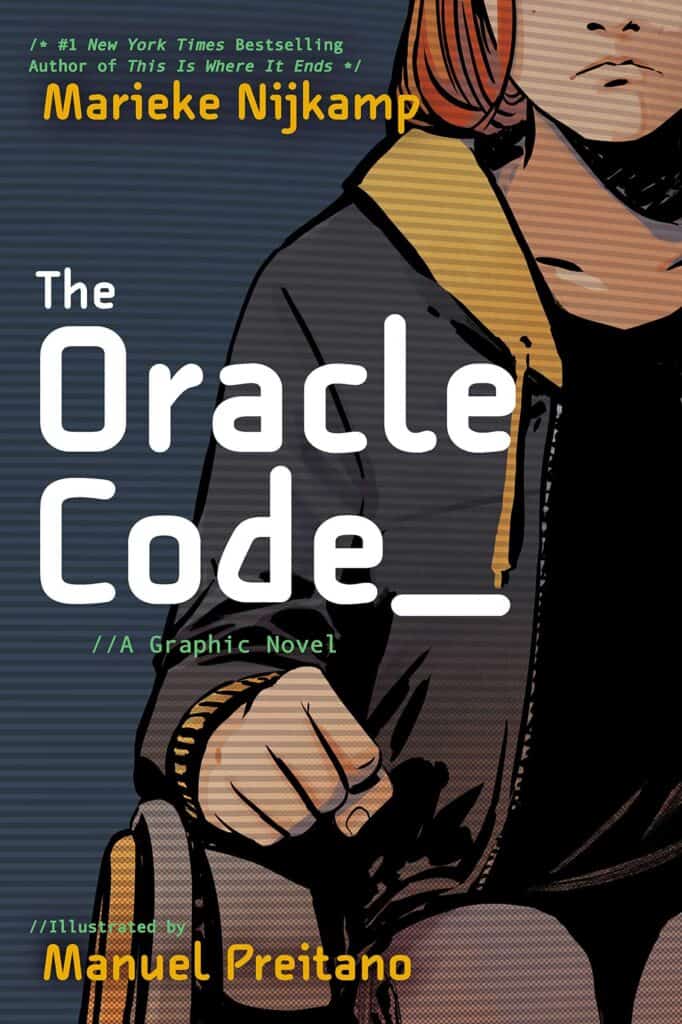 The Oracle Code by Marieke Nijkamp, illustrated by Manuel Preitano
YA ages 12+
MYSTERY / PHYSICAL DISABILITY / ORIGIN STORY
Hacker teen Barbara Gordon is paralyzed after she tries to stop a robbery. Now she’s in a strange rehab facility to get used to her wheelchair where she realizes something is very wrong— some of the kids are disappearing. As she tries to figure out what’s happening, she learns to trust both herself and other people again. This helps her unravel the secret behind the missing kids. Excellent character development and suspenseful plot. 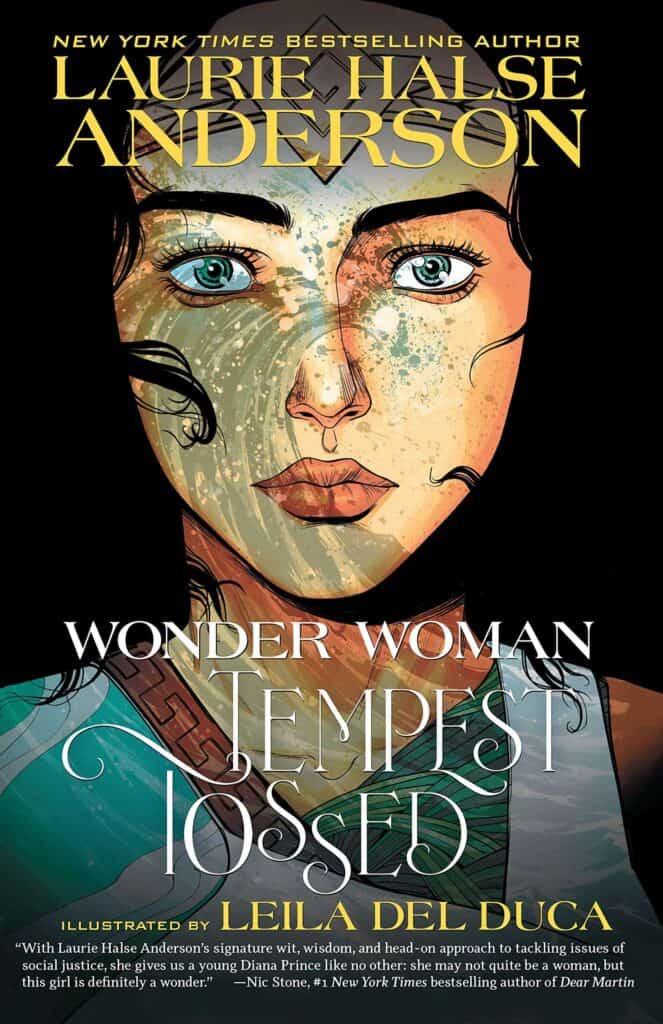 Wonder Woman Tempest Tossed by Laurie Halse Anderson, illustrated by Leila Del Duca
ORIGIN STORY
YA ages 12+
In this reimagined refugee origin story, Diana leaves the safety of her island to rescue drowning children then gets stuck outside the island’s secret border. She arrives in a refugee camp where she befriends two Americans who help her get to the US. All the while, she feels lost and displaced. In her new home, Diana stops a child trafficking scheme and realizes that helping others on the outside of her island is where she belongs. 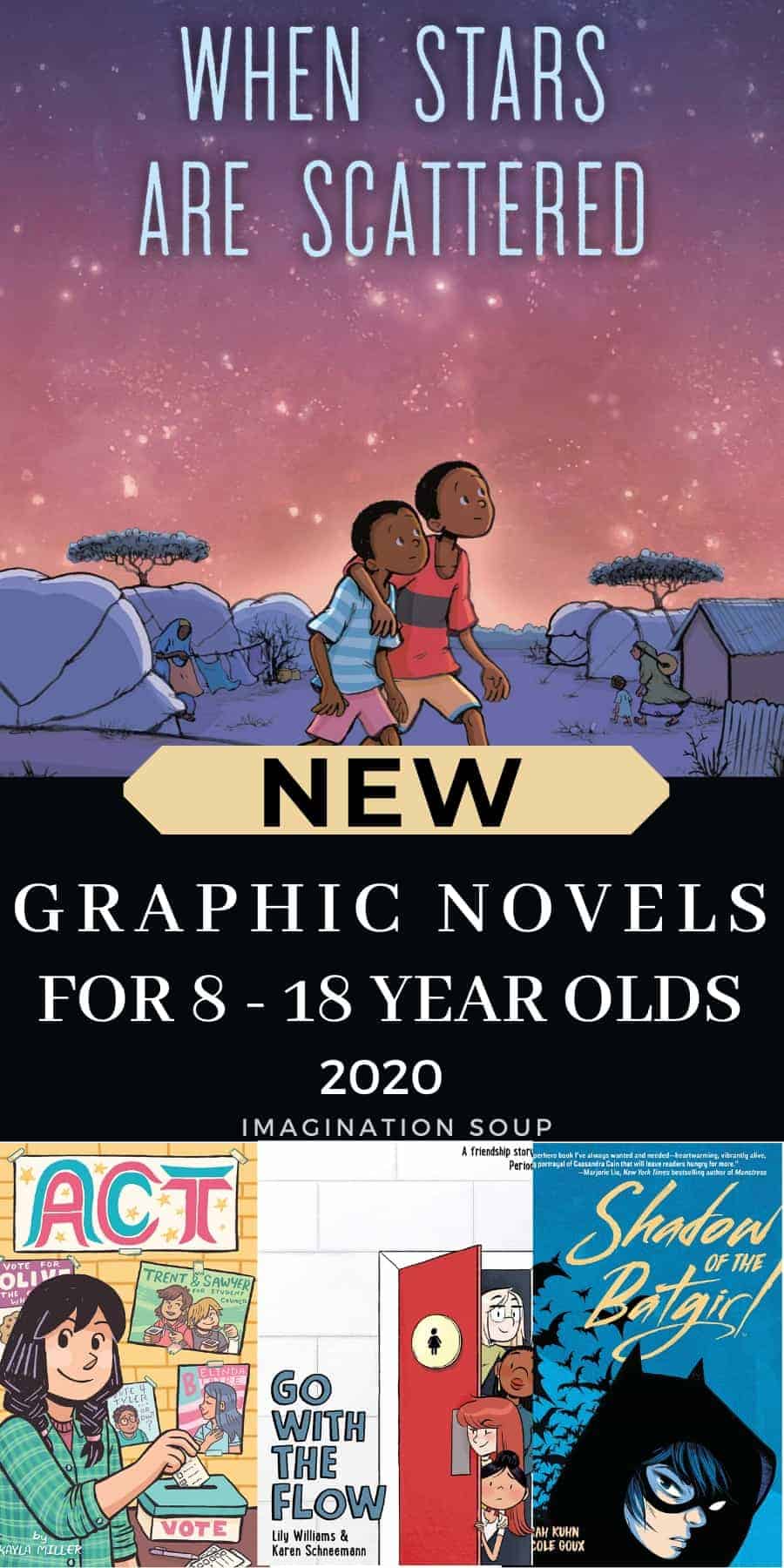 The Best Graphic Novels for Kids of All Ages

Picture Books That Teach Kids About Prejudice, Inclusion, and Kindness