Your goal in Hive Mind, an exciting new board game for 3 to 12 players ages 8 and up, is to think like the other “bees” or . . . get kicked out of the hive. My family had a blast playing this party game! We love playing games together so it’s awesome to find a game like Hive Mind that is both easy to play and spans a wide age range.

Tabletop game fans will be interested to know that Hive Mind, from Calliope Games, was designed by Richard Garfield who also created Magic: The Gathering. 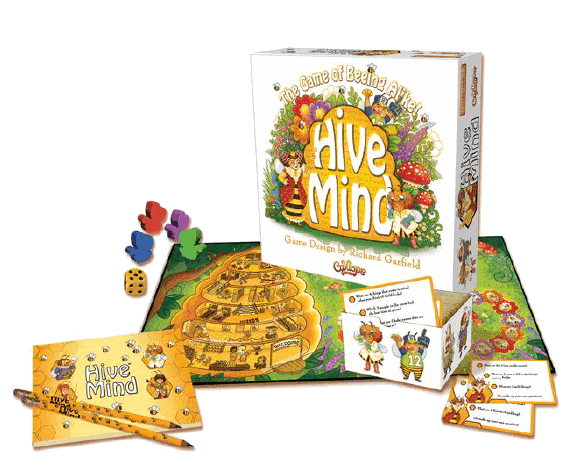 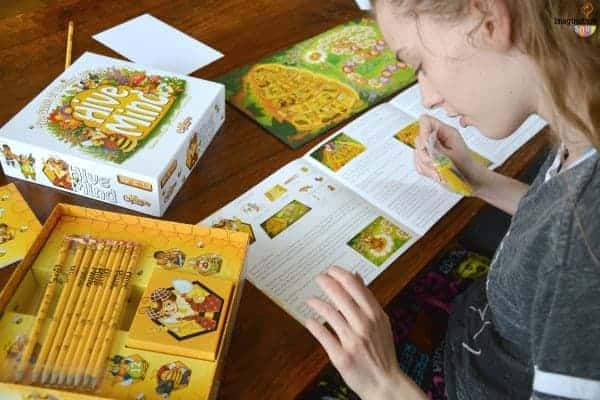 Players are bees, or Beeple, who start at the top of the hive, level 1. If you get the lowest score of all the players during a question round, you move one level down, from level 1 to level 2 and so forth.

(There will be a few obstacles to stop leveling down as well as instances when the flower path makes you move down two or three levels at a time.) 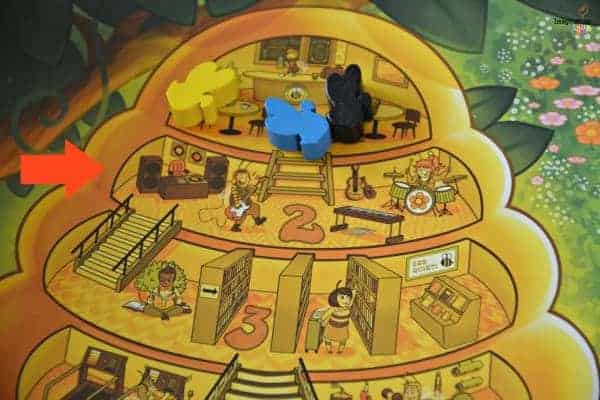 The queen bee moves on the flower path next to the hive. The player who will be reading the question rolls to move her, then reads a question from the box.

The flower spots indicate how many levels on the hive the loser must move — from one to three. 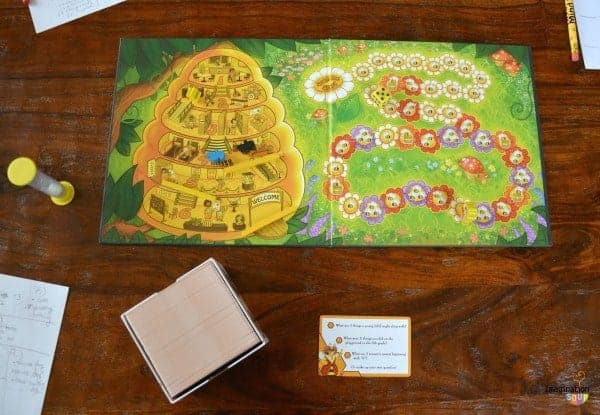 After moving the queen, a player draws a card from the box and ask one of the questions. For example, you might ask this question: What are 4 things that might be passed down from previous generations?

You’ll get MORE points for every question that is the SAME as the other players. Get too random and your score goes down.

Because the goal is hive mind — to be in sync with the other bees. 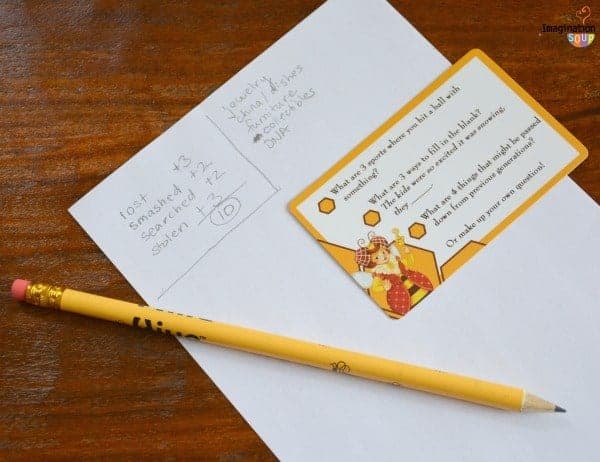 The strategy of trying to guess what other players is different than most games and quite fun.

When it comes time to read your answers and hear everyone else’s, there will be lots of laughter, especially the weird, random answers.

Again, the lowest score moves down in the hive. 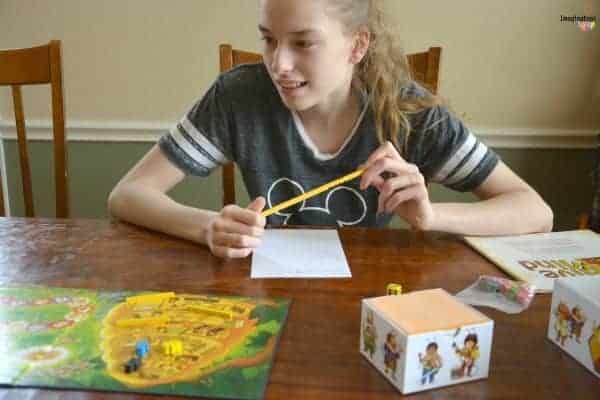 The game ends when one or more bees leave the hive. 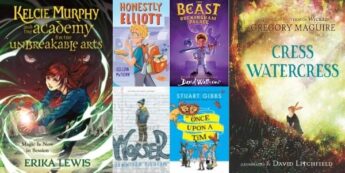