If your kids are like mine, they love stories about fairies and want to believe they are real! Encourage this imaginative world with stories starting with picture books and continuing to middle-grade chapter books.

What fairy books are your favorites? 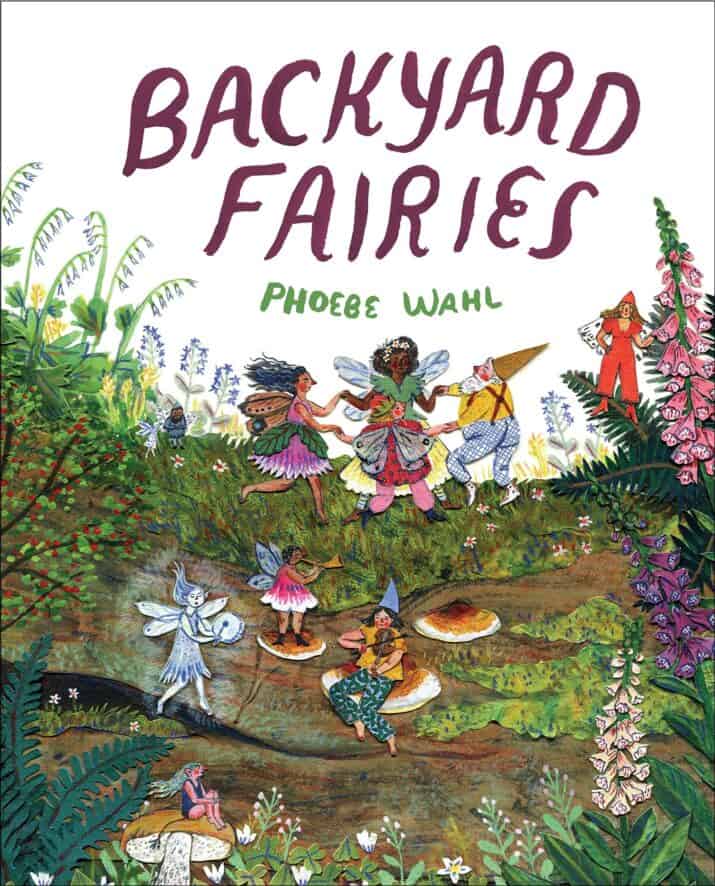 Backyard Fairies by Phoebe Wahl If you look, you can find the clues that fairies are real. Look on each page to find magical creatures as you follow the girl who is searching for traces of magic. 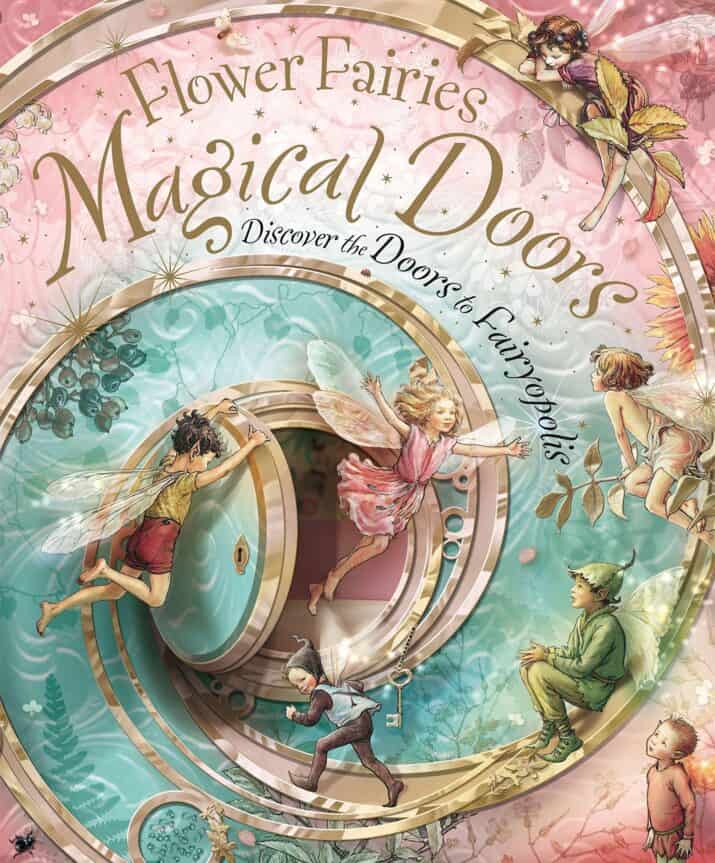 Flower Fairies Magical Doors by Cicily Mary Barker
What a treasured book this is at my house! This is a gorgeous book filled with pop-ups, paper ephemera, and other interactive features including lift-the-flap fairy doors. The darling story shows a little girl who discovers the world of magical flower fairies in her new house. 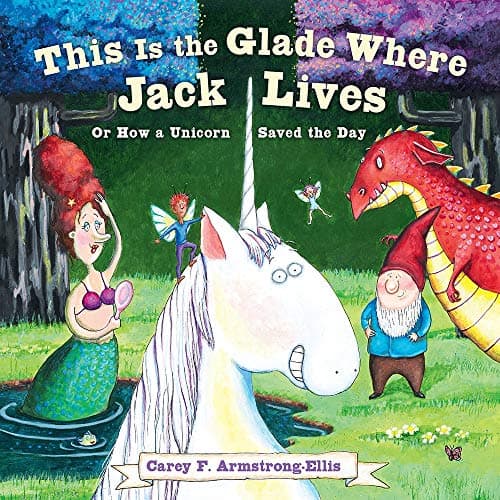 This is the Glade Where Jack Lives Or How a Unicorn Saved the Day by Carey F. Armstrong-Ellis
Fantasy creatures and all-white characters cleverly reenact the familiar poem, “This is the house that Jack built”, but in a fairy tale setting. “This is the mermaid, spritzing hair spray, that trips up the imp, all warty and gray, that stole the cake that fairies baked that was brought to the gnome that dwells in the tree that grows in the glad where Jack lives.” Jack is the unicorn — and he will fix everything when it’s all gone totally awry. 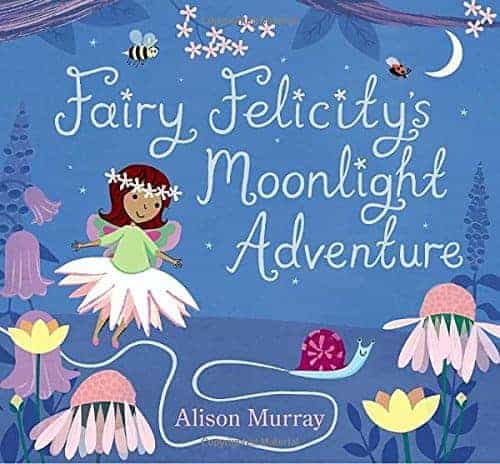 Fairy Felicity’s Moonlight Adventure by Alison Murray Sweet, purple-toned illustrations show
Fairy Felicity as she follows snail’s raised, sparkly trail through the night garden, the greenhouse, the orchard, the pond, until she finally reaches her surprise birthday party with all her friends. Kids can use their fingers to follow the snail’s trail with Felicity, too. 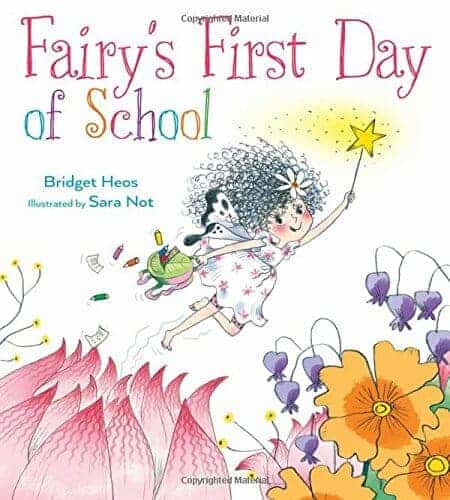 Fairy’s First Day of School by Bridget Heos, illustrated by Sara Not
Fairy’s mom tells her what to expect on her first day of school. A nice teacher, other fairies, learning new things, centers like art and spells, clean-up time, jobs, recess, lunchtime, and so on. Similar to a human’s first day of school, children will enjoy the fairy’s first magical day that ends with smiles and cuddles. 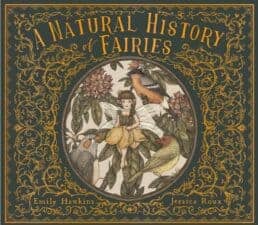 A Natural History of Fairies by Emily Hawkins, illustrated by Jessica Roux
Extensive information about the life of fairies from the anatomy, life cycle, wings, camouflage, habitats, fairies of the world, and so much more — a lot more! Illustrated in earthy colors and filled with handwritten notes and beautiful layouts this is a superbly rendered tome. 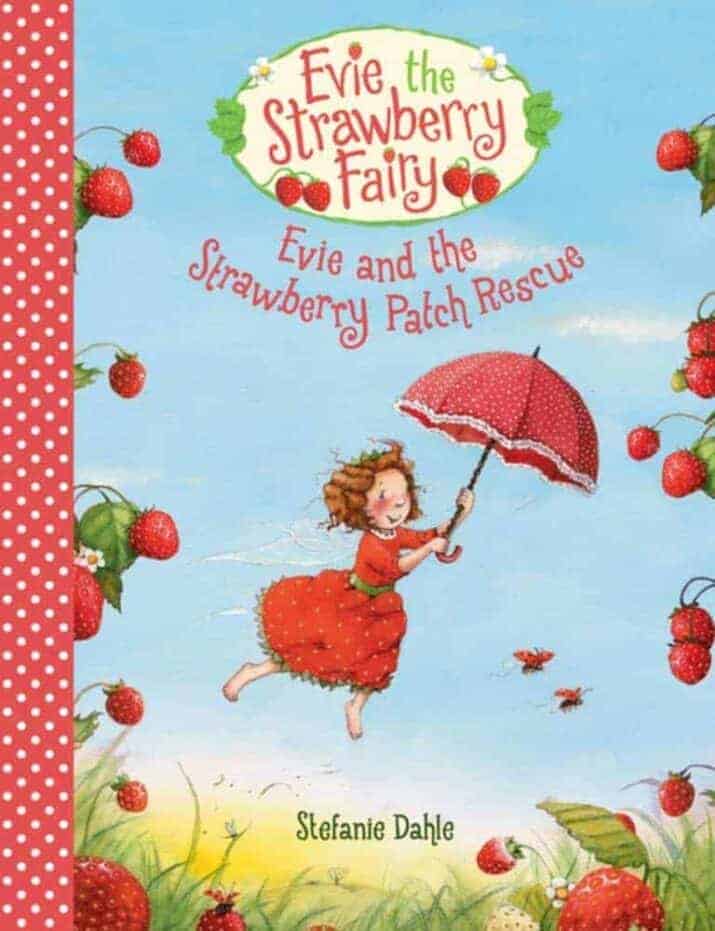 Evie and the Strawberry Patch Rescue by Stefanie Dahle
Perfect for kids who love fairies, they will enjoy this sweet story about a strawberry fairy who protects her crop from too much rain. 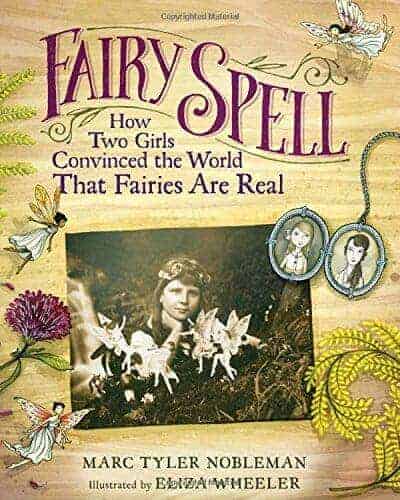 Fairy Spell How Two Girls Convinced the World That Fairies Are Real by Marc Tyler Nobleman, illustrated by Eliza Wheeler
You will want to believe that these two English girls really did see fairies as they claimed. They even convinced the famous Conan Doyle that they did. But, you’ll eventually learn that it was all a hoax— revealed only when the girls became old women. The delicate illustrations help tell this enchanting true story. You’ll also see the black and white photos the girls took to document their fairy sightings. 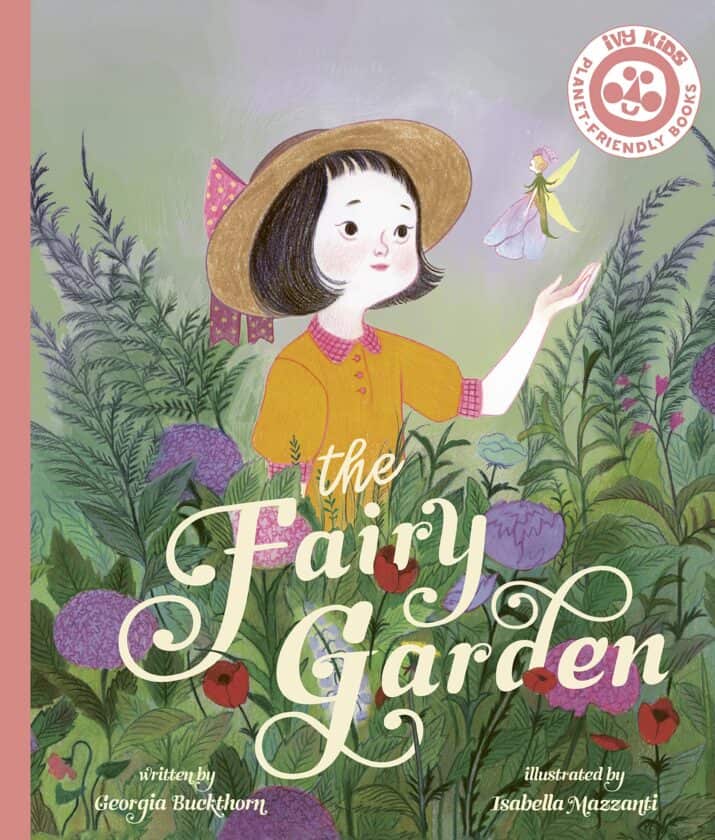 The Fairy Garden by Georgia Buckthorn, illustrated by Isabella Mazzanti
A little girl named Mimi wants to make a fairy garden and so she pulls the weeds and sprays bug spray. After days pass and no fairies come to her garden, they explain that the bug spray hurts them and they also prefer weeds and leaves. Mimi changes her approach and makes a welcoming, safe space for the fairies that they love, without sprays and with plenty of weeds. 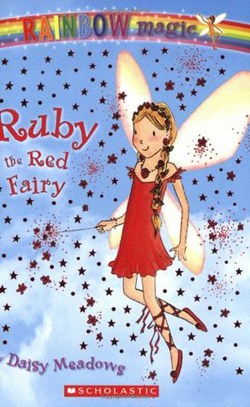 Rainbow Magic Fairies by Daisy Meadows
ages 6 – 9
These are very predictable but kids ADORE these books – they are some of the most checked-out books at our library. They’re about two human girls who are trusted to help the magical fairies search for something Jack Frost’s goblins stole. 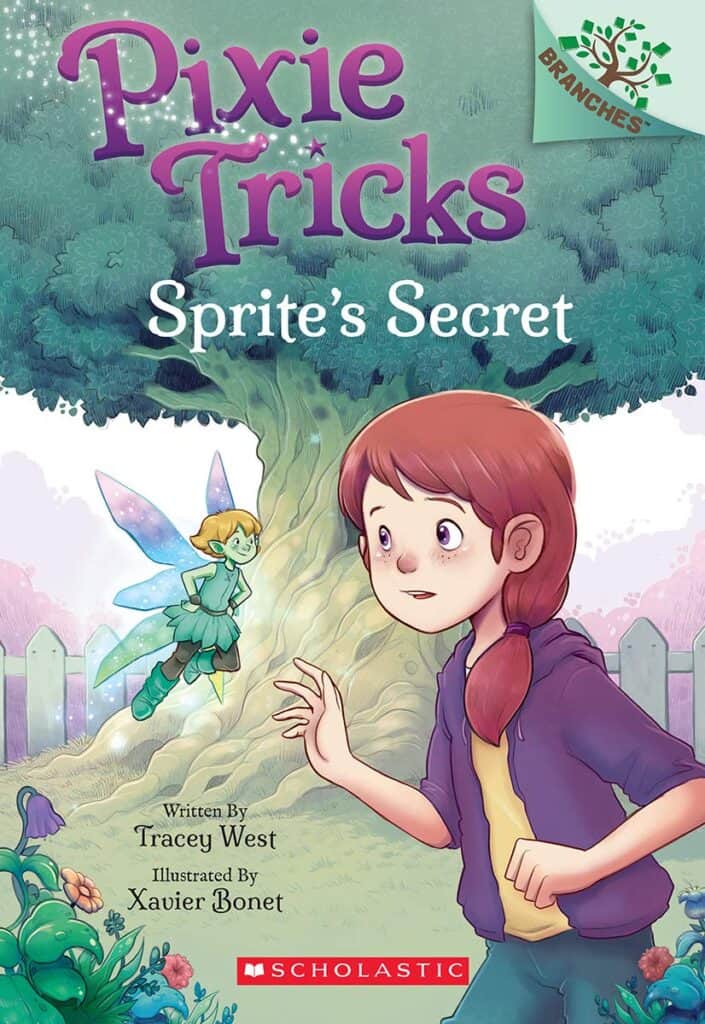 Sprites Secret Pixie Tricks by Tracey West, illustrated by Xavier Bonet
ages 6 – 9
Violet meets a pixie who needs her help capturing the mischief-making escaped fairies from the Otherworld — and returning them back to the Otherworld before something bad happens… First, they’ll start with a naughty fairy named Pix who wants everyone to play with him all the time — and not do anything else like eat or sleep. Sprite sometimes forgets things (he’s new at the job) but finally, he finds the answer for sending Pix back to where he belongs. 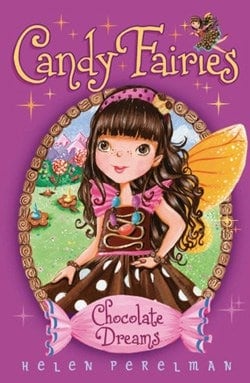 Candy Fairies: Chocolate Dreams by Helen Perelman
ages 6 – 9
Each of the candy fairies has a specialty starting with Coco the Chocolate fairy. In this adventure, she’s blamed for the missing chocolate eggs that Mogu the troll stole. Coco needs to find the eggs and return them so the balance will return to Sugar Valley. Yummy adventures that fairy-loving readers will love! 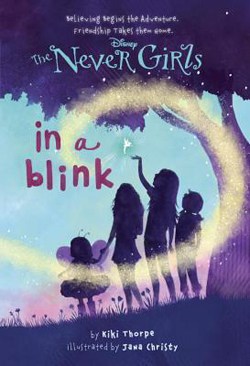 Never Girls by Kiki Thorpe
ages 6 – 9
Human siblings and friends accidentally travel from England into the Never Land fairy world of Tinker Bell. What adventures they will have?! These stories are often a favorite choice to read independently for new readers about 2nd grade. 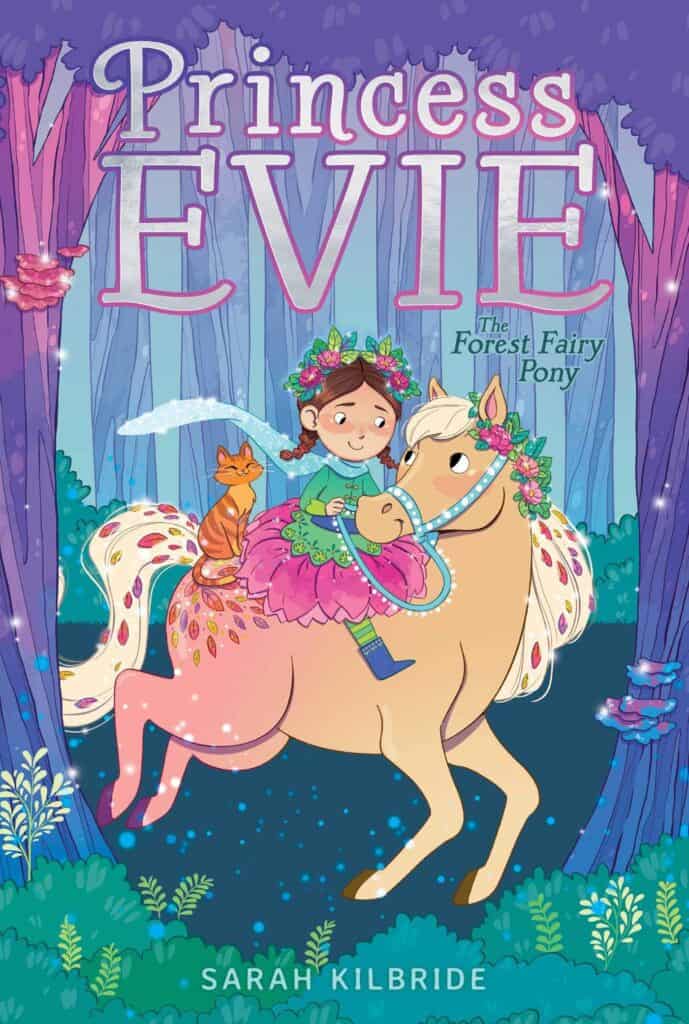 Princess Evie by Sarah Kilbridge
ages 6 – 9
Before Princess Evie starts a new class at school, she and her magical pony, Willow, and cat, Sparkles, help the fairies on their first day of school. She partners with a new friend to rescue a baby hedgehog. Kids will love the combination of horses, magic, and friendship in a wonderful adventure story. 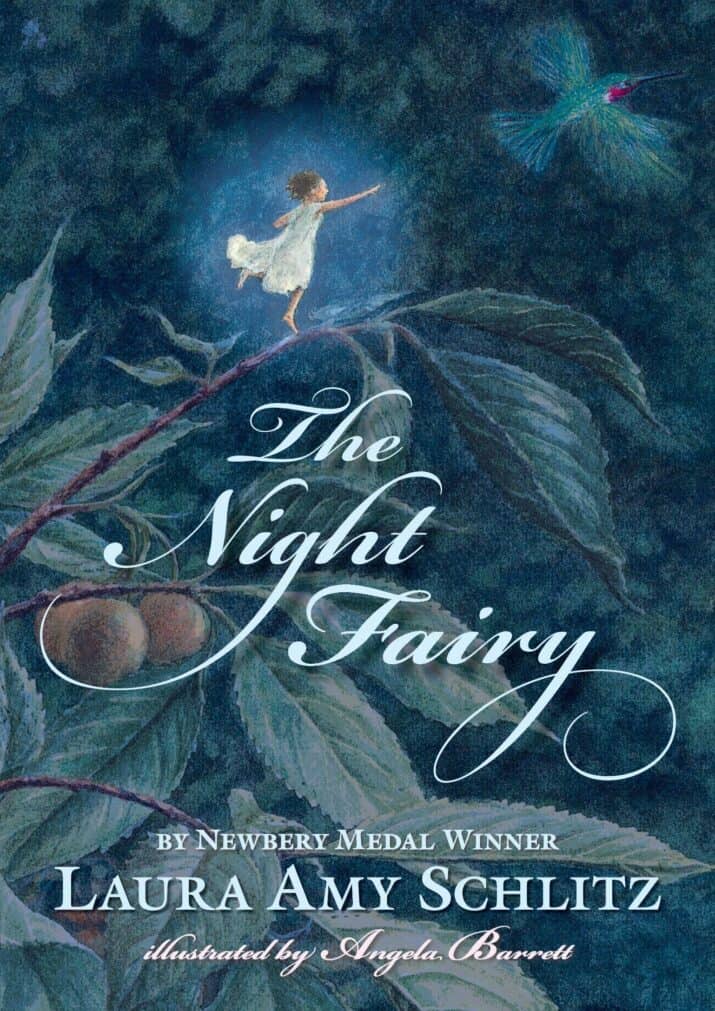 The Night Fairy by Laura Amy Schlitz, illustrated by Angela Barrett
ages 8 – 12
The Night Fairy is a story of growth, friendship, and redemption. Flora, as a young fairy loses her wings to an over-enthusiastic bat, who didn’t realize she wasn’t a moth. She bitterly resigns herself to living during the day and finding other animals to obey her commands. When Flora has the choice to save a hummingbird, even though the hummingbird won’t promise to obey her, Flora realizes that it is within her power to forgive, be compassionate, and be brave. 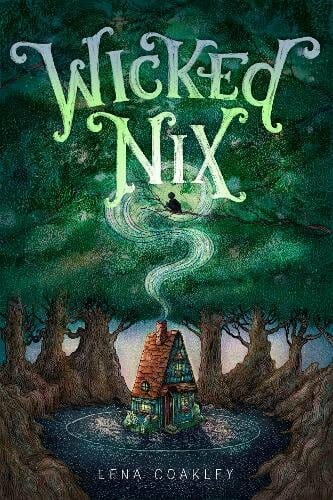 Wicked Nix by Lena Coakley, illustrated by Jaime Zollars
ages 8 – 12
Fairy Nix is left to guard the woods for his beloved queen. He’s particularly annoyed by a human man who lives in a cottage in his woods because the Queen won’t like it. Nix tries to figure out how to get rid of the man. His friendship with the wise human child, Rose, gives him new ideas. But after another encounter, the man reveals to Nix that Nix is really not a fairy but a human child who was stolen long ago from his family. It’s a bittersweet, tender story about a lost boy who finds that everything he’s believed is a lie. And I LOVED it so much. This is a magnificent tale with an innocent, unreliable narrator for whom you’ll feel all the feelings… 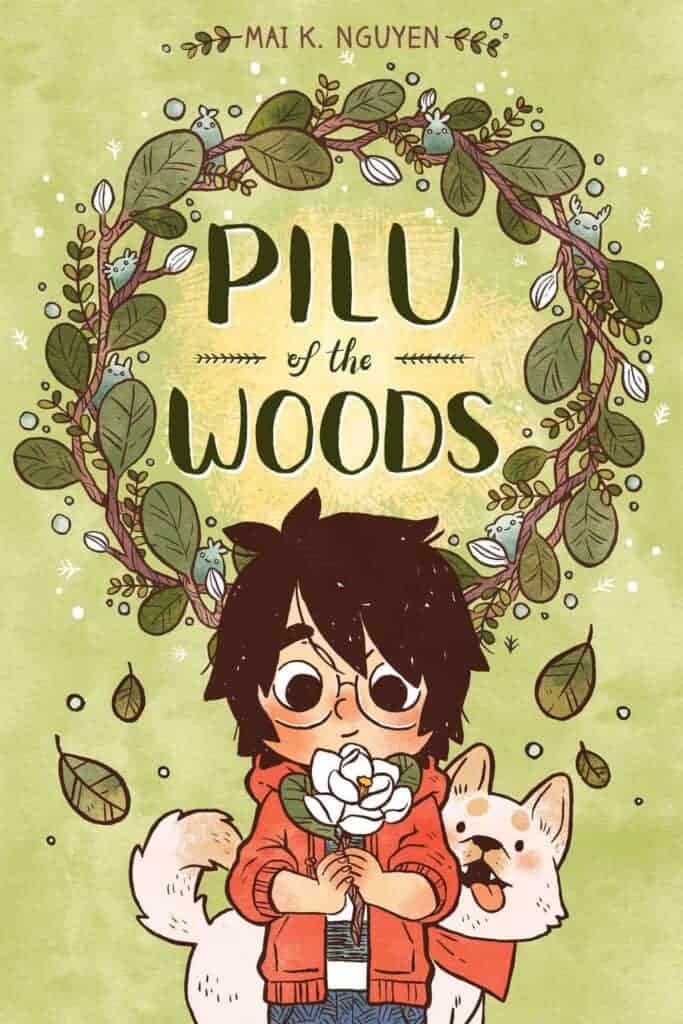 Pilu of the Woods by Mai K. Nguyen
ages 8 – 12
In this graphic novel, Willow’s uncomfortable emotions are actual monsters who are literally bottled up in bottles but keep escaping in bursts of mean words. In the woods, she meets a runaway Magnolia tree spirit named Pilu. As Willow and Pilu share their stories, Willow reveals that she knows her emotion-monsters keep growing when she ignores them. But she persists in ignoring them because she thinks that to be nice, she must keep the monsters stuffed away. Eventually, Willow realizes that the uncomfortable emotion monsters are a part of her; that if she is kind and listens to them, they won’t be as big. Introspective, sensitive, and important– this is a dazzling openhearted journey of self-discovery and healthy emotional growth. I LOVE everything about this story. 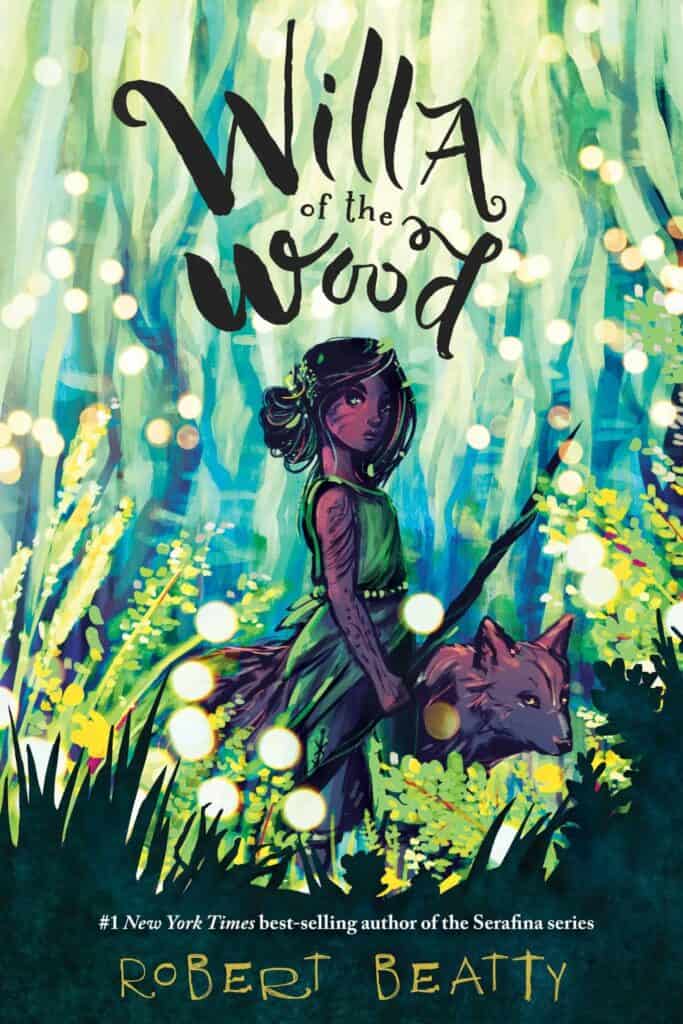 Willa of the Wood by Robert Beatty
ages 8 – 12
Set in the time of early American settlers, this is a beautiful story about a night spirit who is still connected to the powerful wood magic of her ancestors. Willa accidentally discovers that her clan is keeping human captives as well as forbidden technology. Because of her discovery, her clan leader wants her dead. Alone and hunted, Willa finds shelter with a kind human man whom she learns to trust. When she realizes that one of his children was one of the human captives, Willa knows she must go back and rescue the humans. The author deftly explores the meaning of family, as well as the themes of prejudice and caring for the natural world. 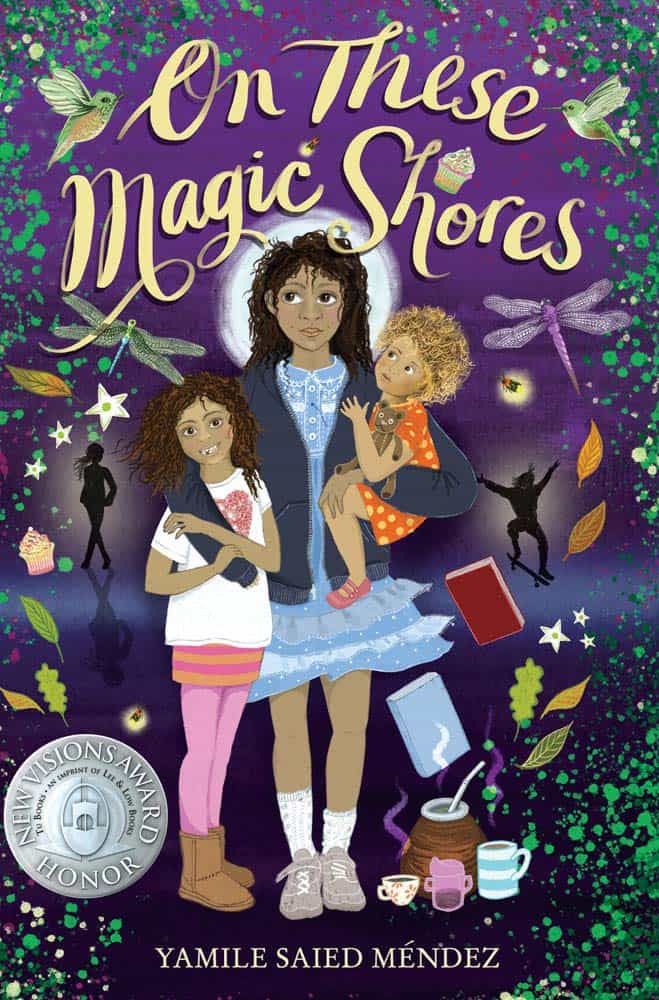 In These Magic Shoes by Yamile Saied Mendez
ages 8 – 12
A tenderhearted, beautiful story about family, asking for help when you need it, racism, and grit. When their mom doesn’t return home from work, Minerva steps up to care for her siblings and herself. She doesn’t tell anyone that her mom’s missing so they won’t get sent to foster care or a holding center. She knows her mom would never leave them but she doesn’t know what to do. She bravely faces each day with strength but desperately wants to just be a kid again with no responsibilities — like pulling her little sister out of an abusive daycare. At school, Minerva tries out for the Peter Pan musical and speaks up against the play’s racism. At home, her sisters talk about the fairies they see just like the fairies from her mamá’s stories. Finally, Minerva contacts her mom’s estranged mother, their abuela, for help because the kids are out of food and money and desperately need help. 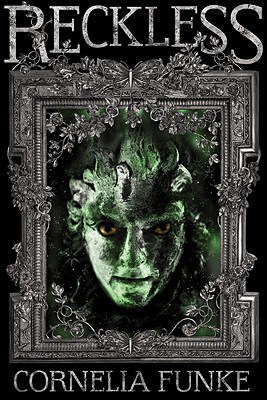 Reckless by Cornelia Funke
ages 8 – 12
Jacob abandons his life in the real world for one behind an enchanted mirror in his father’s office, the mirror where his father disappeared years ago. In Mirrorworld, Jacob travels with Fox, a clever woman who prefers her fox skin to her human skin. When Jacob’s younger brother Will (who is actually an adult and so is Jacob) follows Jacob to Mirrorworld one day, he is attacked by a Stoneman, a Goyl. Will’s wounds begin to turn him into a Goyl, only he will be made of jade. This dark story is filled with Grimm fairy tales — fairies, a candy house, unicorns, a Tailor, magic, spells, dwarfs, and such. 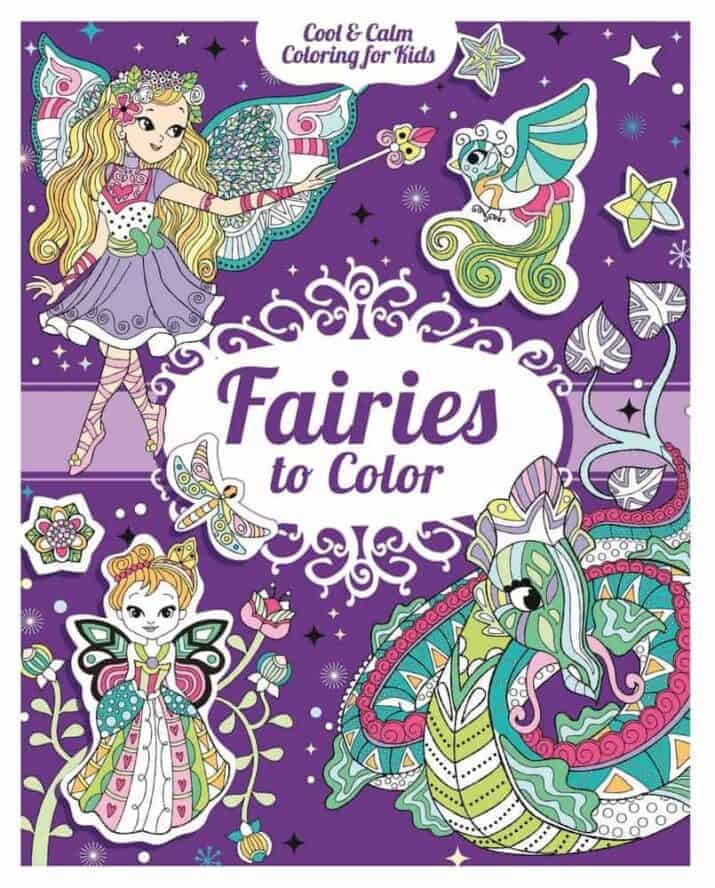 Fairies To Color Cool & Calm Coloring for Kids
From the same company as Animal Babies, comes another coloring book of total cuteness, this time with fairies. The pages are detachable making color and displaying (or gifting) an easy option. 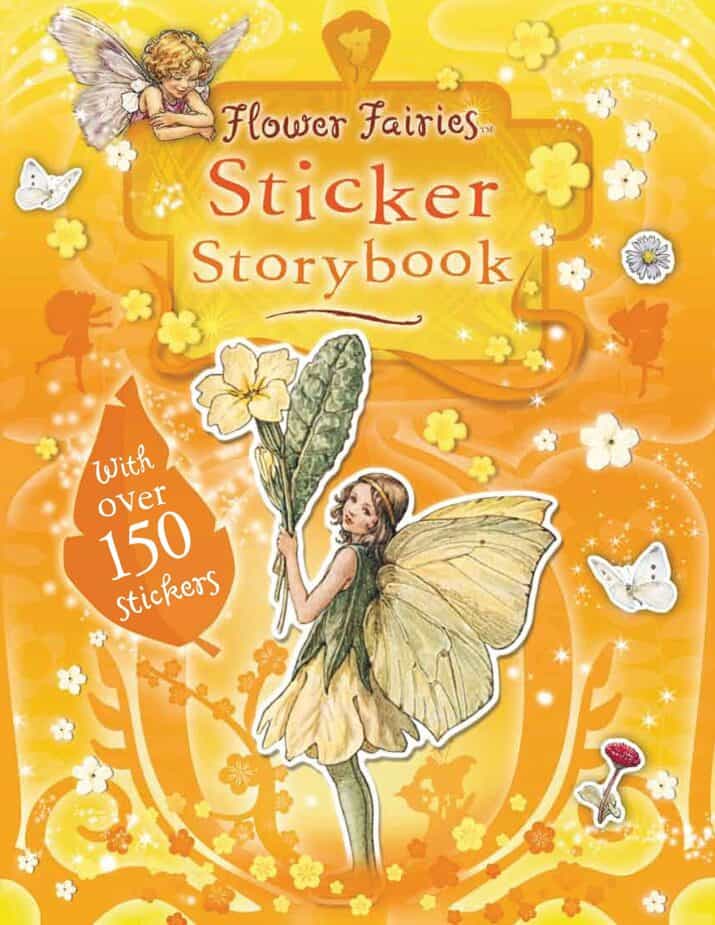 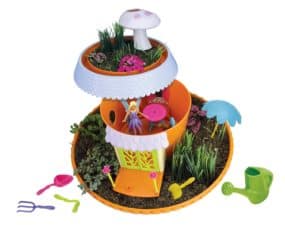 My Fairy Garden Magical Cottage Playset
ages 4+
This is a blast to set up, watch grow, and play with. Kids get to grow organic seeds, care for the resulting garden, and play with adorable fairies, woodland friends and accessories in their own indoor fairy garden. 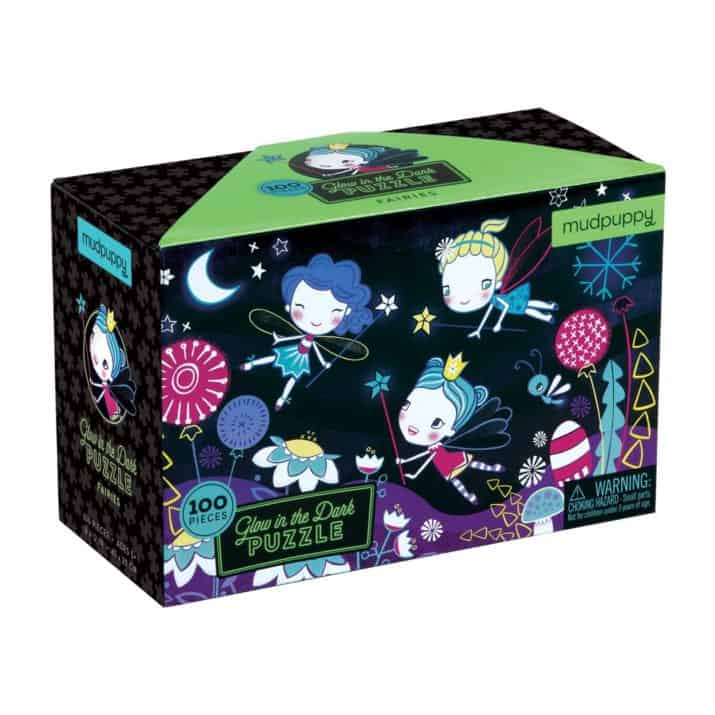 Mudpuppy Fairies Glow in the Dark Puzzle
100 piece puzzle that GLOWS IN THE DARK!! 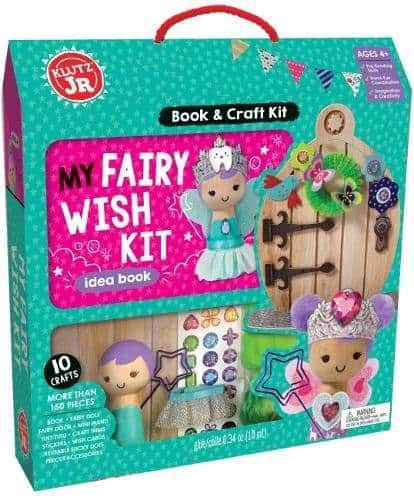 Klutz Jr. My Fairy Wish Kit
Kids learn to make ten projects with special instructions on how to summon a visit from their favorite fairy. This kit sparkles with magic. 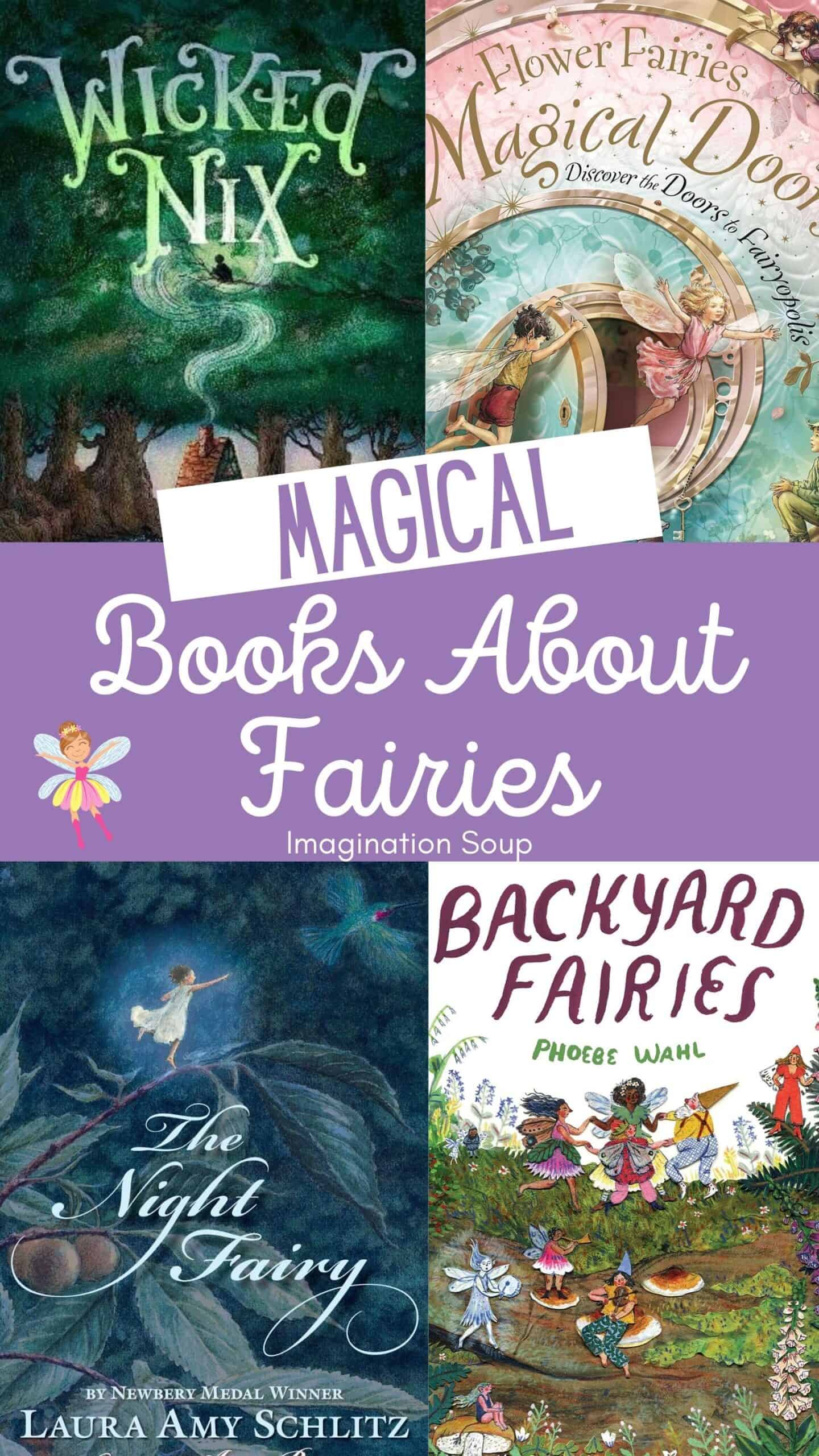 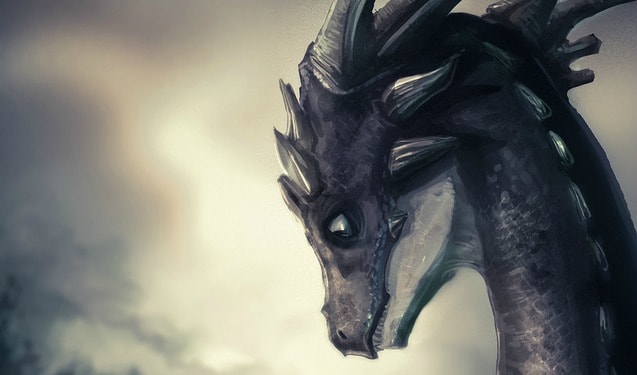 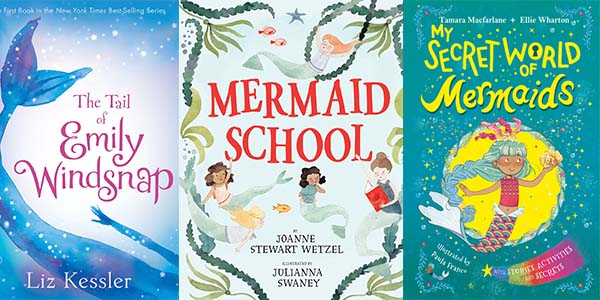 Reading (and Writing) Apps for Kids