Want a fun math game to practice mental math? Clumsy Thief is an exciting, fast-paced game that makes addition pairs to 100 exciting and believe it or not, hilarious. Because there’s stealing involved. (Hence the thief part of the game. Which makes everything more fun.) 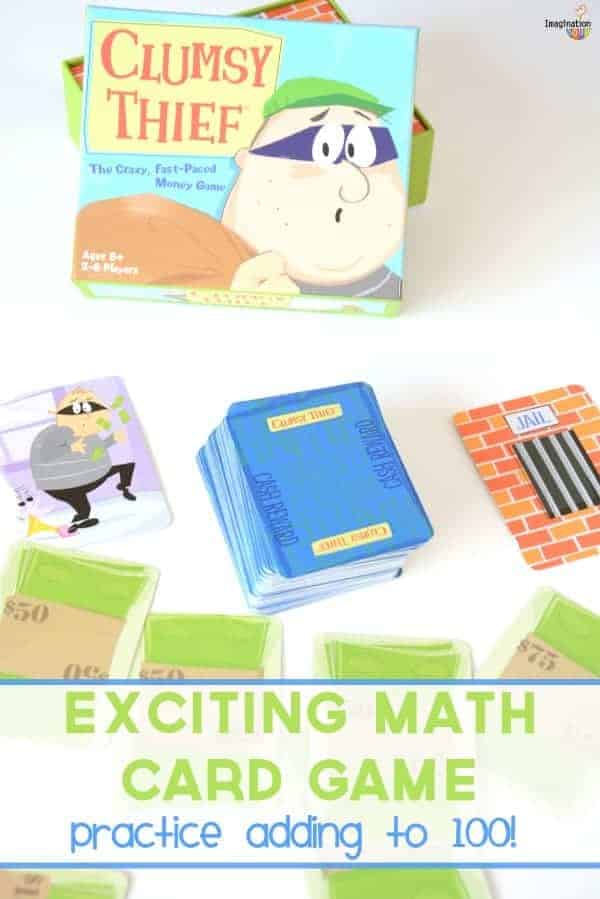 Players are dealt 7 cards each.

These pairs will be set face up in front of each player. 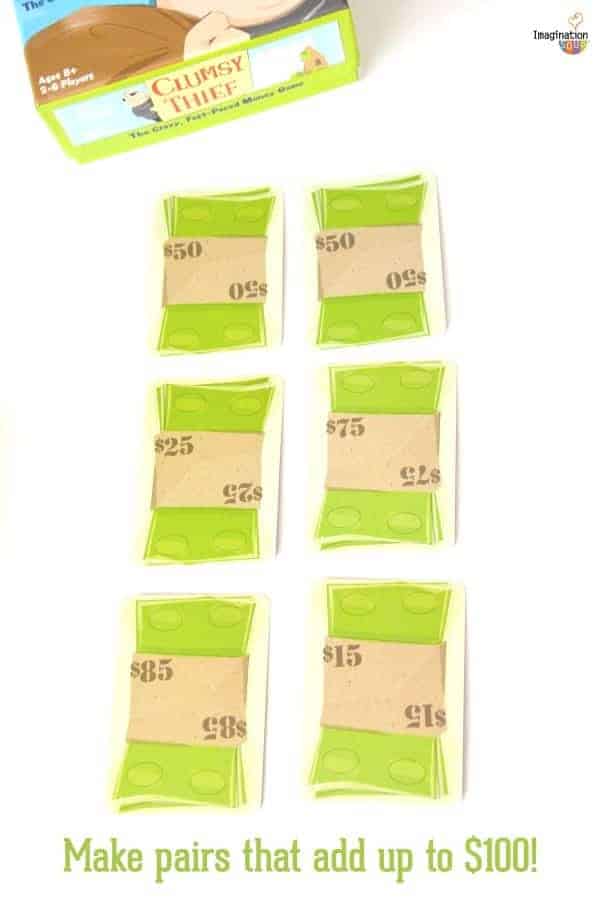 To play, you can STEAL other people’s card stacks! (Because the person with the most money at the end of the game wins.)

If you have a card in your hand that, when paired with a card face up on another person’s pile, adds to 100, you can STEAL it! 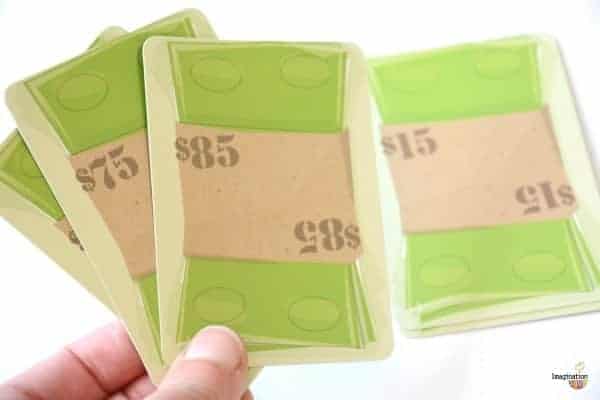 You can also STEAL cards if you have a thief card. 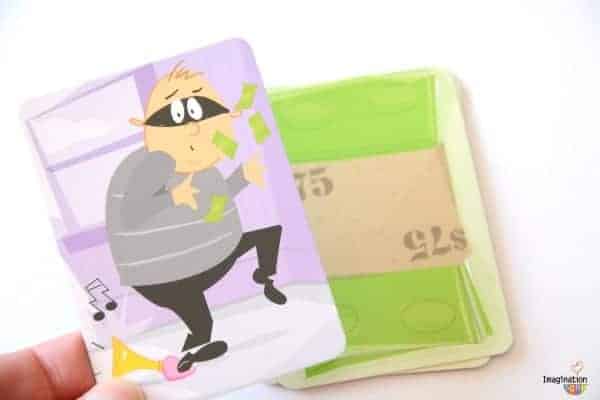 If you want to keep your cards safe, especially once you get a big stack, put a jail card on top. 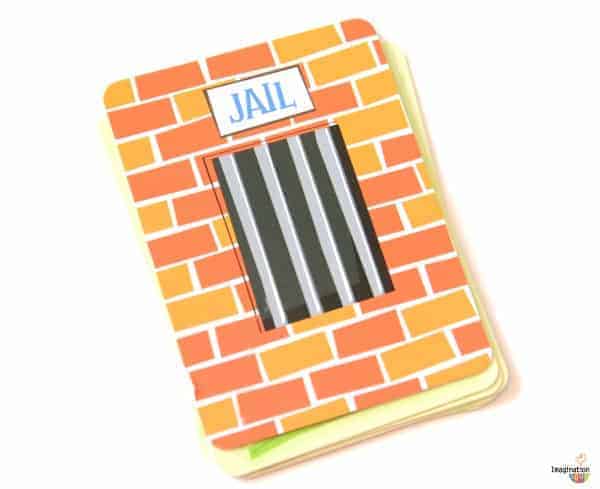 If you’re wanting fun math games to play with your kids, this is one we highly recommend! 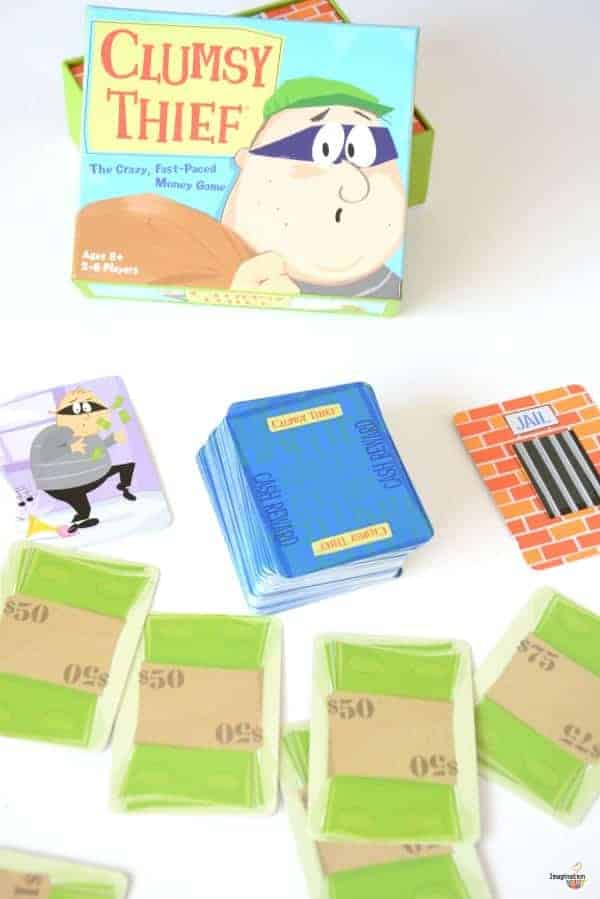