Books in themselves encourage our imaginations, don’t they!? Today let’s celebrate big imaginations and wild musings with beautiful new picture books. This list of picture books celebrates dreamers and possibilitarians. I hope they inspire you and your children!

Of course there are many more books that the ones listed below. These are the most recently published. Do you have any familiar favorites to add to this list? 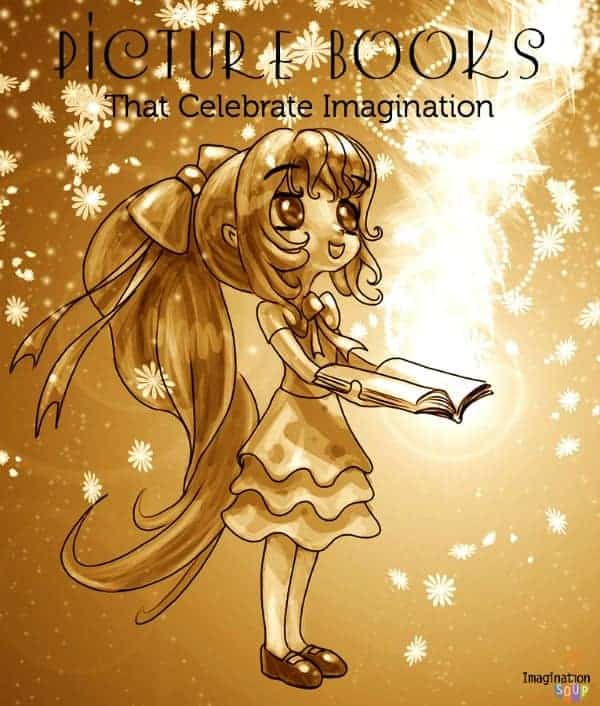 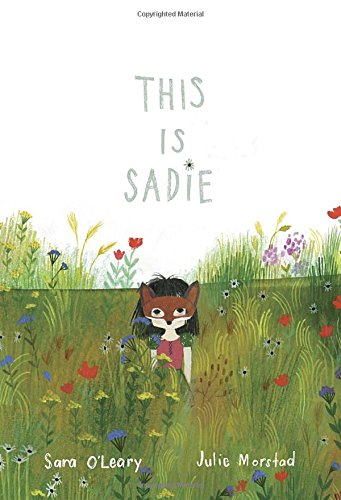 This Is Sadie by Sara O’Leary, illustrated by Julie Morstad
I love this tribute to a child’s imagination! Sadie’s perfect day is spent with her friends and her imagination. She’s lived under the sea. She’s had adventures in Wonderland. Sadie’s wings take her anywhere. And bring her back home. Just like you. 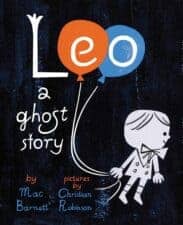 Leo a Ghost Story by Mac Barnett, illustrations by Christian Robinson
You can see him but most people can’t. Leo is a ghost and a good friend to Jane. Together they play Knights of the Round Table. When Leo helps save the family from robbers, he tells Jane that he’s only a ghost, hoping she won’t be afraid. She isn’t. It’s his friendship that is most important, not what he is. SO sweet. 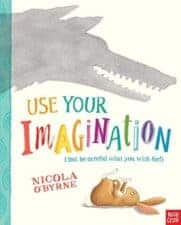 Use Your Imagination (But be careful what you wish for!) by Nicola O’Byrne
Rabbit wishes something would happen. She and Wolf collaborate to make up a story. . . But what will happen when Wolf tries to eat Rabbit in this story? Well, Rabbit will use his imagination and send Wolf off to space in a rocket ship! Isn’t your imagination a wonderful thing? Delightful! 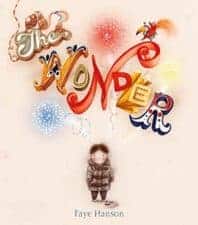 The Wonder by Faye Hanson
There is a little boy who loves to wonder. He wonders all the time. But adults are always telling him to stop daydreaming and to pay attention. Until art class. He uses his imagination and fills the pages with drawings filled with wonder. Explore these wordless gorgeously illustrated pages carefully and you’ll be inspired to wonder and create, too. 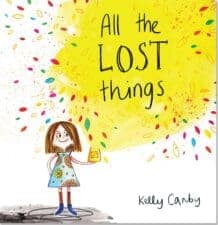 All the LOST Things by Kelly Canby
I adore the whimsical illustrations and fonts in this sweet story about a girl named Olive. Olive discovers a special underground place of lost things. There, a little old lady tells Olive to take anything so chooses a memory jar for her Grandad, a sense-of-humor jar for her older sister, an eyesight jar for dad, a sense-of-direction jar for her mom, and one last jar for the entire city — a jar filled with hope. She opens HOPE jar on the tallest building where it’s caught by the wind and falls gently over the city. 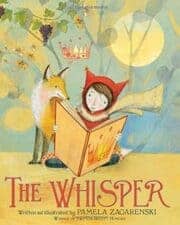 The Whisper by Pamela Zagarenski
The little girl can’t wait to read her teacher’s magical book of stories. Only when she gets home, there are no stories, just pictures. The wind whispers, “You can imagine the words. You can imagine the stories. . . ” and so the little girl does, finding her inner storyteller. Not only is this story rich with the power of imagination, but the illustrations also evoke stories within stories. Use this picture book in your writing and reading classrooms as inspiration — it’s marvelous!

by Bill Thomson
Sky Color by Peter. H. Reynolds
Ish by Peter H. Reynolds
The Imaginary Garden by Andrew Larsen and Irene Lusbacher
Quest by Aaron Becker
Uni the Unicorn by Amy Krouse Rosenthal
Harold and the Purple Crayon by Crockett Johnson
Weslandia by Paul Flischman
Not a Box by Antoinette Protis
The Mysteries of Harris Burdick by Chris Van Allsburg (or any of his books! I used this book often to spark writing ideas in my classroom)
Roxaboxen by Alice McLerran (a classic!)
Miss Brook’s Story Nook by Barbara Bottner, illustrated by Michael Emberley
Zoom

by Istvan Banyai
What Do You Do With an Idea? by Kobi Yamada, illustrated by Mae Besom
Milo is Not a Dog Today by Kerstin Schooner and Nina Gunetsreiner
Doodleday by Ross Collins (one of our all-time favorites!)
Battle Bunny by Jon Scieszka and Mac Barnett, illustrated by Matt Myers

The Most Magnificent Thing by Ashley Spires
A Few Blocks by Cybele Young
I Didn’t Do My Homework Because . . . Davida Cali, illustrated by Benjamin Chaud
Mitchell’s License by Hallie Durand, illustrated by Tony Fucile
Skippyjon Jones by Judy Schachner
Ladybug Girl by David Soman
Iggy Peck, Architect by Andrea Beaty, illustrated by David Roberts
Jeremy Draws a Monster by Peter McCarty
The Pencil by Allan Ahlberg, illustrated by Bruce Ingman
When My Baby Dreams of Fairy Tales by Adele Enersen