written by Geoffrey Hayes, author of award winning Benny and Penny Toon Book, The Big No-No and over 40 picture books.

Having spent many years working in the traditional picture book arena, I am now writing and illustrating children’s comics as well. Although I have been a longtime comics fan, doing comics for kids has given me a finer appreciation of the educational benefits this medium has to offer. 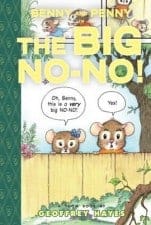 Comics have much in common with picture books in that the text and illustrations work in concert to tell the story, neither being complete enough to stand on their own. But whereas picture books are primarily for young children, comics utilize the same principals to speak to all ages and can be instrumental in transcending age barriers. A bookseller in Miami recently told me that she has sold my Benny and Penny books to young teenagers with reading difficulties, which I find amazing considering that my protagonists are preschoolers! There is something about the comic format that appears “cool” and accessible. We live in a visual age after all, and children can find reading pictures more natural and less daunting than dealing with blocks of type. 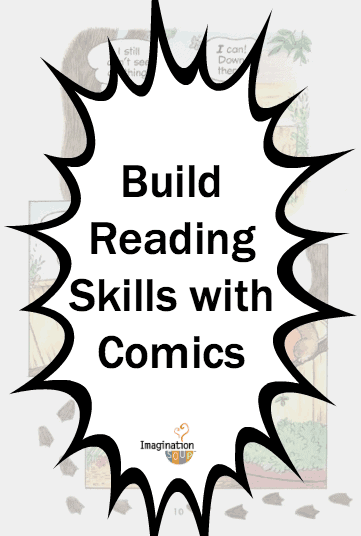 Information contained in the pictures, eliminates the need for lengthy descriptions, allowing comics to be read quickly. During the initial reading, the words are read first, with the visual component acting as a subliminal counterpoint. The reader then re-reads in order to seek out information glossed over on the first run-through to (unconsciously) discover how the words and art support one another.

Studies in cognitive reading skills have shown that while a good reader, if lost or unclear about something, will return to the place where they faltered, a poor reader will return to the beginning of the paragraph. This is less likely to happen when reading a comic story as the reader has the option of studying the art to catch what they have missed.

Visual clues are found not only in objects or backgrounds, but encompass a range of symbols, which together form a comics vocabulary; cloud-like speech bubbles denote thought, jagged ones, alarm, etc. Other clues might include facial expressions, body language, bolded words, movement lines around figures, “surprise” lines, beads of sweat, and puffs of dust to show that a character is in a hurry.

Mood and pacing are expressed through the use of color (somber colors for somber moods/ bright colors for happy moods) and panel layout. Large panels can be effective when pulling back to show location, open a scene, emphasize a key story point or a defining moment for a character. A tilted panel might communicate disorientation, a small one, claustrophobia. The size and shape of panels should not be haphazard, but should work to communicate what is taking place. 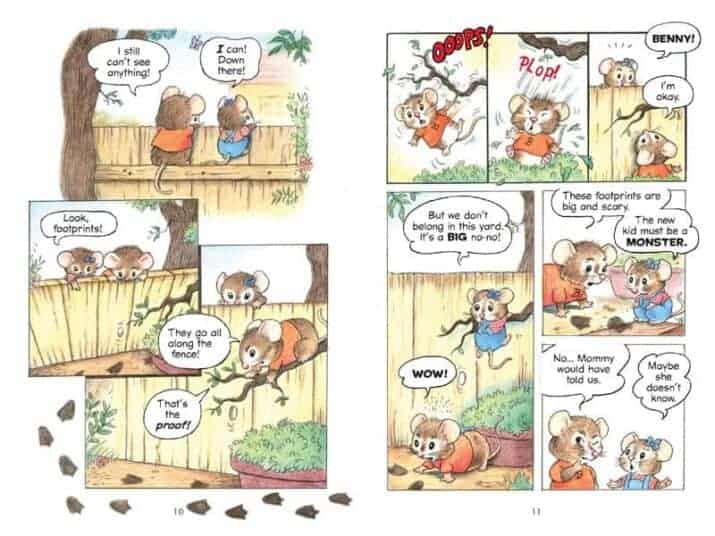 Although, a sequential medium, comics can’t illustrate every action, which allows the reader to fill-in the blanks between pictures, much as a film viewer fills in the blanks between edits, particularly during time shifts. It is a shorthand technique that is understood by contemporary audiences.

In comics, movement across a page is inferred. The art and text are stationary; only the reader’s eyes are moving.  The comic writer/artist guides the reader along the page or spread through the placement of word bubbles, text boxes, and composition of images, that not only assists the reader but also stimulates their sense of sight.

Children are introduced to the standard reading direction of left to right and top to bottom. For emerging readers, difficult to read words can be illustrated close to the word itself, allowing for clearer understanding. It’s manipulation in the service of a positive result. Film and stage productions employ similar techniques to get the viewer to look in a specific direction, or experience a desired mood. 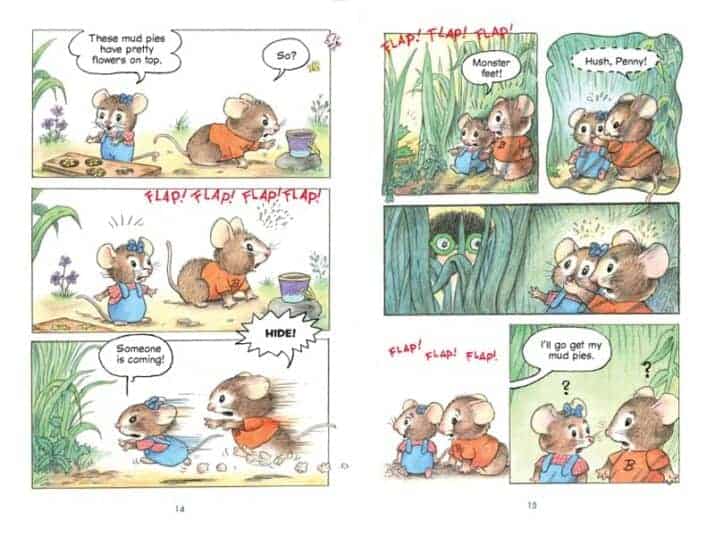 Of course, above all it helps if the story one is telling engages the reader’s interest. The comics medium opens the way for more challenging subjects, such as history or biography, as well as the classics. Just because children are introduced to Greek Mythology or Shakespeare via comics doesn’t mean they will be sated. If anything this first taste can lead to a desire to explore the works in greater depth. This certainly happened with me. I loved reading “Classic Illustrated” and followed up with many of the titles in hardcover, titles I would have found daunting had I not experienced them first in a visual format. If comics are done well, with conscious intention, they can give the reader a multi-leveled experience, as instructive as it is pleasurable.

Melissa’s Review of The Big No-No on Bookmarkable

Melissa’s Note: Heartfelt thanks to Geoffrey for this thoughtful guest post on comic book literacy!  If you don’t know his recent work, please click on the links above.  His Toon books are the best, most entertaining early readers I have ever read. I highly, highly recommend all the Toon books as a MUST for your home (or school) library.