I can’t wait to tell you about these picture books! They’ll spark important conversations — and I hope be helpful in teaching about communication, prejudice, and self-worth. 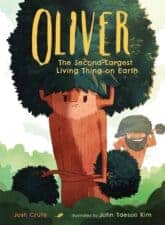 Oliver: The Second-Largest Living Thing on Earth by Josh Crute, illustrated by John Taesoo Kim
BELONGING, TOGETHERNESS, SELF-WORTH / Best of 2018
My daughter and I LOVE this book so much! The story feels like reading a snuggly hug. Embedded within the relatable narrative (in a sweet, natural way) are three valuable messages: you are not alone, you don’t have to be the best to be worthy of love/ friendship, and if you look around, there might be others who feel as lonely as you do. In a time when more children are feeling un-okay, this book is exactly what we need in the world. Now for the story… Oliver lives in the shadow of Sherman, the largest tree on Earth. You see, Oliver is the second largest tree on Earth but there’s no sign for him and no adoring, photographing fans like there is for Sherman. Oliver feels invisible. (“Which is surprising when you’re 268.1 feet tall.”) He tries to grow bigger to top Sherman, but Oliver wilts when it doesn’t work. That’s when he notices the other large trees around him. It turns out that they also feel invisible. Oliver waves shyly. That’s when Oliver makes new friends! He realizes that he’s part of something bigger — the Sequoia National Forest. “(And there is even a sign.”) Back matter discusses the real sequoias and other second-largest things on the Earth. The expressive illustrations are just about the most perfect balance of white space and color and characterization that I’ve ever seen — what an incredible talent! 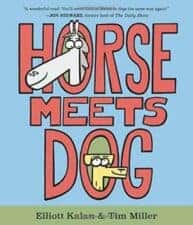 Horse Meets Dog by Elliott Kalan & Tim Miller
FRIENDSHIP / COMMUNICATION
These two animals begin their relationship with a big misunderstanding. Which will make your growing readers giggle. “Hey, I’m not small. And you have weird feet. Where are your paws? Did you lose them?” The dog doesn’t realize that the horse is not a dog and the horse doesn’t realize that the dog is not a horse. Luckily, these two new friends try and try to figure out their misunderstandings. “Are you sick, Tiny Baby Horse? Because something is seriously wrong with your whinny.” 🙂 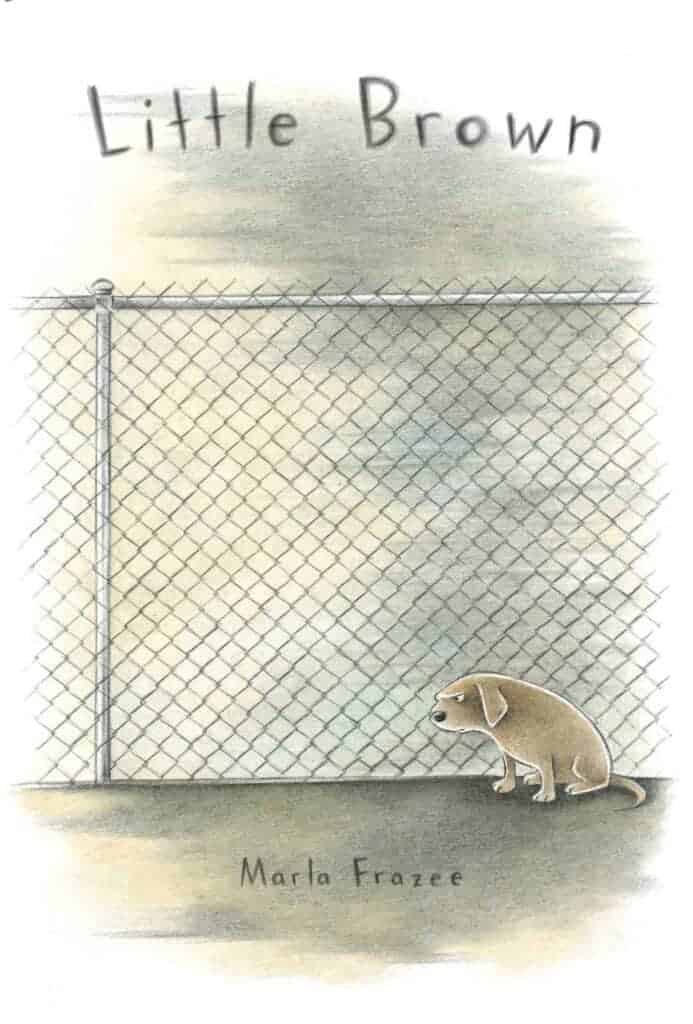 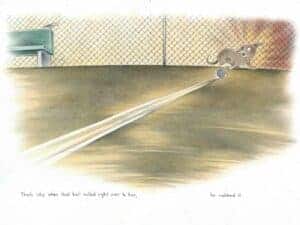 Little Brown by Marla Frazee
FRIENDSHIP
This dog is cranky. Is he cranky because people leave him out OR do people leave him out because he is cranky? The ending will surprise you — because it does NOT answer the question. It’s up to you to decide. The story leaves the reader hanging…to ponder and discuss the big question. This book is sure to spark important conversations, discussion, and debate. 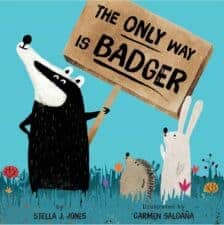 The Only Way Is Badger by Stella J. Jones, illustrated by Carmen Saldana
INTOLERANCE / PREJUDICE
This allegorical story shows what happens when one person elevates himself above others –to the degree that others are unwelcome, excluded, and treated differently. “Badgers are best.” That’s what Badger tells the other animals. He’s so confident that the other animals think maybe he is right. Badger even makes a list of how to be more like him. For example, to be the best you must be able to dig. Which Deer can’t do because of his hooves. So Badger chants, “No deer here” and kicks Deer out. Then when Bear and Moose can’t fit into a burrow, they’re also kicked out of the forest, too. One animal after the other is excluded. Pretty soon, Badger has kicked out everyone. And he’s all alone. That’s when he realizes that Badgers aren’t best. Friends are. I like the full circle ending but the cynical part of me doesn’t see it as realistic. I would be sure to discuss with kids that this revelation and apology might not happen in real life. And what would you do then? Added to: Picture Books About Prejudice and Tolerance 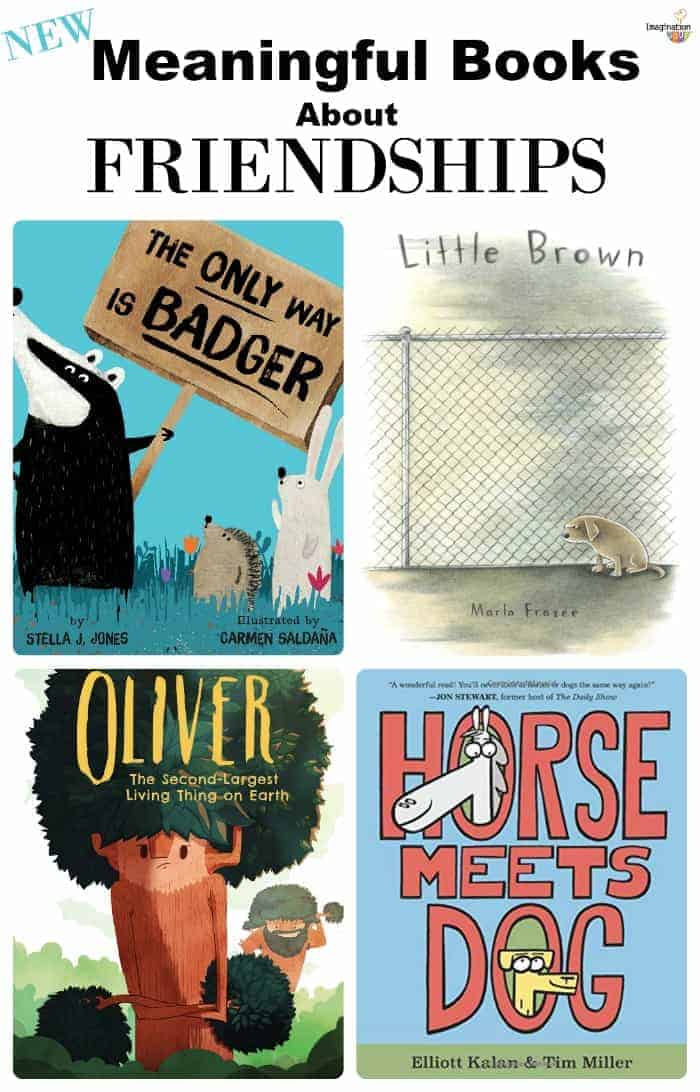