Best Multiplication Apps for Kids to Learn and Practice At Home

Apps make multiplication learning and practice fun for kids. There’s just something about technology that is so enticing! Try one of these best multiplication apps because repetition and games work for learning!

I’ve found 25 multiplication apps your kids can use to practice their times tables. Some are better than others so I’ve made sure to indicate which I highly recommend.

Click on the name of the app to see it in the iTunes app store. Android links are also indicated if available. 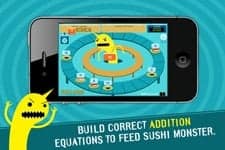 Sushi Monster FREE *RECOMMENDED APP
Lots of levels of math practice in this one — 7 addition levels, and 5 multiplication levels. The goal is to get faster and faster. A sushi monster in the middle of two circles – outer circle have numbers on sushi pieces.  The monster has a number on him which is the target number. Players pick the numbers on the outer circles that either combine up to that number. A kid-favorite. 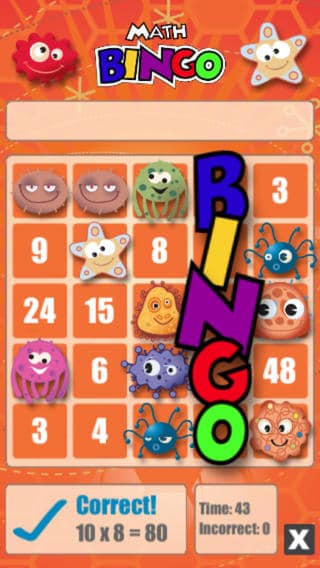 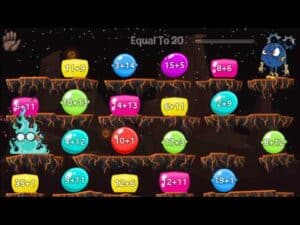 Monster Math FREE + In App Purchases
Android
Customize this fun math pratice app to practice anything from grade one math to grade five, including multiplication and division. 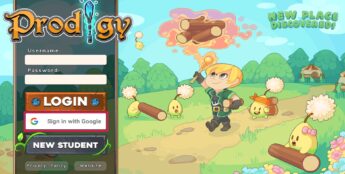 Prodigy Kids: Math Games FREE + Membership upgrades
Android
For kids ages 9 and up, this gamified, adaptive math app lets kids earn pets, have battles, go on quests, and practice math. Two big selling points are that you can work at your level and play with friends.

Tower Math $.99 *RECOMMENDED APP
Android
Your kids will actually want to practice math facts so they can build more towers to rescue the numbers. Pick the levels and kind of math you want to do – the advanced is HARD so be warned. 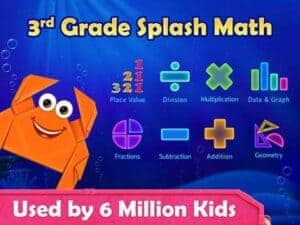 Splash Math 3rd Grade FREE + in app purchases *RECOMMENDED APP
The Splash Math apps always provide great games for each math concept. I really like that if you get something wrong, they tell you the correct answer. That way you’re not practicing incorrectly over and over again. 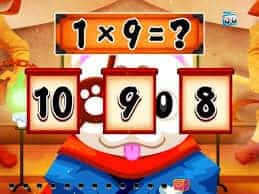 Math Ninja Times Table FREE
Android
Become a ninja and work your way through the times tables, fighting and learning from mistakes. 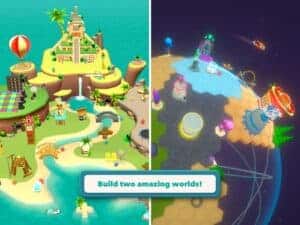 MathTango FREE + In App Purchases
Starting with addition and continuing through multiplication and division, this gives kids missions and games so they can build an island or a star base filled with (cute) monsters and robots. Kids love this app! 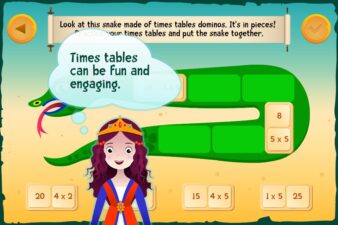 Love to Count 2. Times Tables and Fractions $3.99
Look around for challenges to learn and practice times tables, division and fractions through medieval-themed activities. 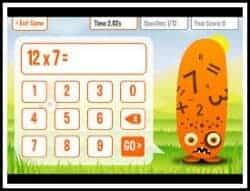 Squeebles Multiplication $.99 *RECOMMENDED APP
Android
In the Squeebles Times Tables 2 app, children practice multiplication in six different game modes. My favorite mode, besides the 1-12 Tables, is Tricky Tables. These are the fact questions that kids got wrong in the Times Tables mode. Here, they review and practice those tricky facts. I love it!

Squeebles Maths Race $3.99 *RECOMMENDED APP
Android
Try to get your fish to the finish line first. Each question you answer correctly lets you move closer to the finish. Pick from addition, subtraction, multiplication, division in four levels of difficulty. When you win, you earn squabbles and flipfish to use in your races. Play against the computer or a friend. An enjoyable way to practice those math facts. 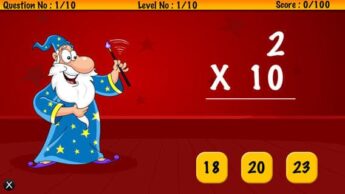 Multiplication for Kids FREE
Android
I’m not crazy about this app – it’s decent for what you pay (nothing). I think the cartoonish illustrations would be more appropriate for younger kids. 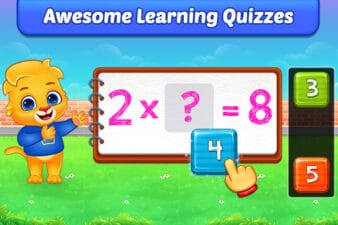 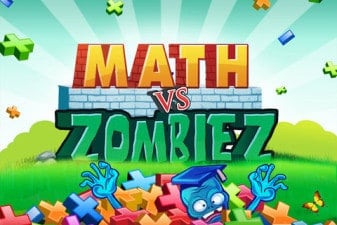 Math vs. Zombies $4.99
Android
Yikes, this is a lot of money for an app. I wouldn’t buy it unless it’s on sale — or your child just loves anything zombie. (Mine don’t.) Basically, you’re saving the zombies by solving math problems. It includes addition, subtraction, and division as well as multiplication. 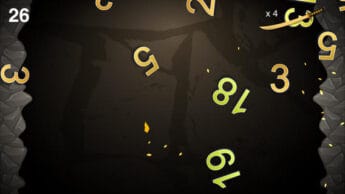 Factor Samurai $2.99
Android
While it’s true that you need to know the factors (opposite of multiples) for division (and multiplication), this is a challenge for a child who doesn’t yet have this concept down. It’s great for reinforcement but it’s not a great app for beginners because they’ll get frustrated quickly. 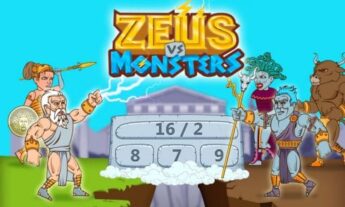 Zeus vs. Monsters FREE + in app purchases ($4.99)
Android
Get to know your Greek mythology while practicing math. Choose Zeus or Athena to battle against Hades and his monsters. It’s kind of violent (if you get the answer correct, you spear the monster) and also expensive since the only free part is addition.

Pet Bingo $1.99
Android
Try this cute and lively math facts app with 3 levels of difficulty. Choose addition, subtraction, multiplication, or division and answer math equations with the answers a bingo board. Each flip of an answer gives you a cartoon pet picture. When you get bingo you get a pet to keep who you can take care of and feed. 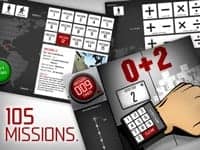 Operation Math Code Squad $1.99
Android
Kids will love this fast-paced, multi-player math adventure. You’ll work with three other base ten agents to solve the equations before time runs out.  Select an operation (addition, subtraction, both, multiplication, division) and difficulty level – easy, medium, and difficult. The equations spin around in the center circle so up to 4 players can play on any side of the ipad. Each player has a number pad to enter the answer. 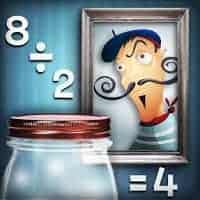 Mystery Math Museum
A fun math adventure through museum buildings to help kids recall math facts. Solve addition, subtraction, multiplication or division equations. Set the levels of difficulty and type of math at the beginning of the app. (By the makers of Mystery Math Town.) 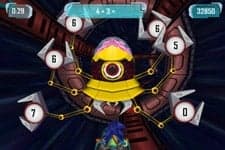 Math Blaster Hyperblast 2  FREE / $1.99 *RECOMMENDED APP
Android
My kids love this fun video arcade-type game! addition, subtraction, fractions, multiplication, division,  – each with different lessons and levels of difficulty,  you are on a rocket ship zooming through a tunnel full of dangers you must shoot and destroy and the equation  numbers. Top Multiplication Pick! Also try Space Zapper. 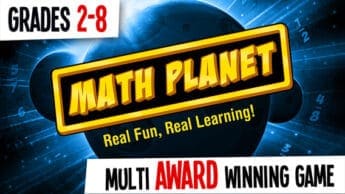 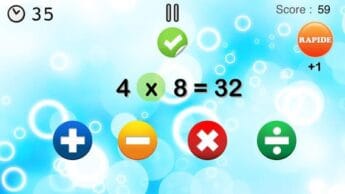 Math Champions FREE
A basic skill and drill app. Nothing to write home about. 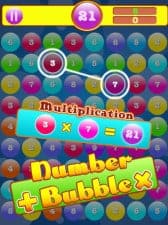 Addition & Multiplication Number Bubbles FREE
Find the numbers that make the product at the top of the screen. 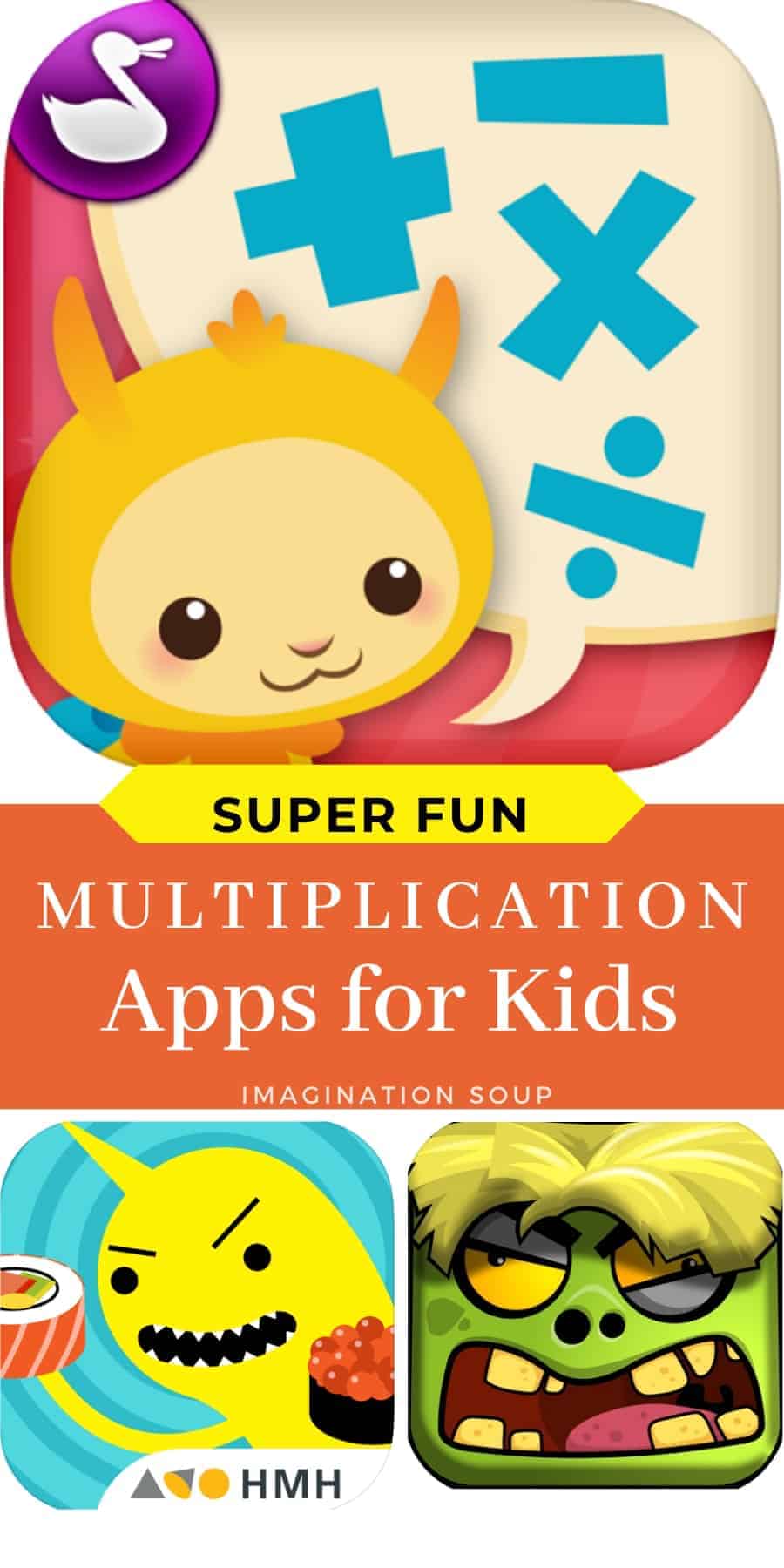 The Best Multiplication Songs for Kids 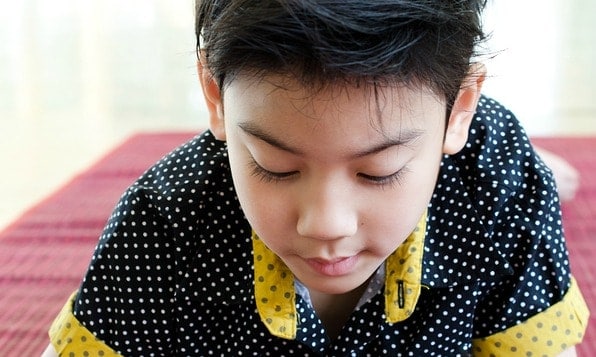 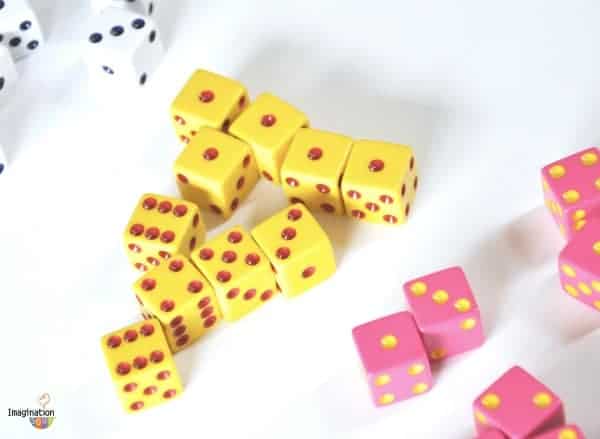