Exciting adventures and meaningful coming-of-age, these are middle-grade gems that will be a hit with your 9- to 12-year-old readers. 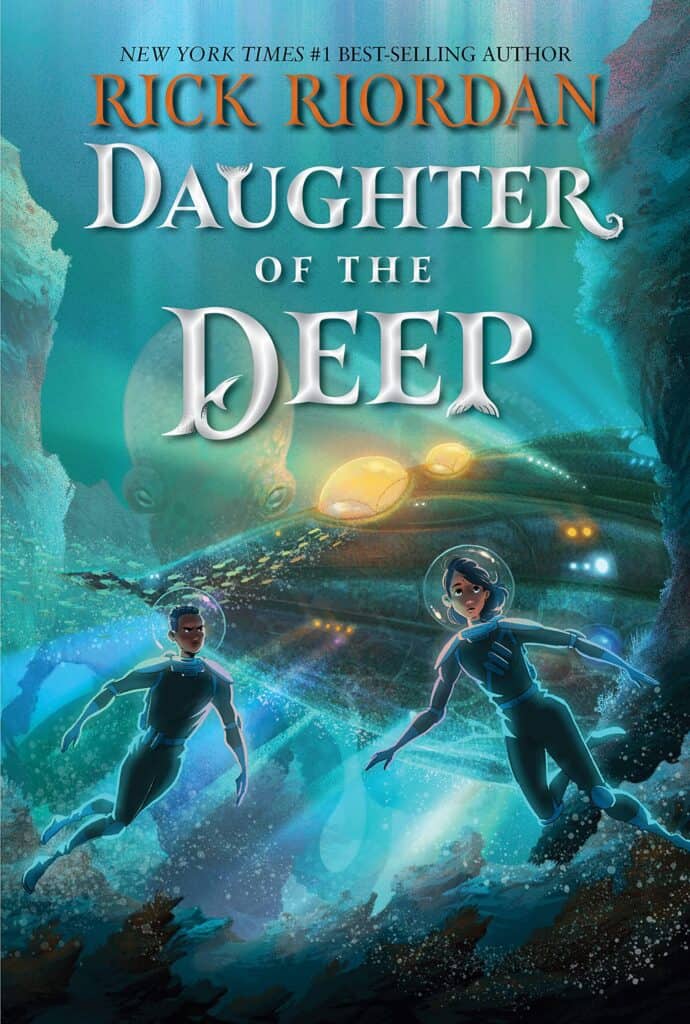 Daughter of the Deep by Rick Riordan

SCI-FI ADVENTURE
Get ready for action, intrigue, plot twists, and super-cool technology! Ana’s freshman class at her specialized marine and naval academy are the only survivors when the academy is blown up. As the class races to board their field trip ship, their chaperone reveals several essential secrets…Jules Verne’s novels based on Captain Nemo are mostly true, Ana’s the only surviving relative of Captain Nemo, and they will be attacked by the land school if they don’t get to safety immediately. They don’t get to safety immediately. But, they do thwart the first of many attacks — and suddenly because the professor is deathly ill, Ana is in charge. The first thing is to find the Nautilus and the school’s secret base while trying to evade their enemies. You won’t be able to put this book down– run out to get it as soon as possible — it’s a page-turning adventure that will appeal to all boys and girls. 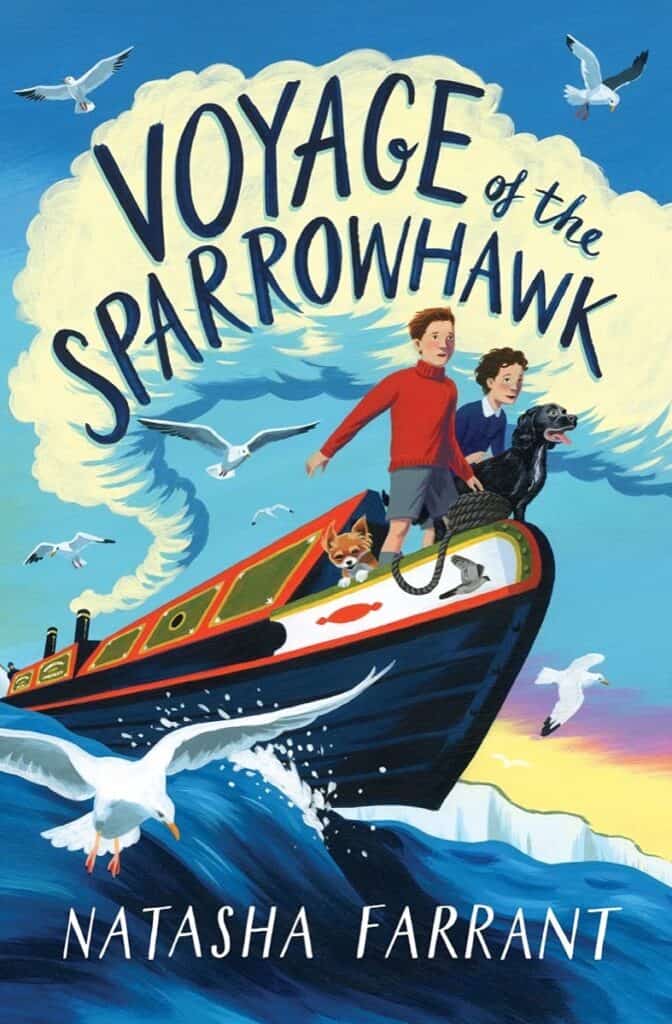 Voyage of the Sparrowhawk by Natasha Farrant

HISTORICAL FICTION / WWI
If you want a new favorite warm-hearted adventure with brave kids, dogs, and a happy ending, you don’t want to miss this captivating and beautiful story. The war has made Ben an orphan –again. All that he has left are his dog and his dad’s boat, the Sparrowhawk. When a policeman gets suspicious of Ben’s living situation and his new friend, Lotti’s abusive guardians try to kill her rescue dog, the two friends set off on the boat for France to find Ben’s missing older brother. The boat isn’t meant for a channel crossing but the two kids are determined to make it work…but it won’t be easy. Nor will it be easy to find Ben’s missing brother in a country decimated by war. 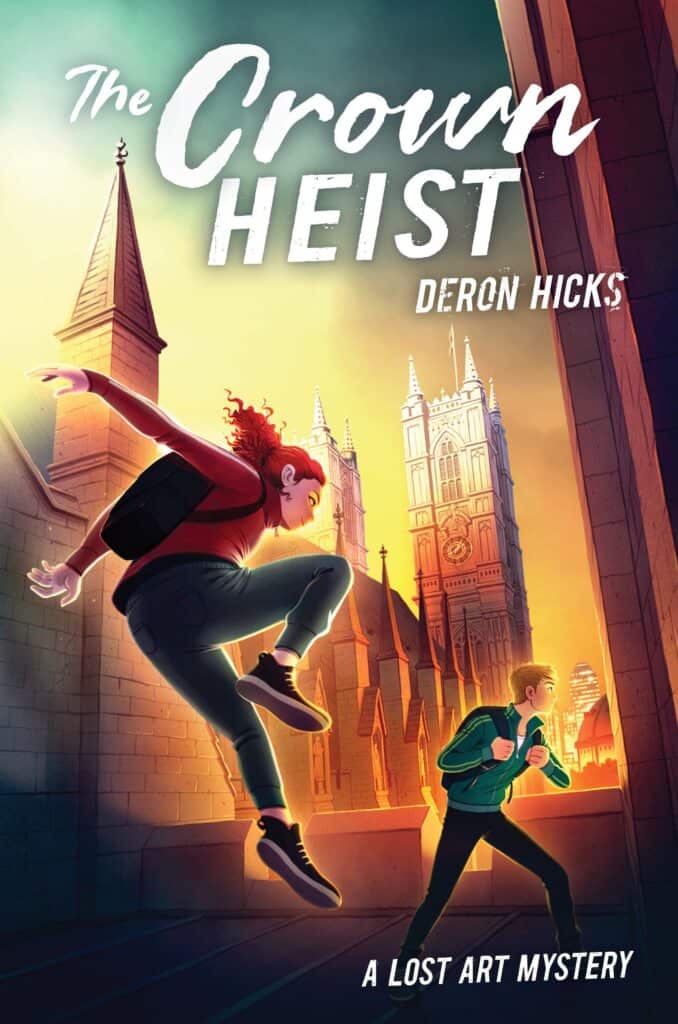 Crown Heist by Deron R. Hicks
THRILLER
Second in the Lost Art Mystery series, good friends Camille and Art travel to London to meet Camille’s history professor father, the one who abandoned her as a baby. But, before they can meet him, he goes missing! When they discover that her dad seems to be involved in a historical art mystery, Camile is determined to follow the clues and find her dad before she must return home. Excitement and intrigue plus real artwork, famous London sites, and British history made this book impossible to put down. 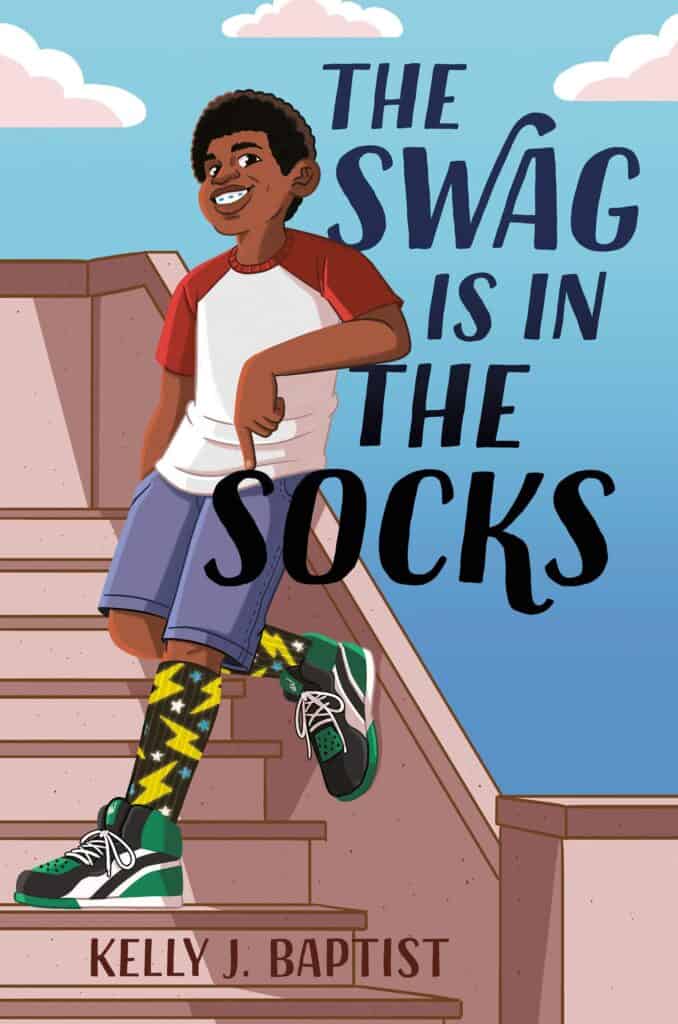 Swag is in the Socks by Kelly J. Baptist
REALISTIC
12-year-old Xavier hates speaking because of his stutter, he’d much prefer to play video games and hang out in his room at home. But, he wants to join Septer League just like his (incarcerated) father, great uncle, and grandfather. He thinks he has a shot but gets denied entry — and is told that he needs to be more of a leader to get in. Xavier’s Great Uncle Frankie Bell unexpectedly sends him a pair of crazy socks and soon more pairs. When Xavier wears them, people notice and it gives him the “swag” that Frankie Bell tells him will help. The socks give Xavier an opportunity to be a leader in a way he never expected. That plus speech therapy and we watch as he blossoms with confidence. A beautiful coming-of-age story that will make you want your own swaggy socks! 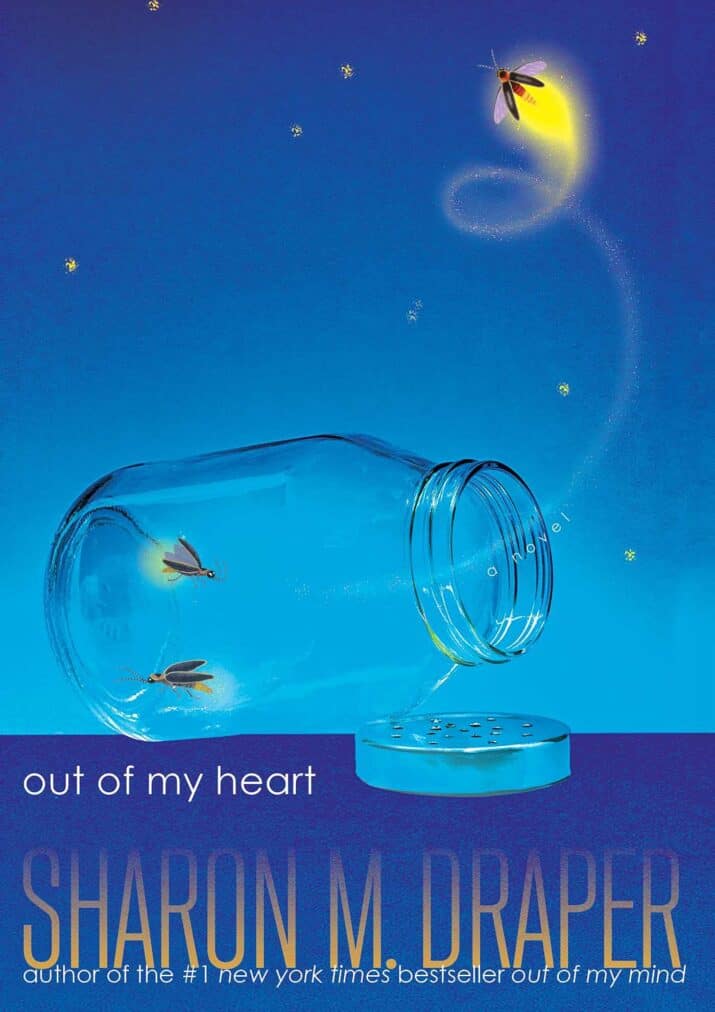 Out of My Heart by Sharon M. Draper
REALISTIC
You don’t have to be a fan of the first book, to absolutely LOVE and ADORE Melody and her experiences in this wonderful second book. Draper’s writing draws you into Melody’s experience, we feel like we are sharing Melody’s life which is authentic, beautiful, and important for empathy-building and understanding for differently-abled people. In this second book, Melody gets to go to a summer camp for disabled kids and it gives her amazing experiences that she never thought she’d be able to do because she’s in a wheelchair…she swings on a swing and plays outside with friends for the first time, she swims, rides a horse, zip lines, meets a boy who likes her, and dances with that boy! 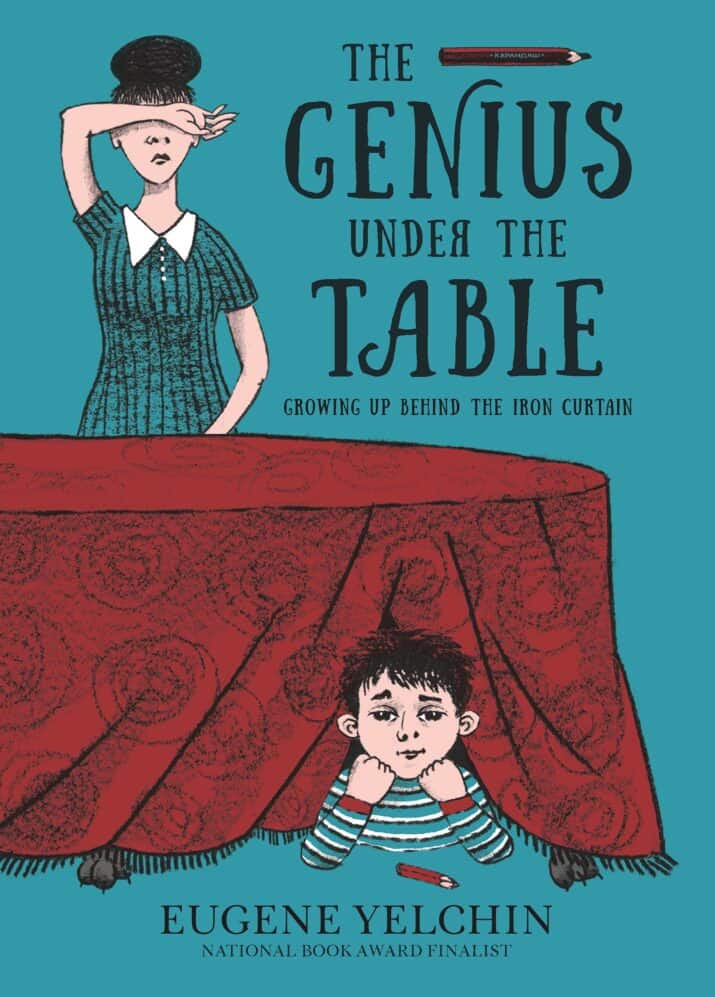 Genius Under the Table by Eugene Yelchin
HISTORICAL MEMOIR
Growing up in Cold War Russia, Yevgeny’s Jewish family is crowded into one room of an apartment housing many other families and a KBG spy, so he sleeps under the table –and draws under it, too. His mother works at the ballet and is obsessed with Baryshnikov and finding Yevgeny’s talent — which they discover is art. Even though their lives are filled with secrets and loss, Yevgeny finds happiness with his family and his art. 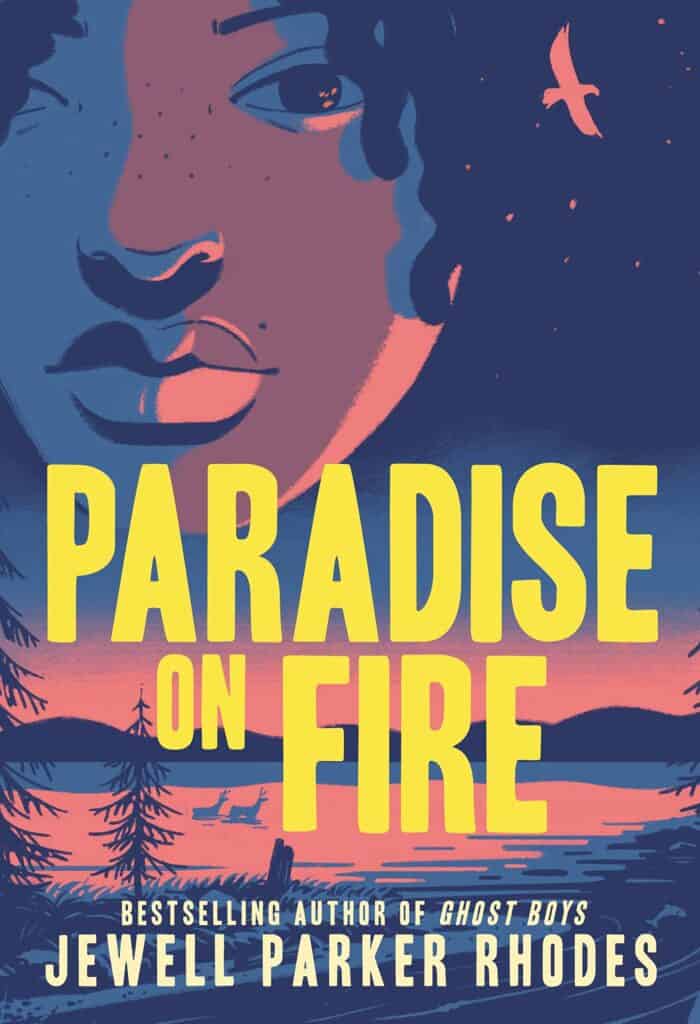 Paradise on Fire by Jewell Parker Rhode
SURVIVAL
Addy’s a city kid whose parents were killed in a fire that she escaped. Sent to a wilderness program in California for the summer, she’s surprised to learn that she loves it there; particularly if she can draw maps of her surroundings to know all possible escape routes should a fire happen. Then, the worst does happen. Addy’s on a hike with other campers and counselors when a wildfire tears through the mountains. She knows the best way to safety but it won’t be an easy route and not everyone trusts her to lead. This is a well-written survival story literally and metaphorically that will enthrall readers from beginning to end. 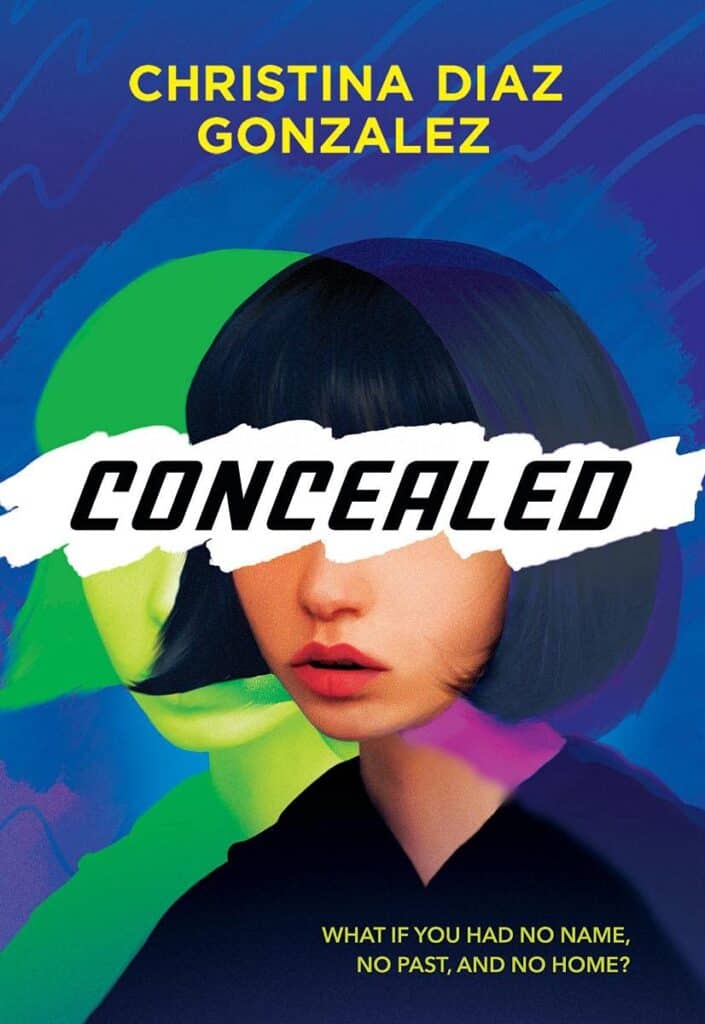 Concealed by Christina Diaz Gonzalez
THRILLER
Imagine changing your name and moving constantly because you’re in the Witness Protection Program. That’s what Katrina (she’s on the K letter of the alphabet) thinks is their new normal until her parents disappear. That’s when Katrina learns that nothing her parents told her was true. Not Witness Protection. Not her “Uncle”. And not why they’re running. She reveals her story to a new friend named Parker and together, they embark on a journey to find the truth. If you like edge-of-your-seat adventure and mystery, you’ll love this book. 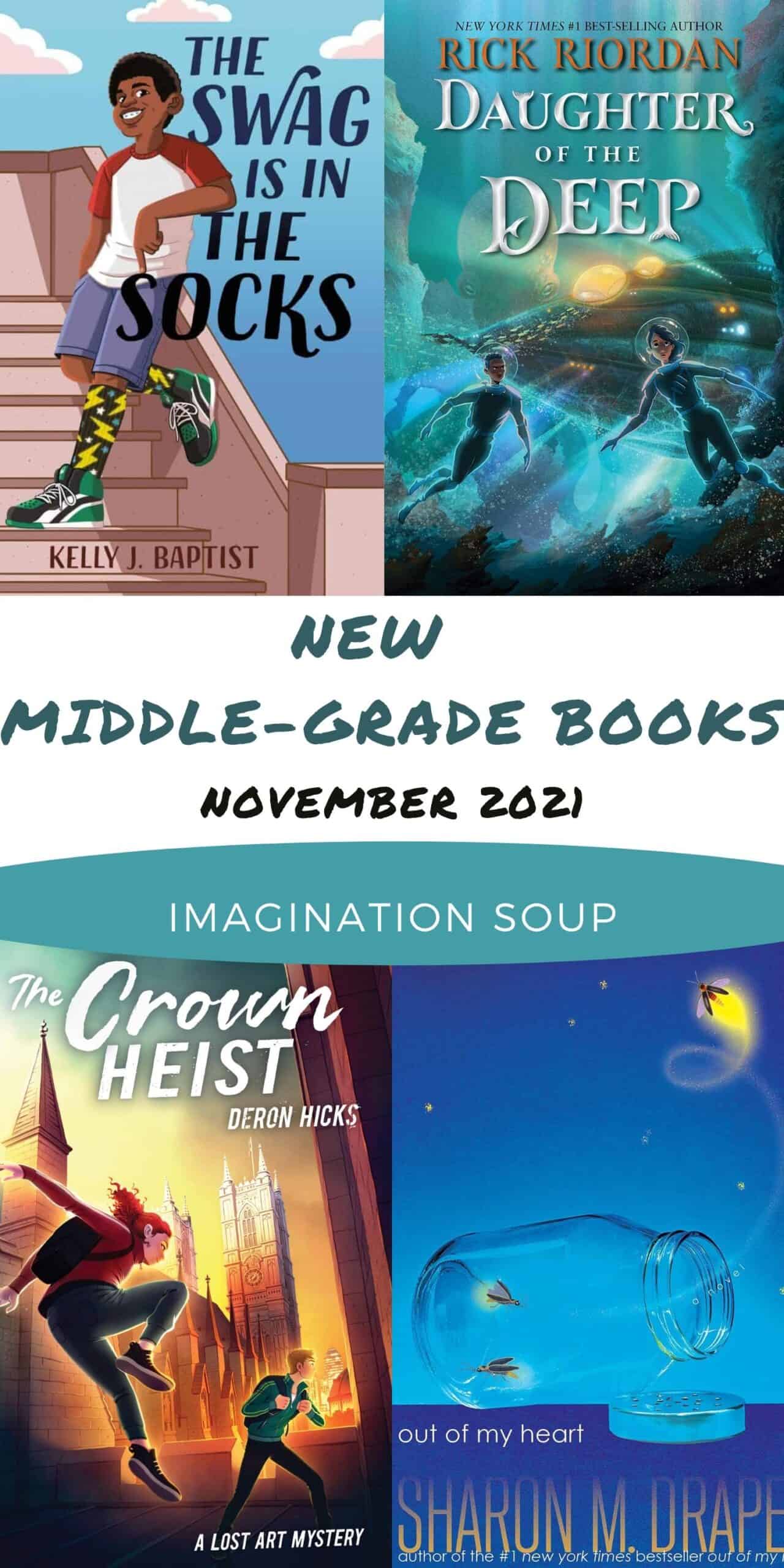 8 Picture Books to Inspire Kids to Reduce, Reuse, and Recycle

Big List of Counting and Number Books for Kids