First we looked for cool words in magazines. I modeled this and enthusiastically helped kids find awesome words and cut them out.

Once we had some good looking piles of words, we reviewed the parts of speech: noun, verb, and adjective.

First we figured out parts of speech because the old adage, if you don’t use it, you lose it, applies to grammar, too. Most kids couldn’t even remember hearing the word adjective before.

Noun = Don’t you hate the old “person, place, or thing” definition? The only reason I use it is that most kids do remember this definition. Even if they can’t classify a noun, they remember the definition.

(Umm, let me tell you my secret. To build rapport quickly with kids, I go straight for the cheap laughs — potty humor. It works every time and kids think I’m hilarious. More importantly, they’ll write pages and pages because they like me.)

Kids labeled pages in their blank books with noun, verb, and adjective and started sorting their words.

Once sorted, they glued the words into their notebooks on the appropriate page.

But, I kept hearing, “What is a verb again?” Way too much.

I asked myself, how in the heck could I get them to remember that a verb is something you do?

Eureka! How about playing Simon Says but with Verbie Says instead? And if they could remember that whatever Verbie tells them to do, is a verb, well . . .

I got to be Verbie first. After all, I did make up the game.

Verbs are actions. (We’ll get into verbs of being another day.) 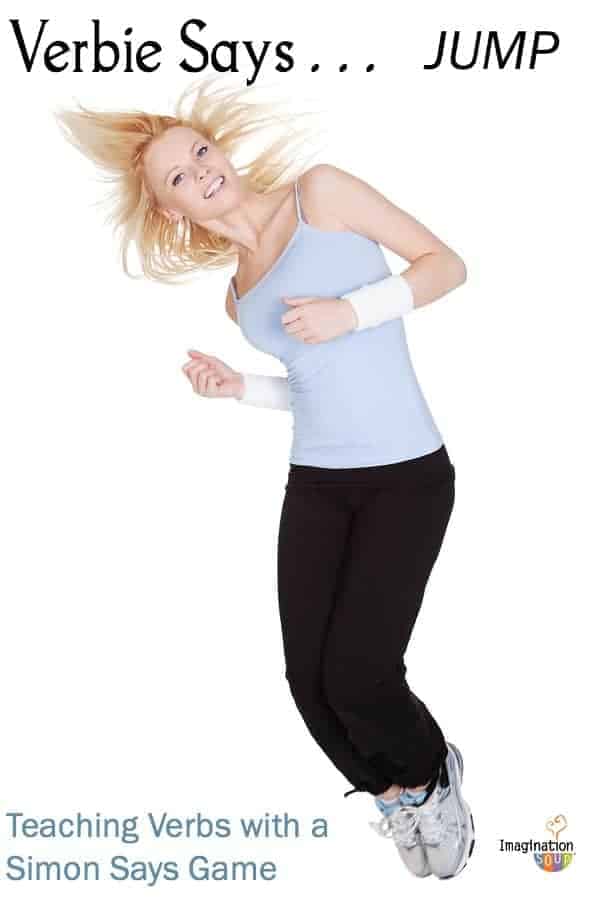 Now to apply what we learned about parts of speech with Mad Libs writing.

Have you seen the Mad Libs books? Honestly, I don’t really like the stories in most of the books. So, I used a Mad Libs Jr. Edition which had better stories, and also because it had symbols instead of parts of speech, I wrote the parts of speech by the symbols.

The kids got to laughing so loudly, I’m pretty sure they had lots of fun. With parts of speech. 🙂 Whoa.

Then, after all that building of prior knowledge, we attempted to . . .

Write Our Own Mad Lib Stories

It just so happened that one of the students had shared a very dramatic story of crashing on her bike on the way to writing workshop. I had her retell it out loud and wrote it down word for word on the white board. Then I modeled how to look for a noun, erase the noun, and Mad Lib-ize it aka. draw a line with the word noun underneath. And the same for verb and adjective. See how this could get tricky?

I asked the kids to think of a true story about an accident or sickness (preferably barfing) and write it down. Then, to go back and erase nouns, verbs, and adjectives to make their own Mad Libs.

It was a lot of steps – but very rewarding to see the results – mostly more laughter and learning. 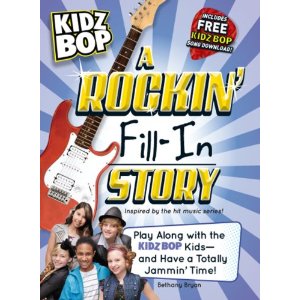 So, you can’t really call it Mad Libs – unless you’re talking about that particular brand. Like how we’re supposed to say tissues not Kleenex. But if I called it a “Fill-In” Story would you understand? That’s technically the term.

So, for some fill-in books, try:

And, please borrow my idea to help your kids learn about verbs!!
ALSO READ: Word Collections