This fall brings three new books that are inspired by the 19th century Brothers Grimm stories; they’re not for the faint of heart just like the originals. In fact,The Story of Little Red Riding Hood, A Tale of Dark and Grimm and Reckless might actually scare you a little. (Just in time for Halloween?) 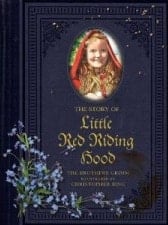 The Story of Little Red Riding Hood written by The Brothers Grimm, illustrated by Christopher Bing
There’s something magical about Bing’s illustrations – the way the light hits the faces and the objects makes you feel like you’re in the scene. You might remember Bing from his Caldecott book, Casey at the Bat.

Now, be forewarned. This is the authentic Grimm version of Little Red. The wolf eats both the girl and grandma before they are rescued by a woodcutter. (Sigh of relief.) Those moments might be scary for little people. However, this is a book you’ll want to own to touch, feel, and admire the gorgeous illustrations. 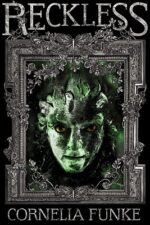 Reckless written and illustrated by Cornelia Funke
Reckless begins a new series by one of my favorite authors of all time, Cornelia Funke, and is the last name of the main character, Jacob. I’ll leave it to you to decide if he is he appropriately named but I’m pretty sure you’ll be able to guess.

Jacob abandons his life in the real world for one behind an enchanted mirror in his father’s office. Jacob can only speculate why his father disappeared, he’s been gone for years, missing since Jacob was quite small.

In Mirrorworld, Jacob travels with Fox, a clever woman who prefers her fox skin to her human skin. When Jacob’s younger brother Will (who is actually an adult and so is Jacob) follows Jacob to Mirrorworld one day, he is attacked by a stoneman, a Goyl. Will’s wounds begin to turn him into a Goyl, only he will be made of jade.

The story is filled with Grimm fairy tales — fairies, a candy house, unicorns, a Tailor, magic, spells, dwarfs and such.  I like Reckless. Mostly. It is much darker than her other books, I’m still trying to accept the shift and look forward to the next book in the series.  (Read an excerpt here.)

A Tale of Dark and Grimm written by Adam Gidwitz
I found A Tale of Dark and Grimm dark in the bloody and macabre way but, still good in the I-want-to-keep-reading way. Gidwitz’s imaginative story weaves Hansel and Gretel with eight more Grimm stories like “Faithful Johannes,” “The Devil With the Three Golden Hairs,” and “The Seven Ravens.”

In this story, brother and sister, Hansel and Gretel, aren’t abandoned by their father. No, these siblings’ parents are the king and queen of Grimm; parents who are cursed and unwise. Our heroines, the children, abandon their terrible parents in order to find better ones –  for example, ones that won’t try to kill them.

The narrator, a strong, quirky voice, warns us of the bloody things to come. While he’s sometimes distracting, for the most part I liked how his snarky voice kept me from getting too freaked out out by the gruesome parts.

Once in the wild forest, Hansel transforms into a ravenous, hunter — a beast. Sadly Gretel leaves on her own and continues her search alone. Will she ever see her brother again? What fairy tale will she wander into next?

You’ll find this a fun but unusual book, one which pulls you in and keeps your interest. It, no doubt, will make you want to reread your Complete Brother’s Grimm.  (Just don’t read it right before bed.) 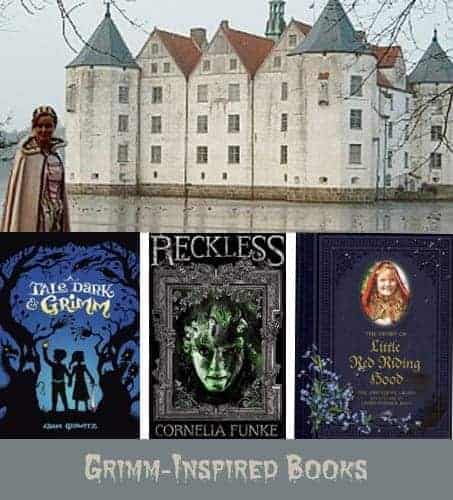 Some rights reserved by fleno.de 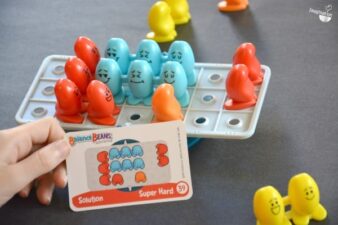