Do your kids enjoy reading mysteries? I want to tell you about four well-written middle-grade mystery books with interesting storylines, excitement, and adventure.
I’ve added these titles to my BIG list of MYSTERY BOOKS for kids.

Digging Up Danger by Jaqueline West, illustrated by Hatem Aly
You are going to LOVE the premise of this “meta” series! It’s a mystery story that while you read, also teaches you specific writing techniques about writing a mystery story. The plot is really cool, about a ghost-loving girl named Eliza whose mom is a strange plant expert. They’ve moved to a mysterious plant shop where something very creepy is happening! While you read, you’re prompted to flip to the back to learn about writing a spooky setting, using figurative language, creating a culprit, creating clues, and much more. Personally, I found that I liked reading the story first and the tips later. Either way, the writing advice is spot on for fiction writers at home, in the classroom, or in a homeschool setting. 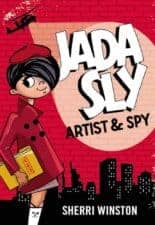 Jada Sly, Artist & Spy by Sherri Winston
I really liked this well-plotted mystery and think your readers will, too– the writing is great and the story is engaging. Jada has recently moved from France back to New York City after her Mama’s plane crashed 6 months before. But Jada still thinks her mom’s alive which makes her father think that Jada is not accepting reality. What her father doesn’t know is there’s been a man following Jada and she has actually seen her mom. What is going on?

Kazu Jones and the Denver Dognappers by Shauna M. Holyoak
Kazuko is a likable, smart, and determined main character who loves investigating mysteries despite her mother’s rules. When dogs in her neighborhood are going missing, Kazu and her best friend, March, and two more kids team up to find clues and follow leads. Things get dangerous when the police don’t believe them and they discover the warehouse where the dogs are being taken. Love this fast-paced mystery!

The Multiplying Mysteries of Mount Ten by Krista Van Dolzer
MYSTERY / STEM
Not only did I love this fun-filled adventure but I also enjoyed that it showed the fun of problem-solving math puzzles! When Esther and her stepdad accidentally arrive at math camp, not art camp, they’re forced to stay due to a major storm. Then both her roommate and stepdad go missing and she receives clues about mythological monsters, one of whom might be a murderer. Delightful. 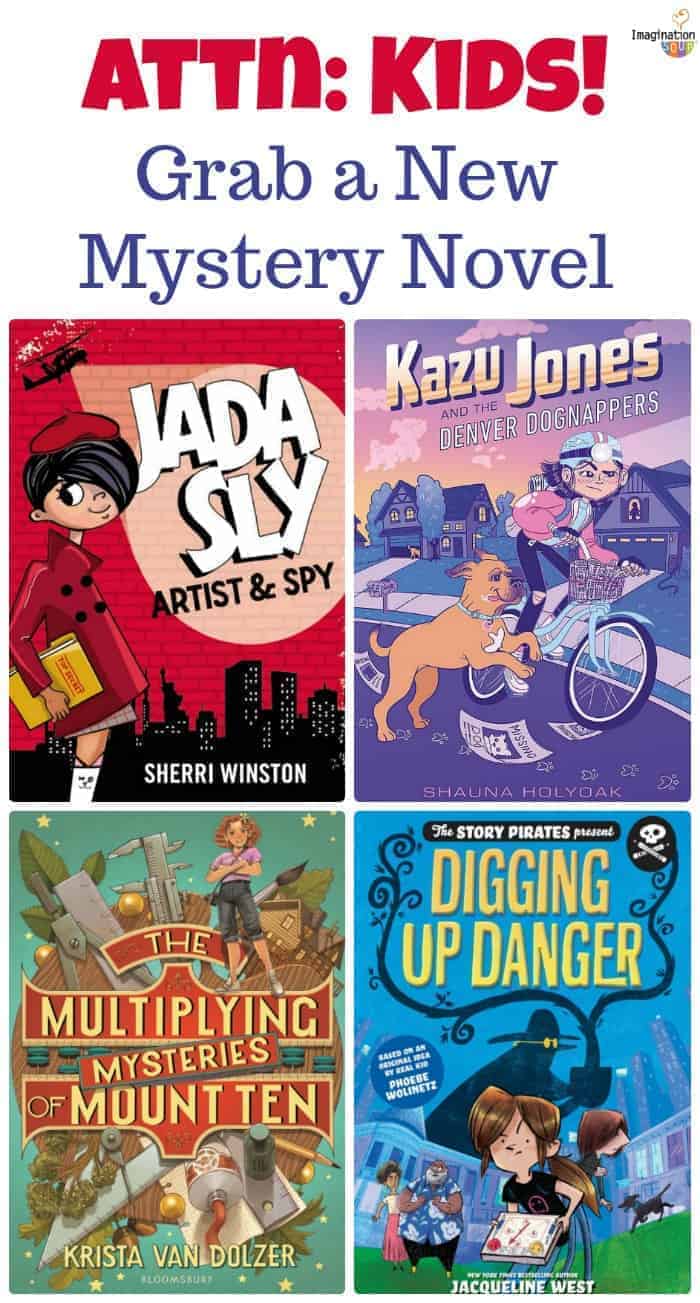