I’m excited to share with you some great new middle grade books that I think you’ll want to use in your classrooms and with your kids at home.

Boy at the Back of the Class by Onjali Q Raúf
REALISTIC / SOCIAL JUSTICE / REFUGEES
When a new refugee boy from Syria arrives at Alexa’s London school, she can’t wait to be friends with him. However, Ahmed doesn’t talk or make eye contact. Alexa and her friends learn that Ahmed was in a real war and has been separated from his family. When Alexa and her friends hear that England is going to shut the borders, they decide they must go to the Queen to help Ahmed be reunited with his family. They go to the palace in person, tangling with the guards, and getting in big trouble but it eventually leads to media attention and a happy solution. Showing the power of individuals to make a difference, this moving gem of a novel ultimately is about human kindness and friendship. It will be an essential addition to your homes, classrooms, and libraries.

A Good Kind of Trouble by Lisa Moore Ramée
REALISTIC / SOCIAL JUSTICE
Middle school is hard enough with friend drama but add to it not-being-black-enough drama, personal and community race-related drama, and boy drama. Frankly, it’s a lot for 12-year-old Shayla who, unlike her older sister with all-black friends, has a diverse friend group she calls The United Nations. When a jury finds a cop innocent in the shooting death of a black boy, despite a video showing the boy walking away, Shayla decides to take a stand and support the Black Lives Matter movement. She wears an armband to school and rallies many of her classmates of all ethnicities to join her, even though the principal says it’s against the rules. Shayla explains to her classmates that black lives have been and are still being marginalized and treated differently than what is right, fair, or equal. This is a powerful story about a girl finding her voice. 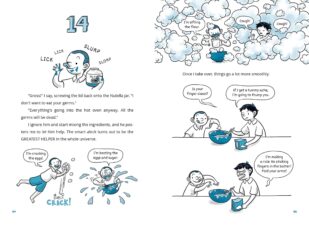 Pie in the Sky by Remy Lai

REALISTIC / IMMIGRATION
Pie in the Sky is an insightful, funny, and poignant look at the struggles of immigrating to a new country (Australia) and the difficulties of learning English along with growing up and grieving the loss of a father. Jingwen’s observations and wit make him a likable main character and the illustrations capture the depth and flavors of his experiences. He likens learning English with becoming human. Because a big part of his life centers around baking cakes from growing up in a bakery and baking with his papa, after school with his brother, he bakes the cakes that his father wanted to include at his dream Pie in the Sky bakery. (Even though it’s against his mother’s rules.) Like Jingwen says about his new beginnings and sad losses, it’s a story that is both salty and sweet. Only in truth, this book is actually the perfect blend of savory deliciousness. (*He does say crap several times in the context of learning a new English word and it applies to his difficult school situation. Honestly, you can’t blame him!)
Added to The Best Middle Grade Chapter Books & Graphic Novels of 2019. 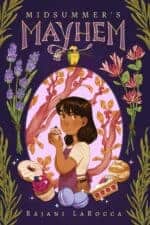 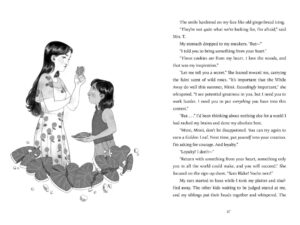 Midsummer Mayhem by Ranji LaRocca
MAGICAL REALISM
Imagine “A Midsummer’s Night Dream” in the present day filled with delicious flavors and a strong Indian cultural heritage...11-year old Mimi desperately wants to win a baking contest to stand out in her big Indian American family. She feels like she fails at everything. And recently her best friend moved away. Now her food-critic dad has been acting crazy and eating all the time, missing his discerning taste buds. In fact, everyone’s been acting crazy! Then Mimi realizes that the cookies that she and her new friend, Vik, baked with honeysuckle made the kids who ate them fall in love– in one case, with himself. There’s something weird going on ever since the new cafe opened…it has to do with magic, fairies, and growing up. 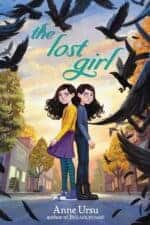 The Lost Girl by Anne Ursu
MAGICAL REALISM
“This is the story of a sign and a store. Of a key. Of crows and shiny things. Of magic. Of bad decisions made from good intentions. Of bad guys with bad intentions. Of collective nouns, fairy tales, and backstories. But most of all this is a story of the two sisters, and what they did when the monsters really came.” It took me about to the middle to really find myself immersed in the story — but I’m telling that it’s worth it to hang on. Because in this beautiful, fairy-tale-like story, the heroine saves herself (mostly) and the plot twist you won’t see coming is truly perfect. It’s about twin sisters who are separated for the first time in school, the growing sense of impending doom, a weird antique shop, a mysterious narrator, a dollhouse that seems to be metaphorical, and a persistent murder of crows. Because there is nothing that can separate these sisters. Not even the most wicked of monsters.

Charlie Thorne and the Last Equation by Stuart Gibb
ADVENTURE
The story starts out fast and furious with Einstein’s death and a huge secret he accidentally says in German… Then it goes to the present day when the CIA asks a super genius 12-year-old girl named Charlie to help find the missing and dangerous “Pandora” theory of Einstein’s. You will fall in love with Charlie—she’s a creative thinker and a survivor who despite all her knowledge still can act like a child yet also outwit bad guys in amazing ways. Terrorists, Moussed, cross-world travel, and mathematical clues combine with excellent writing to make the perfect action-adventure spy story starring a female protagonist you’ll love!
Added to The Best Middle Grade Chapter Books & Graphic Novels of 2019. 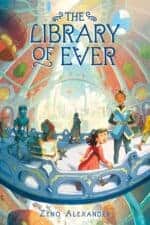 The Library of Ever by Zeno Alexander
FANTASY
Lenora steps into a section of the library that suddenly appears under an arch that reads, “Knowledge is a light.” There, she takes a job as a librarian which begins her marvelous and bizarre adventure …at the Calendar help desk, on the world’s largest globe, conversing with robots and whales and penguins and ants, shrinking and growing, and ultimately fighting bad guys in bowler hats who want censorship, ignorance, and fear. 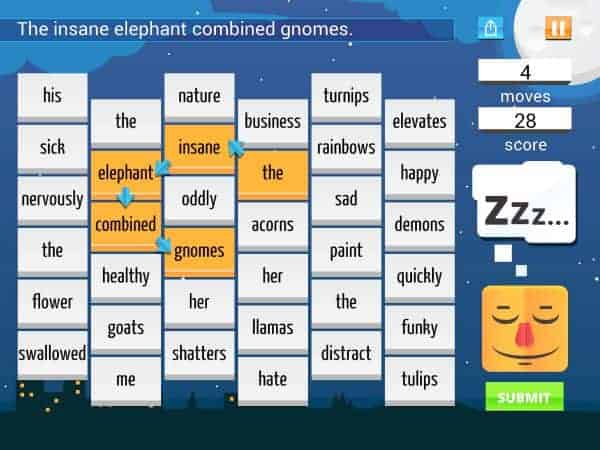 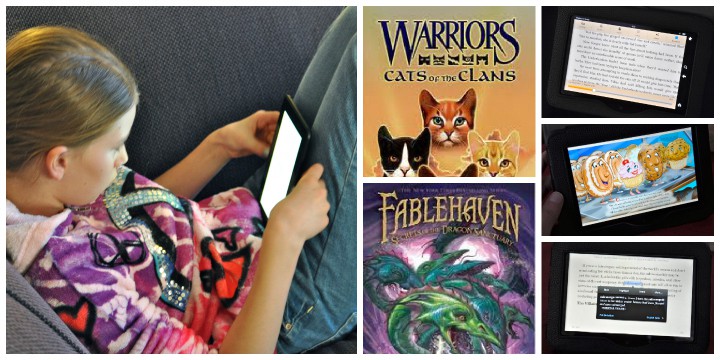