I love curling up with a good book as much for my own sanity as to help you find good books for your kids. These children’s chapter book reviews are from the books I recently read over holiday. They’re ALL amazing. I hope they give you lots of new ideas for your children or your classroom. 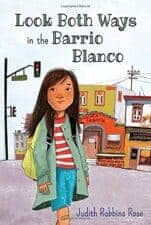 Look Both Ways in the Barrio Blanco by Judith Robins Rose (ages 8 – 12) REALISTIC
Poignant and important, this is a well-written coming-of-age story about a Mexican-American girl named Jacinta who gets herself a mentor, a local TV news reporter whom she calls Miss. Both Jacinta and Miss have their struggles and Miss doesn’t want to be anyone’s mentor. Even so, Miss exposes Jacinta to her world and neighborhood which is very different from what Jacinta knows. When Jacinta’s mama tries to return to the U.S. illegally, she gets in a bad situation. Will Miss help Jacinta’s mama or are the stakes too high? This is a great empathy building book for all kids but especially kids who don’t have experience with what life can be like for immigrants. 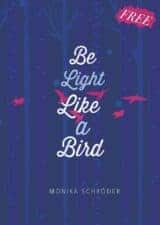 Be Light Like a Bird by Monika Schroder (ages 8 – 12) REALISTIC
I found this beautiful chapter book story so compelling. It’s about Wren, a lonely girl who, after her father was killed in a plane crash, can’t seem to find her place in the world. Her mother keeps them moving and refuses to talk about her father. Now, Wren hopes to stay in their latest small town location where she and a classmate champion against a meaningful nature spot from being destroyed. It’s a story of grief, redemption, forgiveness, and ultimately, hope, and is one that will stay with you. 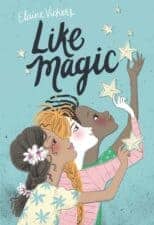 Like Magic by Elaine Vickers, illustrated by Sara Not (ages 8 – 12) REALISTIC
Three 10-year old girls, each who is struggling and lonely, find comfort and eventual friendship all because of a wonderful librarian and a treasure box she lets them check out and fill. This is a beautiful story of friendship and a tribute to all the amazing librarians who know and care about all of us who visit the library. 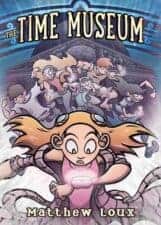 The Time Museum by Matthew Loux (ages 8 – 12) SCI-FI / GRAPHIC NOVEL
Delia interns at the Time Museum, a time travel museum where she and other kids her age compete for a permanent spot with the museum in this sci-fi graphic novel. A sinister time traveler forces the group to work together to stop permanent damage to the world and the time museum. My 11-year old endorses this book as: awesome.

The Quest for the Truth series (books 1 – 4) by Brock Eastman (ages 8 -12) SCI-FI / CHRISTIAN
I couldn’t put these chapter books down — which was a very fun surprise because I didn’t know what to expect from a Christian fiction series like this. The writing is fantastic — fast paced and engaging and the story itself is intriguing, a futuristic world in which the four siblings archeologist parents are kidnapped by forces trying to find artifacts which will lead them to eternal life. The kids pursue both the artifacts and their missing parents across different planets where they discover a hidden civilization of blue-colored people, escape a dangerous laboratory with predatory creatures including dinosaurs, learn a friend is really a foe, get captured by pirates, and so much more. I’m looking forward to the final book, book five! 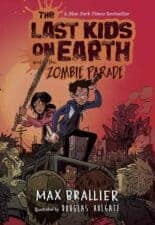 The Last Kids on Earth and the Zombie Parade by Max Brallier, illustrated by Douglas Holgate (ages 8 – 12) SCI-FI
Filled with engaging cartoon-like illustrations, we once again delve into the exciting zombie-filled world where Jack and his three friends seem to be the only humans left on Earth. The friends meet an alien named Thrull who gifts them with a Beastiary, a book to collect bits and pieces of monsters and information about each. It’s fun, action-packed, and dangerous as the kids collect information for the book, tracking and fighting monsters but . . . they’re in for a terrible betrayal that just might be the end of the world for real this time. 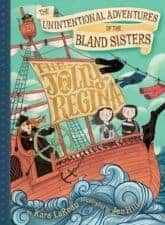 The Jolly Regina: The Unintentional Adventures of the Bland Sisters by Kara LaReau, illustrated by Jen Hill (ages 8 – 12) ADVENTURE  / HUMOR
Even before their parents disappeared, Jaundice and Kale Bland loathed excitement and adventure. But their boring existence is rudely disrupted when they are kidnapped by all-female pirates. Who would have thought they could adapt to pirate life, search for their long-lost pirate parents, and return home with the exact same desire for boring as when they left? Funny and very entertaining! 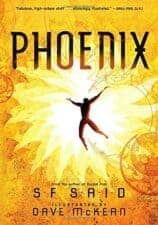 Phoenix by S.F. Said, illustrated by Dave McKean (ages 10+) SCI-FI
Great writing and an amazing plot will hook you from the first moment in this science fiction adventure about dying stars, an imperial empire, cloven-hooved Aliens, and an unusual boy named Lucky who is far more than he seems. LOVED it!

Maresi (The Red Abby Chronicles) by Maria Turtschaninoff (ages 13+) FANTASY
When Jai arrives at the safe haven of the Abby, Maresi takes her under her wing, showing her the Abby’s sacred spaces, work, and rituals. But when Jai’s past arrives on the island with murderous intent, can Maresi save the children while the Sisters use their magic to stop the intruders? Wonderful world-building, rich with female power, and sets the stage for more stories as Maresi comes into her destiny.

Book titles above added to my complete book lists: 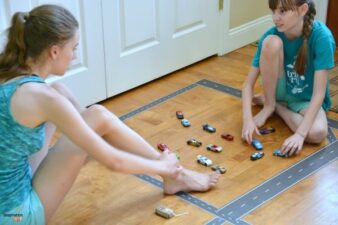