This originally French fairy tale became popular in the 1700s written by Gabrielle-Suzanne Barbot de Villeneuve. When her father is imprisoned by a cursed Beast for stealing a rose, Belle, or Beauty, trades her freedom for that of her fathers. Beast treats her well but it isn’t until Beauty breaks her promise to him and finds him dying that she professes her love and he turns into a prince.

Take one beautiful, smart girl, add in a hideous beast, an enchantment, a rose, and other jealous characters (sisters in the original story) who try to thwart their love, and you have everything you need to write (or reimagine) this classic fairy tale.

Beauty and the Beast Picture Books 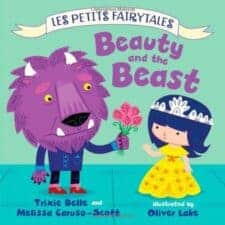 Les Petits Fairytales: Beauty and the Beast by Trixie Belle and Melissa Caruso-Scott, illustrated by Oliver Lake (age 1 – 4)
Only one word is on every page so using the word prompt and the charming illustrations, you can fill in the story as you read this board book to your child. 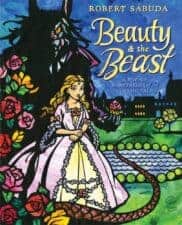 Beauty and The Beast: A Pop-up Book of the Classic Fairy Tale by Robert Sabuda (ages 3 – 7)
Vibrant colorful illustrations that remind me of stained glass pop out of the pages (or lift under flaps) to retell this fairy tale. A masterpiece of artwork by the pop-up book king. 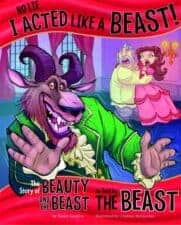 No Lie, I Acted Like a Beast! by Nancy Loewen, illustrated by Cristian Bernardini (ages 4 – 8)
Poor misunderstood Prince Elmer! When his acting audition goes wrong, he’s cursed by an evil fairy. Silly and whimsical, this story make you laugh. 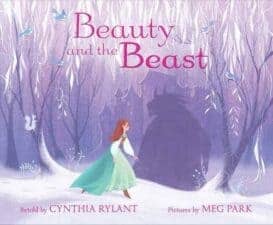 Beauty and the Beast by Cynthia Rylant, illustratd by Meg Park (ages 4 – 8)
Beauty’s bravery shines through this retelling with lovely, warm illustrations! Newly for 2017. 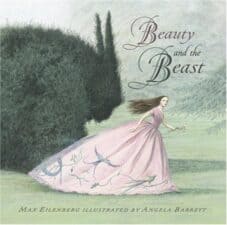 Beauty and the Beast by Max Eilenberg, illustrated by Angela Barrett (ages 4 – 8)
I love the (creepy) way the talented illustrator, Angela Barrett, imagines Beast — the tail is especially freaky! The story contrasts the dark, light, and emotional side of the characters and you’ll find yourself enchanted with every page. 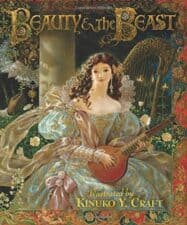 Beauty and the Beast by Mahlon F. Craft, illustrated by Kinuko Y. Craft (ages 4 – 8)
A detailed retelling accompanied by lavish illustrations makes this a marvelous retelling. 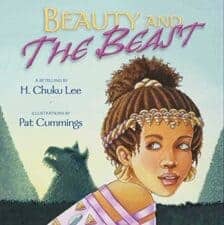 Beauty and the Beast by H. Chuku Lee, illustrated by Pat Cummings (ages 4 – 8)
Set in West Africa in Mali, this is a beautiful version of the fairy tale within a new culture. I also like that the author writes the story in first person from Beauty’s perspective. 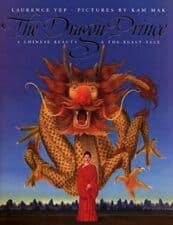 The Dragon Prince: A Chinese Beauty and the Beast Tale by Laurence Yep, illustrated by Kam Mak (ages 4 – 8)
With similarities to the French story, this a unique Chinese fairy tale about a brave daughter who tries to save her father from a dragon who is really a prince. 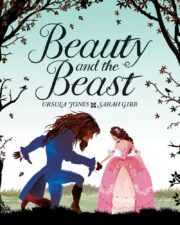 Beauty and the Beast by Ursula Jones, illustrated by Sarah Gibb (ages 4 – 8)
Sarah Gibb does an excellent job illustrating this version that is close to the original story. 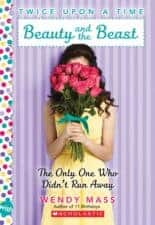 Beauty and the Beast: The Only One Who Didn’t Run Away (Twice Upon a Time #3) by Wendy Mass
Beauty isn’t beautiful or graceful. The prince isn’t athletic and commanding and now, even human looking. Both main characters narrate their unexpected lives and inevitable romance. My daughter loves this series and thought this adaptation of the fairy tale hit the mark. 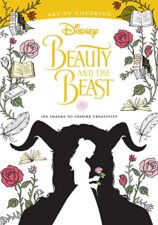 Art of Coloring: Beauty and the Beast: 100 Images to Inspire Creativity by Disney
Not an adaptation or retelling — just a fun coloring book for your artistic enjoyment. 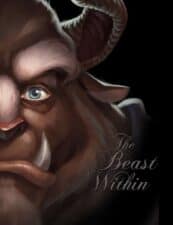 The Beast Within by Serena Valentino, illustrated by Disney Storybook Art Team
(Free on Kindle Unlimited) Read how the cursed prince became a bitter and reclusive monster before he ever meets Belle. Hint: he betrayed a girl with witch sisters.

As Old as Time: A Twisted Tale by Liz Braswell
Published by Disney, this book is a new take on Belle’s story. Belle discovers that it’s her own mother, an enchantress, who cursed Beast!

Beauty and the Beast YA Books (Ages 13+)

Beauty by Robin McKinley
(Free on Kindle Unlimited) For die-hard fans, this version of Beauty and the Beast with it’s depth of character and plotting is the quintessential read. McKinley transports readers into this beautiful love story that sticks closely to the original tale. 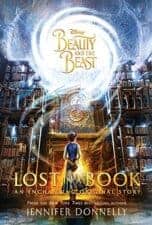 Lost in a Book by Jennifer Donnelly
When Belle discovers a book in the Beast’s library, it transports her to another world and this world doesn’t want her to return to her real home. Brings a whole new dimension to the phrase in the title, doesn’t it? 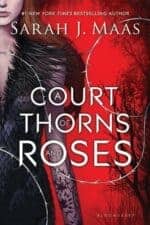 A Court of Thorns and Roses by Sarah J. Mass
Readers will find elements of the Beauty and the Beast fairy tale and others set in a paranormal world of the Fae with a more steamy romance (yes, there is sex is in this book), and violence.

The Becoming Beauty Trilogy by Brittany Fichter
(Free on Kindle Unlimited) In a three book series, Fichter reimagines her own Beauty and the Beast romance about a merchant’s daughter named Isa and a warrior prince named Everard. 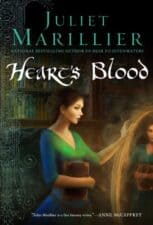 Heart’s Blood by Juliet Marillier
While not totally in sync with the fairy tale, this story contains similar elements — a hard-working heroine, a somewhat beast-like main character (he’s crippled), and their inevitable romance. It’s set in 12th century Ireland with ghosts and invading Normans.

Beast by Donna Jo Napoli
Set in Persia, this story is told from Beast’s perspective, the prince of Persia who was cursed by a fairy. His curse can only be broken by the love of a woman. He travels to search for this woman and find redemption from his beastly side. Not the best book of this group. 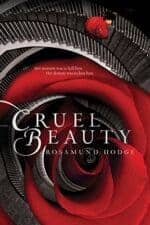 Cruel Beauty by Rosamund Hodge
Nyx must kill the man she’s arranged to marry, the demon ruler of the kingdom, Ignifex. But it’s not that simple, not when her heart gets involved.

Are there any books you’d add to this list? 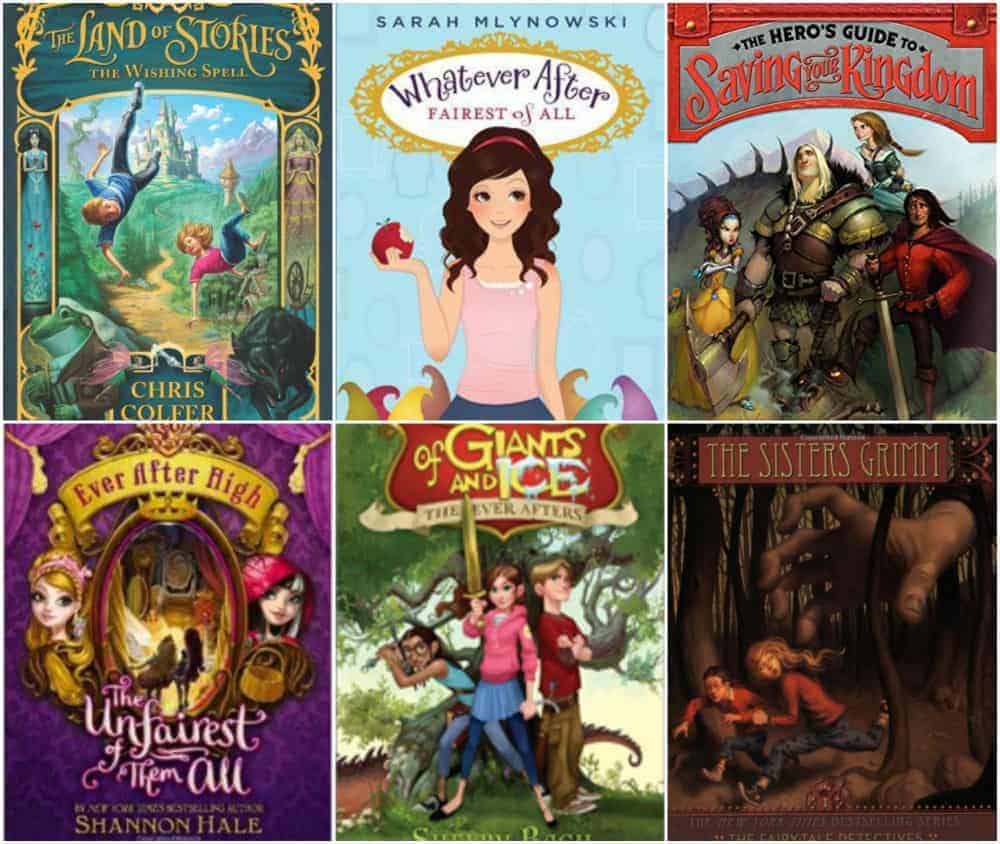