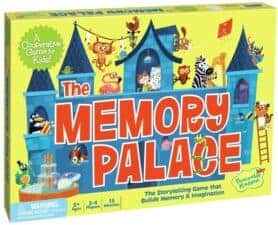 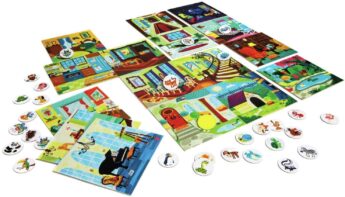 The Memory Palace is a collaborative storytelling game from Peaceable Kingdom for ages 5+ that builds memory and imagination. It encourages communication, creativity, storytelling, and memory.

First players set out the picture cards in any position. 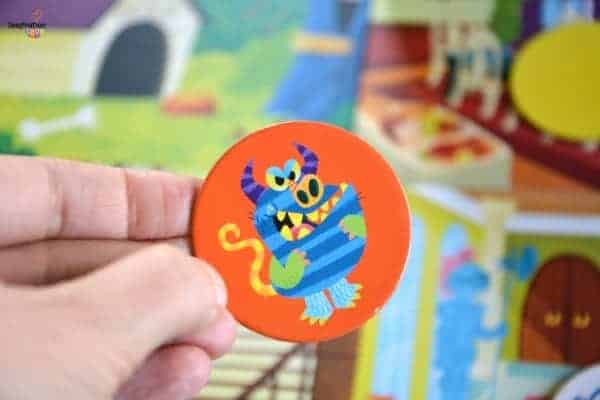 Randomly put three of the monster tokens face down in three rooms.

Then players take turns picking animal tokens. Pick a room for the animal to go in and make up a silly story about the animal in that room. Then place the token face down. 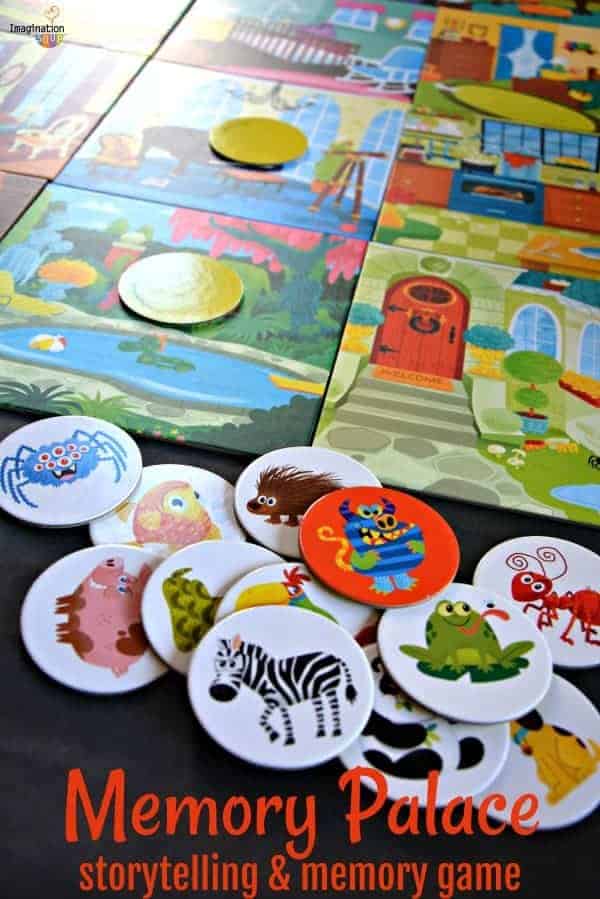 After everyone has gone, one other player tests his or her memory. This player must try to remember the animal and the story in each room.

If the story and animal is correct, the token gets to be face up.

BUT, watch out. If you turn over a monster, the game is done and it’s time to start a new game.

My daughter enjoyed both making up and remembering the stories. It’s also pretty cool that players aren’t pitted against each other since it’s a collaborative game. 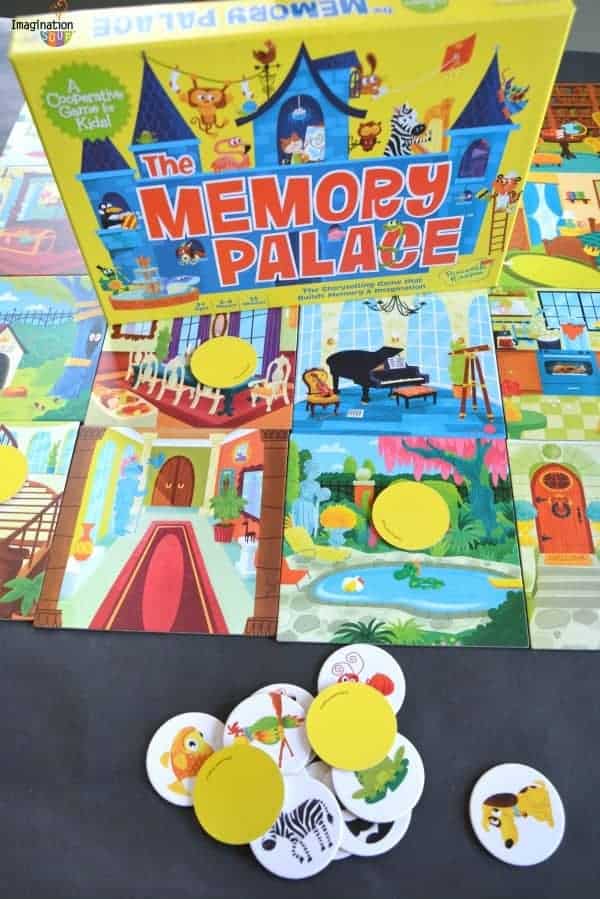