Players aged eight and up shape the future of a new society in a FREE award-winning video game called Quandary. Quandary helps kids recognize ethical issues and deal with challenging situations in their own lives.

Video games often get a bad rap, but this online and tablet game is one you can endorse for how it builds kids’ solid critical thinking, perspective-taking and decision-making skills.

Both my kids and a friend of theirs played this game and loved it. 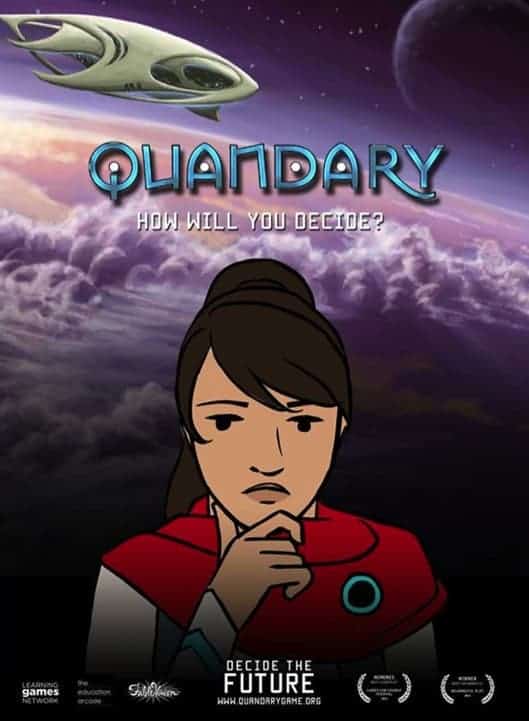 Players develop skills such as critical thinking, perspective-taking and decision-making. Quandary provides a framework for how to approach ethical decision-making without telling players what to think.

Your character is leading a new human colony on a distant planet called Braxos. To lead, you must make difficult decisions with problem scenarios. As a leader you’re put in a scenario and it’s your job to figure out what facts are relevant and determine the best solution. Of course, there are no clear right or wrong answers and when you do make a decision, you’ll also be trying to get colony support. Each decision does have consequences – to you, the colonists, and the planet Braxos – so you must choose wisely. Once you choose one of two solutions, you recommend it to elders back on earth to implement on the planet. You must tell the elders how you think the colonists will react.

My kids said it was fun to sort out who agrees and disagrees. They liked helping the colonists make a decision as well as trying to get people to change their minds. The characters, in my kids opinions were “cool. ” (=high praise!) 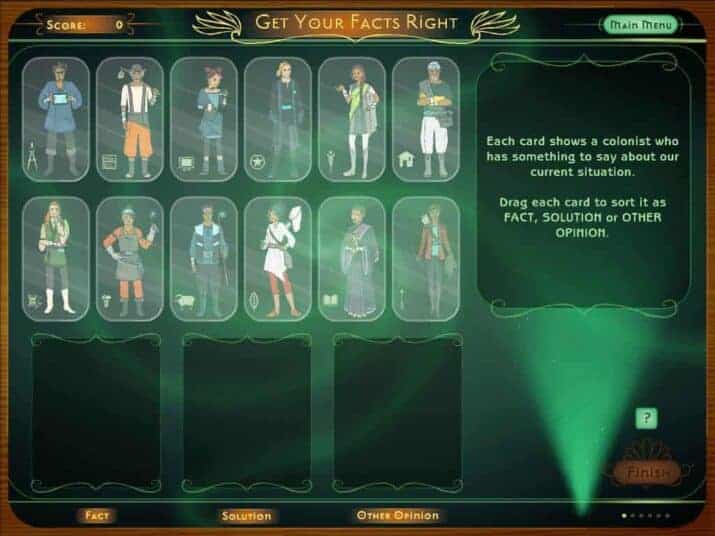 While playing, you’ll read a comic showing the creation of a new society on the undeveloped planet Braxos as well as the events that prompt the three episodes: lost sheep, water war, and fashion faction. Each episode presents a dilemma. For example, in “Lost Sheep”, a predator is attacking the sheep the colony uses for food and clothes. However, this same predator has medicinal value that could help the colonists. So, what should the colony do? 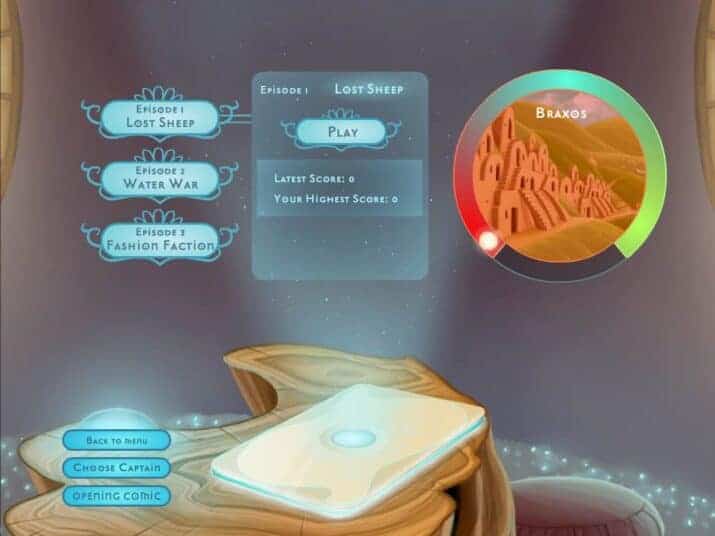 Quandary is great for the classroom because it aligns with the language arts common core standards that emphasize making an argument and justifying opinions. Teachers can get more information on the Quandary website for using it in the classroom.

But, Quandary is also a fun game for parents and kids to play together at home. You’ll find that there’s a lot to discuss during each episode! 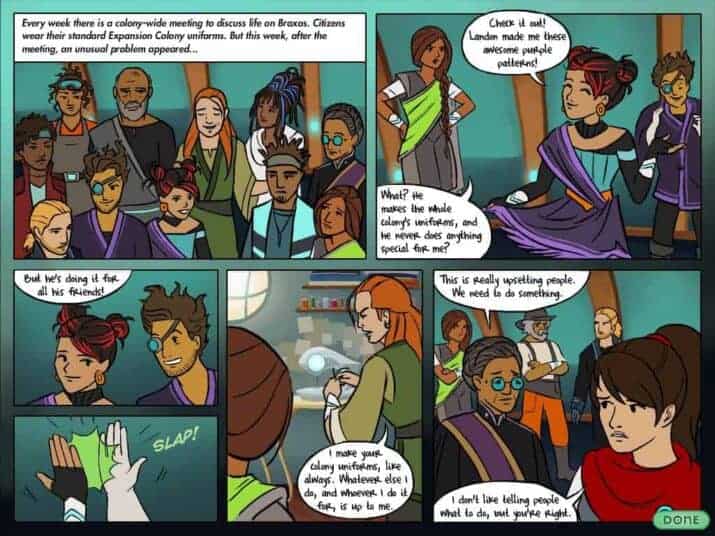 My kids and I were totally impressed with artwork of Quandary, too. And, the tablet version of Quandary offers a fun bonus – a character creation tool!

I KNOW you’re going to love this game! 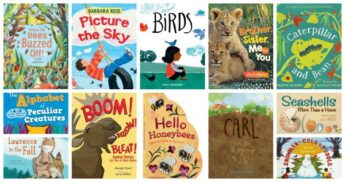