Kids LOVE funny picture books. Well, who doesn’t want a book that will make you laugh?! I know these new picture books (2016) will get you giggling and chortling.

These Picture Books Will Make You Laugh 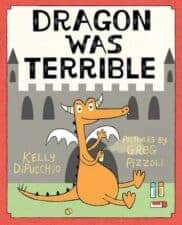 Dragon Was Terrible by Kelly DiPucchio, illustrated by Greg Pizzoli
What a funny story with fantastic illustrations! Kids will love this naughty dragon who scribbles in books, steals candy from baby unicorns, and even burps in church! The king will reward a brave knight, er, anyone, with a nice gift if only they can tame the terrible dragon. But it’s one boy who knows just what to do — lure and tame the dragon in with a STORY. 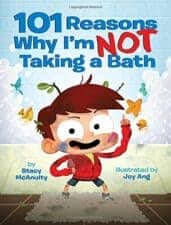 101 Reasons Why I’m NOT Taking a Bath by Stacy McAnulty, illustrated by Joy Ang
A hilarious book about a boy (maybe you know him?) who has 101 reasons he can NOT take a bath. He’s allergic to water. None of his friends have to take a bath. Aliens might attack when he’s in the bath. That’s not dirt, it’s a freckle. The kid is a genius with excuses! But you won’t believe what happens when he finally gets in the bath. Okay, you might believe it. Since you and I know this kid. NOW he won’t get out! 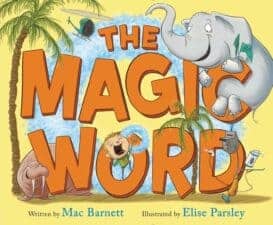 The Magic Word by Mac Barnett, illustrated by Elise Parsley
The Magic Words is a totally hilarious cautionary tale. when Paxton learns that you can have whatever you want if only you say the magic word, even wishing for a walrus, he says the word: ALAKAZOOMBA. And it works! Paxton is thrilled and starts wishing for his dream life — a swimming pool, a robot chef, an elephant, a helipad, a lemonade moat, anything and everything he wants. But it’s not as fun as he thought . . . Added to: Picture Books About Manners 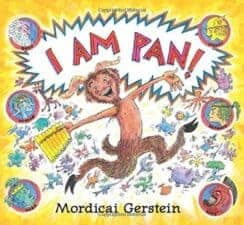 I Am Pan! by Mordicai Gerstein
Exuberant cartoon illustrations perfectly capture the pandemonium of Pan, the god of the wild. Hilarious adventures involving angry dragons (and an angry Zeus), the lovely Echo, Pan’s musical pipes, teaching King Midas another lesson, and lots of laughter. 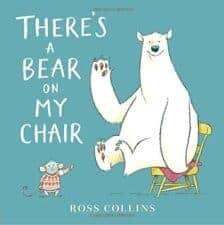 There’s a Bear on My Chair by Ross Collins
Oh, the frustration of a bear who is sitting on the mouse’s chair! (And the fun of annoying a mouse!) Rhyming and silly, this is a delightful book that will crack you up. 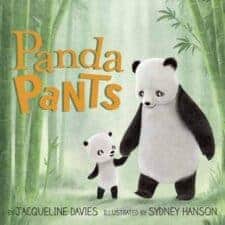 Panda Pants by Jacqueline Davies, illustrated by Sydney Hanson
Gorgeous illustrations highlight much of this funny story (look for the snow leopard!) about a boy who really, really wants pants. He and his dad walk and talk about the pros and cons of pants. But what about that leopard?
Also read: Funniest Picture Books Ever List, Good Storybook Apps, and 10 Funny Picture Books