Möbi is a crossword style game for math facts –basic addition, subtraction, multiplication, and addition. I say basic because the numbers only go to 12 so you’re limited in the equations you can create. 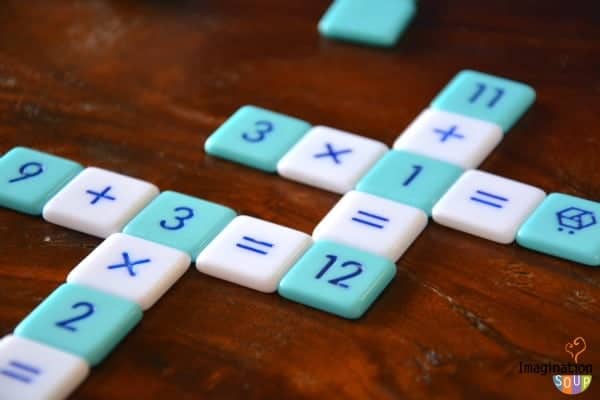 Although you’re competing against an opponent or opponents, it’s almost like your own game since you work at your own pace to make equations and get rid of all your blue number tiles. 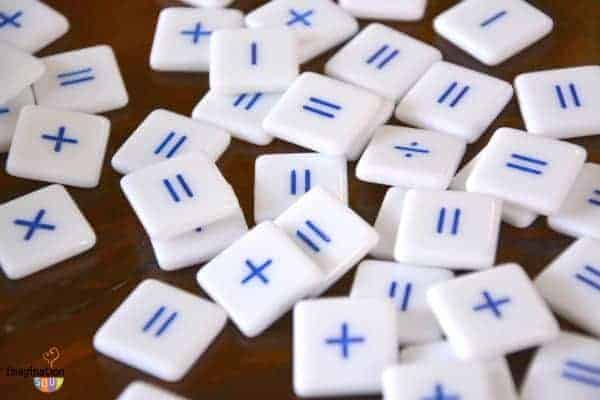 The game play is simple. Players draw blue number tiles which they’ll use with the white tiles consisting of plus signs, minus signs, multiplication signs, and division signs to make true equation sentences.

It requires thinking and will increase familiarity with those oh so important math facts.

I really liked this game but my 10-year old daughter didn’t — but then again, she doesn’t enjoy much of anything math related. I thought this was a fun way to practice math facts — better than flash cards. And I loved thinking about what equations to make.

However, my daughter says that she prefers math app games.

I figure there’s room for compromise and trying new things.

What do you think? Would your kids like this game? 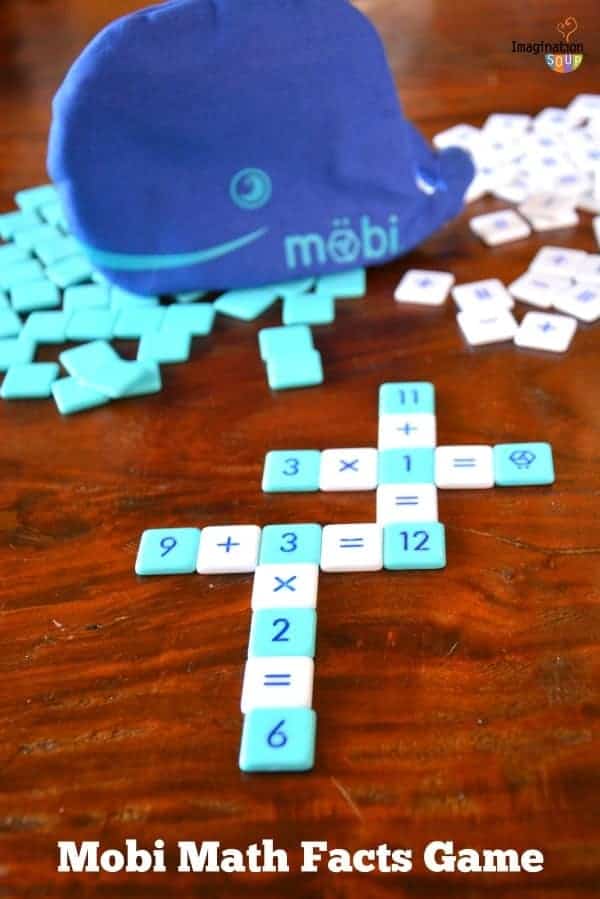 Watch how to play Möbi here:

see also: The Biggest List of Math Picture Books EVER