I’ve found the best books for kids to give as gifts this year. Books for all ages from 2 to 18! Here are my final picks, books that my kids and I have read and recommend. Enjoy!! 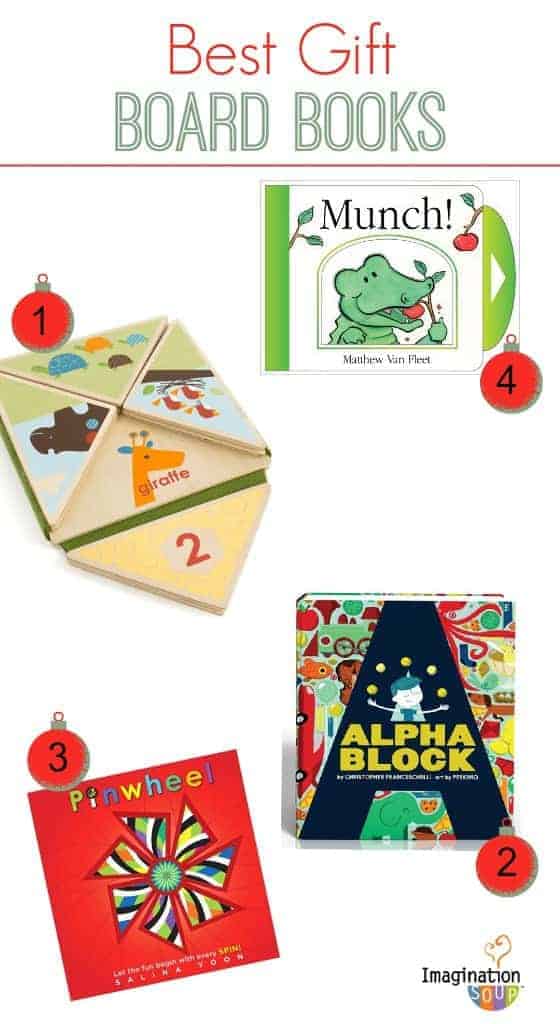 for ages 12 months+.
Fold and flip for fun. This unique origami-inspired toy is both a folding book and a learning game in one. One side features a number game, while the other helps little kids learn new words – all with the help of brightly-colored safari friends. Made with non-toxic paint and finishes.

for ages 1-4 years.
As readers interact with the pages, they will familiarize themselves not only with the 26 letters and associated words, but also with each letter’s physicality—angles, holes, and curves, both front and back. With Peskimo’s animated, stylish visuals, this fresh ABC book encourages readers to manipulate the alphabet in a whole new way.

for ages 3-6 years.
Turn the wheel and watch each scene transform with spinning, eye-catching designs! Award-winning artist Salina Yoon’s spectacular display of kinetic art immerses readers in a colorful, poetic journey. From a balloon-filled sky to the deep blue sea, Pinwheel reminds readers of the beauty all around them. Let the fun begin with every spin!

for ages 2-6 years.
A humorous look at how animals munch, crunch, and eat! In this hands-on read-aloud that’s sure to be a favorite, tabs and textures animate the madcap antics of a cast of frolicking critters whose mouths are made to do more than eat!

for ages 3-5.
“Sweet” has new meaning in this richly illustrated, immersive picture book about two bears on a big-city adventure. Papa Bear is searching for Little Bear, who has escaped the den. Little Bear is following a bee because where there are bees, there is honey! When the quest leads both bears into the bustling city and a humming opera house, theatrical hijinks ensue, culminating in a deliciously harmonious reunion.

for ages 2-6.
Ever since Unicorn moved into the neighborhood, Goat has been feeling out of sorts. Goat thought his bike was cool until he saw that Unicorn could fly to school! Goat made marshmallow squares that almost came out right, but he’s jealous when Unicorn made it rain cupcakes! Unicorn is such a show-off, how can Goat compete? Then when Goat and Unicorn share a piece of pizza, Goat learns that being a unicorn might not be what he thought. And when Unicorn shows his admiration for Goat, it looks like the beginning of a beautiful friendship.

for ages 5-8.
It’s not easy being seen. Especially when you’re NOT like everyone else. Especially when what sets you apart is YOU. Sometimes we squish ourselves to fit in. We shrink. Twist. Bend. Until — ! — a friend shows the way to endless possibilities. In this bold and highly visual book, an emphatic but misplaced exclamation point learns that being different can be very exciting! Period.

for ages 4-9.
When Alex gets a silly, sappy picture book called Birthday Bunny, he picks up a pencil and turns it into something he’d like to read: Battle Bunny. An adorable rabbit’s journey through the forest becomes a secret mission to unleash an evil plan–a plan that only Alex can stop.

ages 3-7.
Mo is a monster who just got a mustache. A big, black, beautiful mustache. Everybody likes Mo’s mustache. Now Knot, Dot, Nib, Tutu, Bob, Bill, and Ben all have mustaches too. In fact, soon EVERYBODY has a mustache! Why is everyone copying Mo? And how will he (and his mustache) ever stand out? 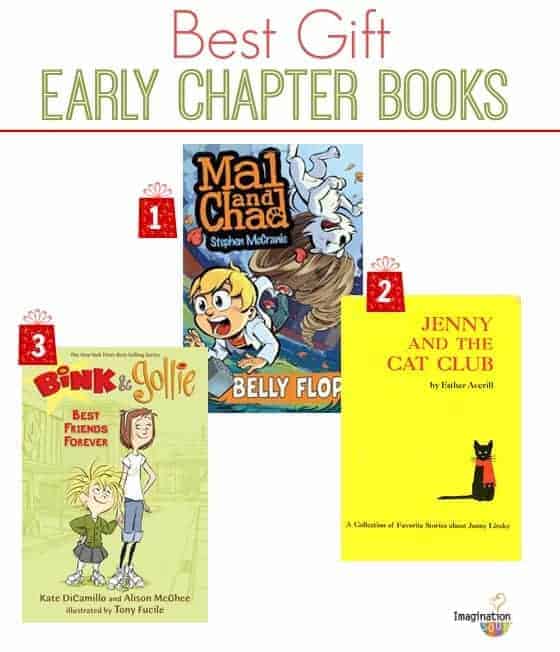 Kids graduating from picture books or anxiously awaiting the next Ook and Gluk book will devour Stephen McCranie’s laugh-out-loud series.

2. Jenny and the Cat Club: A Collection of Favorite Stories about Jenny Linsky

Join Jenny and her friends, including fearless Pickles the Fire Cat, on their spirited downtown adventures and discover why The Atlantic Monthly called Jenny “a personality ranking not far below such giants as Peter Rabbit.”

Slapstick and sweetness, drollery and delight abound in this follow-up to the Geisel Award–winning, New York Times Best Illustrated Children’s Book Bink and Gollie, written by the beloved and best-selling Kate DiCamillo and Alison McGhee and brought to hilarious life by Tony Fucile. 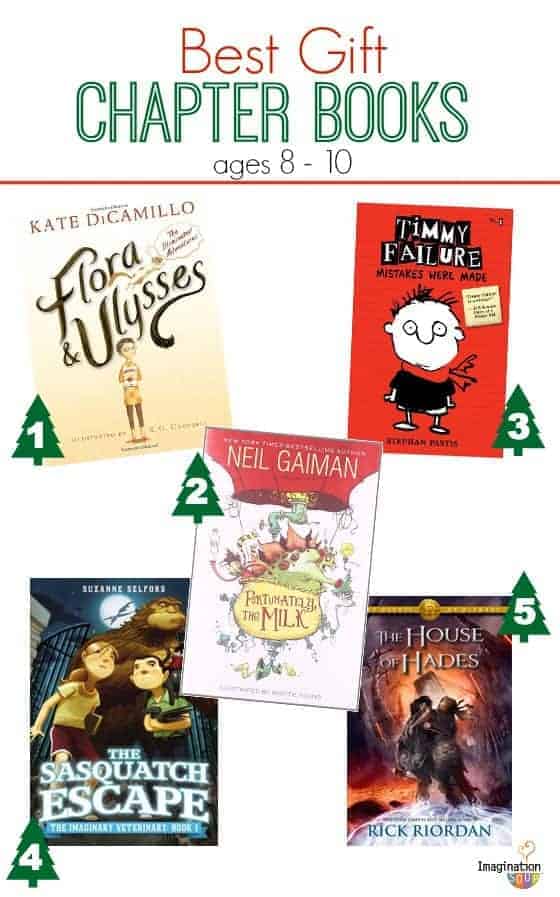 1. Flora and Ulysses: The Illuminated Adventures

Find out just how odd things get in this hilarious story of time travel and breakfast cereal, expertly told by Newbery Medalist and bestselling author Neil Gaiman and illustrated by Skottie Young. Added to: Best Read Alouds for 2nd Grade

3. Timmy Failure: Mistakes Were Made

From the offbeat creator of Pearls Before Swine comes an endearingly bumbling hero in a caper whose peerless hilarity is accompanied by a whodunit twist. With perfectly paced visual humor, Stephan Pastis gets you snorting with laughter, then slyly carries the joke a beat further — or sweetens it with an unexpected poignant moment — making this a comics-inspired story (the first in a new series) that truly stands apart from the pack.

When Ben Silverstein is sent to the rundown town of Buttonville to spend the summer with his grandfather, he’s certain it will be the most boring vacation ever. That is, until his grandfather’s cat brings home what looks like . . . a baby dragon? Suzanne Selfors delivers a wild journey filled with mythical creatures and zany adventures that are anything but imaginary.

5. The House of Hades

At the conclusion of The Mark of Athena, Annabeth and Percy tumble into a pit leading straight to the Underworld. The other five demigods have to put aside their grief and follow Percy’s instructions to find the mortal side of the Doors of Death. If they can fight their way through the Gaea’s forces, and Percy and Annabeth can survive the House of Hades, then the Seven will be able to seal the Doors from both sides and prevent the giants from raising Gaea. But, Leo wonders, if the Doors are sealed, how will Percy and Annabeth be able to escape?

Jackson Opus has always been persuasive, but he doesn’t know that he’s descended from the two most powerful hypnotist bloodlines on the planet. He’s excited to be accepted into a special program at the Sentia Institute — but when he realizes he’s in over his head, Jackson will have to find a way to use his powers to save his friends, his parents, and his government.

THE LOST KINGDOM is an epic journey filled with marvelous exploits, courage and intrigue, and a bold reimagining of a mythical America. Matthew J. Kirby brings his signature storytelling prowess and superb craft to this astonishing story of fathers and sons, the beginnings of a nation, and wonder-filled adventure.

4. The School for Good and Evil

5. The Land of Stories: The Enchantress Returns

Alex and Conner Bailey have not been back to the magical Land of Stories since their adventures in The Wishing Spell ended. But one night, they learn the famed Enchantress has kidnapped their mother! Against the will of their grandmother, the twins must find their own way into the Land of Stories to rescue their mother and save the fairy tale world from the greatest threat it’s ever faced.

A sinister Problem has occurred in London: all nature of ghosts, haunts, spirits, and specters are appearing throughout the city, and they aren’t exactly friendly. Only young people have the psychic abilities required to see-and eradicate-these supernatural foes. Many different Psychic Detection Agencies have cropped up to handle the dangerous work, and they are in fierce competition for business.

Cinder, the cyborg mechanic, returns in the second thrilling installment of the bestselling Lunar Chronicles. She’s trying to break out of prison–even though if she succeeds, she’ll be the Commonwealth’s most wanted fugitive.

In this breakthrough story—reminiscent of The Diving Bell and the Butterfly—from multiple Coretta Scott King Award-winner Sharon Draper, readers will come to know a brilliant mind and a brave spirit who will change forever how they look at anyone with a disability.

This extraordinarily odd, but extraordinarily endearing, girl manages to push through her grief. Her journey to find a fascinatingly diverse and fully believable surrogate family is a joy and a revelation to read.

Remember, . . . the more books a child owns, the more reading he does, and better he gets. So, give a book or three!

See all the best gifts for kids that I personally recommend: 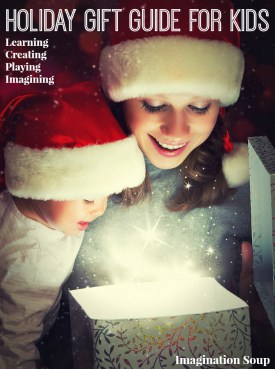