I’m dyslexic and didn’t learn to read until after failing 4th grade. My goal as an author is to engage kids who think they don’t like reading.

As a child of the 1960s, dyslexia wasn’t on anyone’s radar, so I was simply labeled slow when I struggled in school. It didn’t help when my father left. Then I was not only slow, but “the product of a broken home.”

By the time I was in 4th grade for the second time, I realized it was up to me to help myself. I was sick of the books that were supposed to be right for my reading level and was determined to try a different method. I went to my local library and took out the biggest, fattest book they’d let a 9-year-old non-reader borrow. That happened to be Oliver Twist by Charles Dickens. I renewed it over and over again for a full year and by the time I finished it, the book had fallen apart, but the librarian smiled in approval and said she’d repair it.

That book taught me how to read where the simple ones never could. It also showed me why people read on purpose. It’s not because it’s a subject in school; it’s for the free movies you get in your head.

So why did that book work for me when simpler books couldn’t? For one thing, it had a good story, and it was one that I could relate to. Oliver lived on the street and he didn’t have parents to look after him. He had to solve all of his problems on his own. Even though the words were hard, I persevered because I needed to know what happened next.

For me, being forced to read dumbed-down books made me hate reading. Tackling a harder book was like climbing a big mountain – a challenge, but worth it in the end.

Now, I’m not going to suggest that you hand a kid Oliver Twist. But what about a book that goes high instead of low? A book that will enthrall, but will also speak to the reader’s deepest worries?

One reason that I write about kids who are plunged in a time of challenge is because I think all kids today are plunged in their own personal war and it helps them to read about other kids in parallel circumstances. It helps them put their own situation into context and makes them feel that they’re not alone.

I’ll set a book aside if it doesn’t grab me within the first two paragraphs. I think that kids should be given permission to do the same. Taste in books is very individual but everyone is just one book away from being an avid reader. The key is to find that first book that thrills.

With that in mind, here are nine that I love:

Books For Kids Who Think They Don’t Like Reading 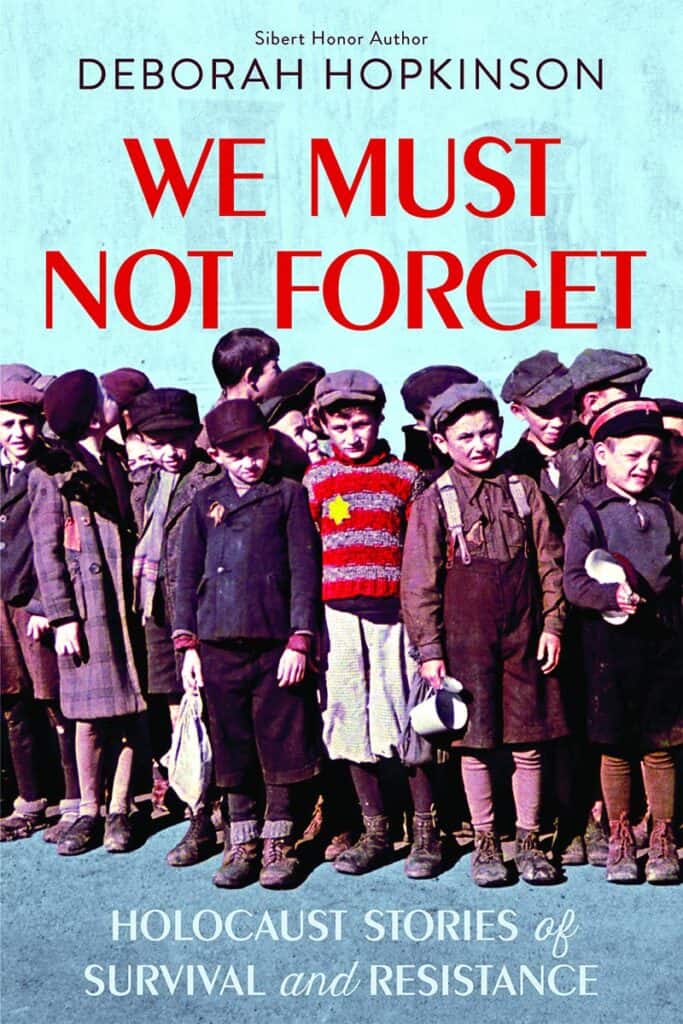 Deborah Hopkinson’s new collection of true stories, We Must Not Forget, is a hefty 350 pages but if I were a kid now it would have been my go-to book. One of the reasons I chose Oliver Twist was because it looked impressive, and I loved carrying it around. The same can be said for this book. But this book is also easy to read because you can dive into as many or few of the true Holocaust survival and resistance stories as you want to. There’s a generous sprinkling of photographs throughout, and that, combined with the largish print makes it very engaging. 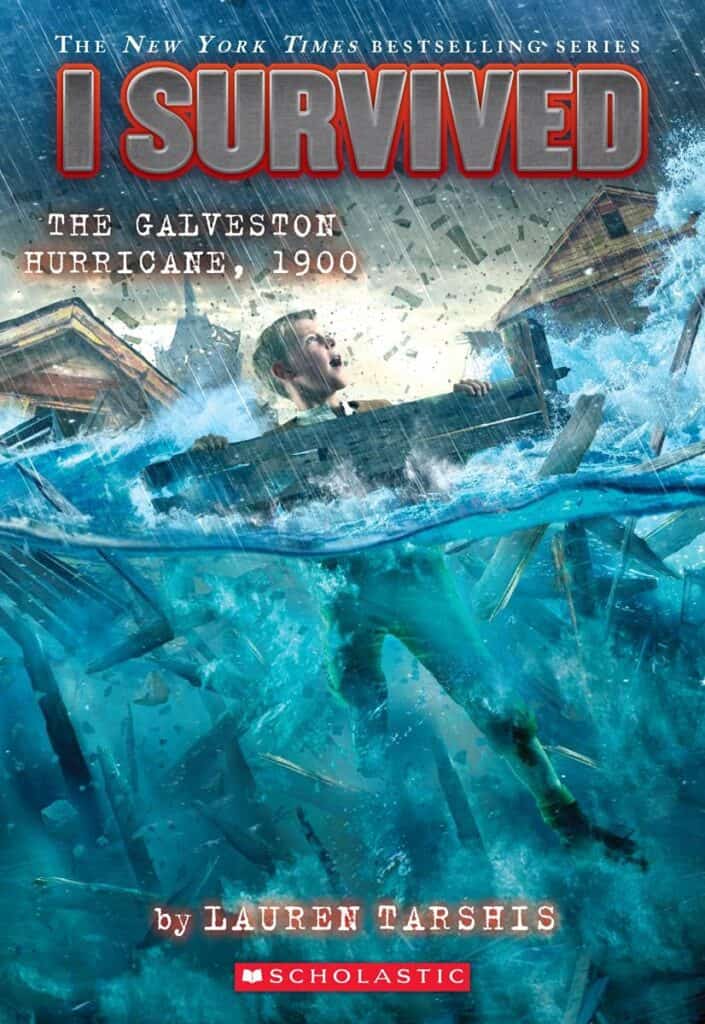 Some reluctant readers could find a hefty book to be daunting. For those who like their reading in smaller bites, Lauren Tarshis and her series of I Survived novels are perfect. Her books can fit in your back pocket, but the stories put you into the shoes of a kid during a time of disaster. It’s the kid making quick decisions that often mean the difference between life and death for those around him. These books are thrilling and immediate and almost like playing an RPG. Her newest is I Survived the Galveston Hurricane, 1900. This series is available as chapter books but also graphic novels. I know kids who have eaten up every single one of these. 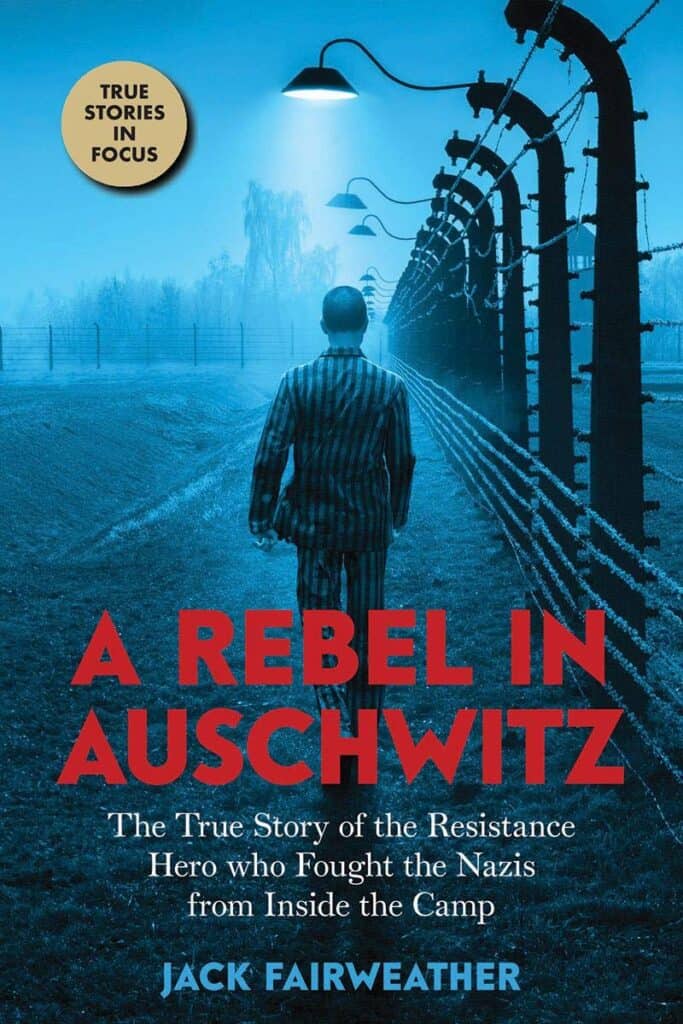 I love exploring bits of history that have been ignored, which is why I wrote Making Bombs for Hitler and my other books about Ukrainians in World War II, but I love reading books on these topics as well. A new book coming out this fall is right down my alley: A Rebel in Auschwitz: The True Story of the Resistance Hero Who Fought the Nazis from Inside the Camp by Jack Fairweather. This book is chock full of maps and photographs and the writing is immediate and engaging, telling the story of Witold Pilecki, a Polish underground operative who risked his life to reveal the Nazis’ plan to exterminate the Jews of Europe. 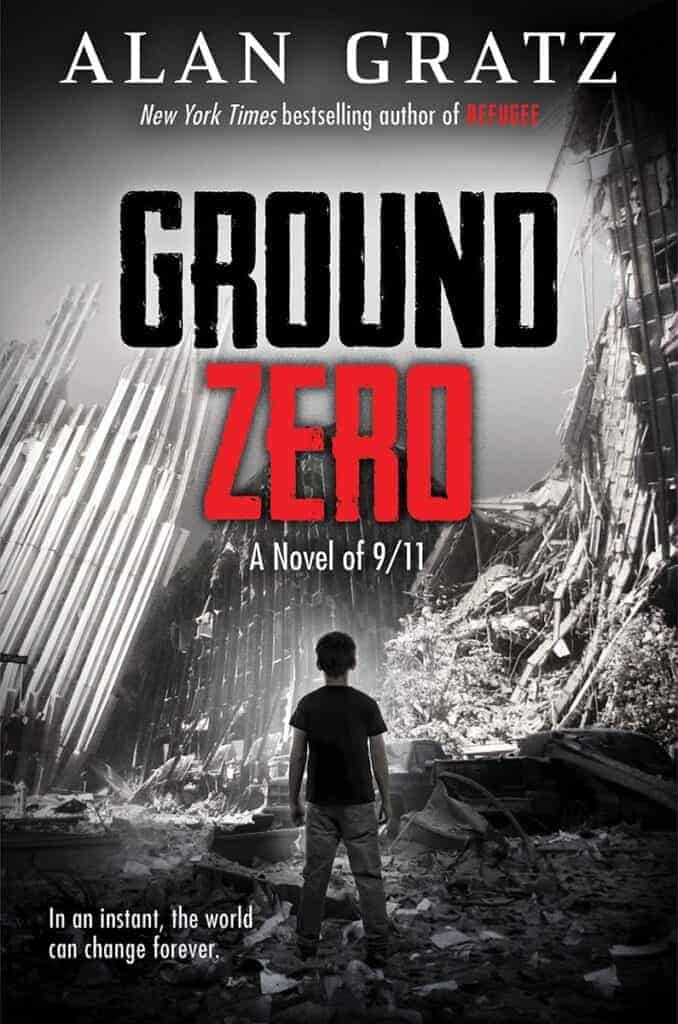 No one plunges kids into times of trauma better than Alan Gratz. His most recent novel, Ground Zero, weaves two kids’ stories together during 9/11 – Brandon, who is inside the World Trade elevator as it’s hit in the terrorist attack, and present day Reshmina, in Afghanistan. Intense and immediate, his words are spare, and tense and he never talks down to his readers.

Kids who live in poverty or within a dysfunctional family are living through their own personal trauma. Here are some contemporary stories that will appeal. 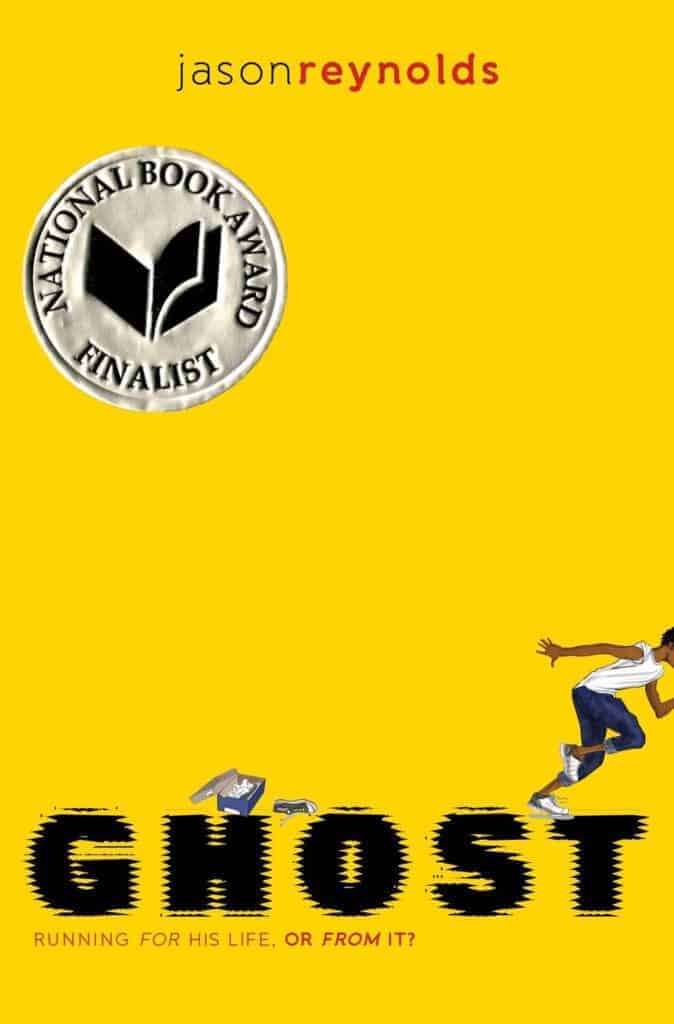 Ghost by Jason Reynolds is about a working-class boy who learns to run when his father goes after him and his mom with a gun. This book is utterly accessible, and it doesn’t talk down. There are layers in the characters and the story that informs about our assumptions about privilege, be they racial or financial. While this book is nominally about running, this is not your usual sports book. Emotionally powerful but with an economy of words, this book is especially good for older reluctant readers. Some of the language may be too harsh for young readers. 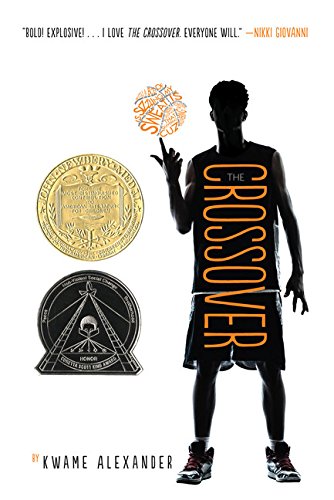 Kwame Alexander’s Crossover is powerfully spare, about twin brothers, Josh and Jordan Bell whose phenomenal basketball talent makes up the core of the story. There’s angst and conflict and romance, but what really sets this novel apart is that its written in verse that pops off the page. It will grip basketball lovers who will appreciate the various layered references but it will also surprise its readers into enjoying poetry. 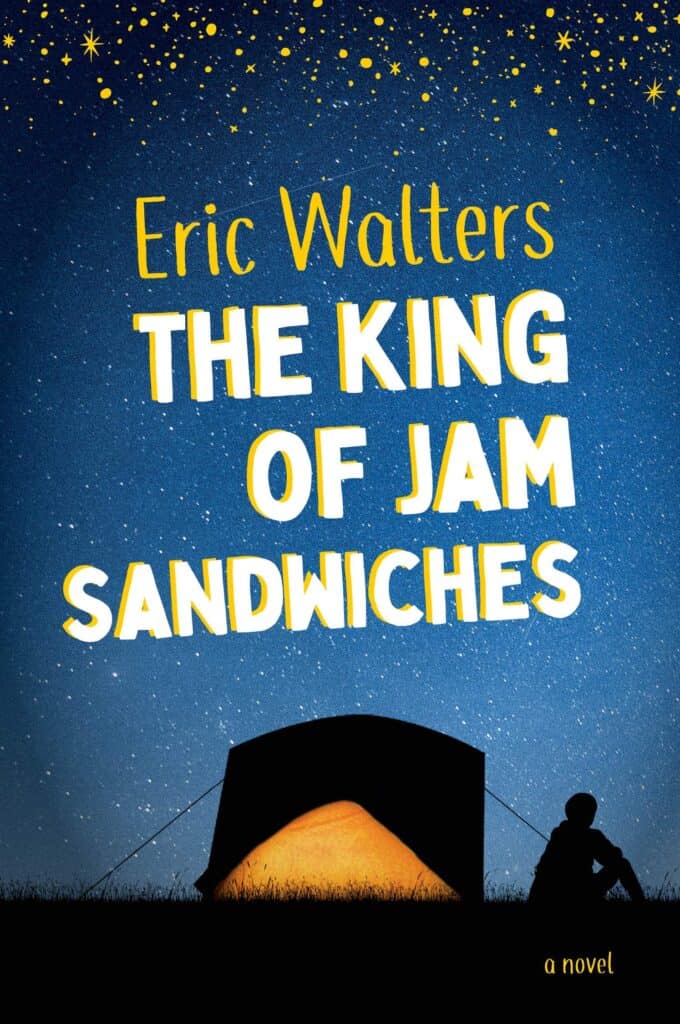 A novel-cum-memoir that moved me to tears was The King of Jam Sandwiches by Eric Walters, about Robbie, a boy whose mother died when he was four. His father is still nominally in the picture but he’s so negligent and nasty that Robbie has largely been raising himself. This novel is largely based on the author’s own impoverished childhood and it will speak to any kid who’s putting up a front at school, trying to pretend everything is normal at home. 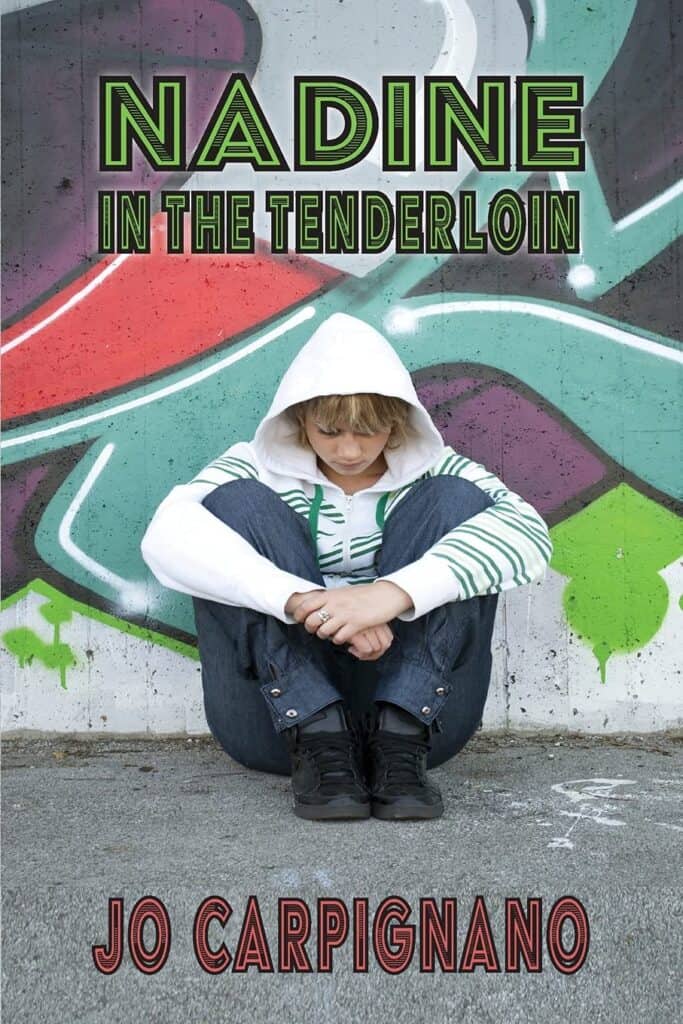 Nadine in the Tenderloin by Jo Carpignano was another novel that knocked my socks off. Nadine is a gifted student who lives in the seedy Tenderloin district of San Francisco with her abusive alcoholic mother and her younger siblings. Nadine is basically in charge of running the family, and her daunting challenges are about to swallow her whole. This novel reads like a memoir but was written by a social worker with much empathy for kids in untenable situations. 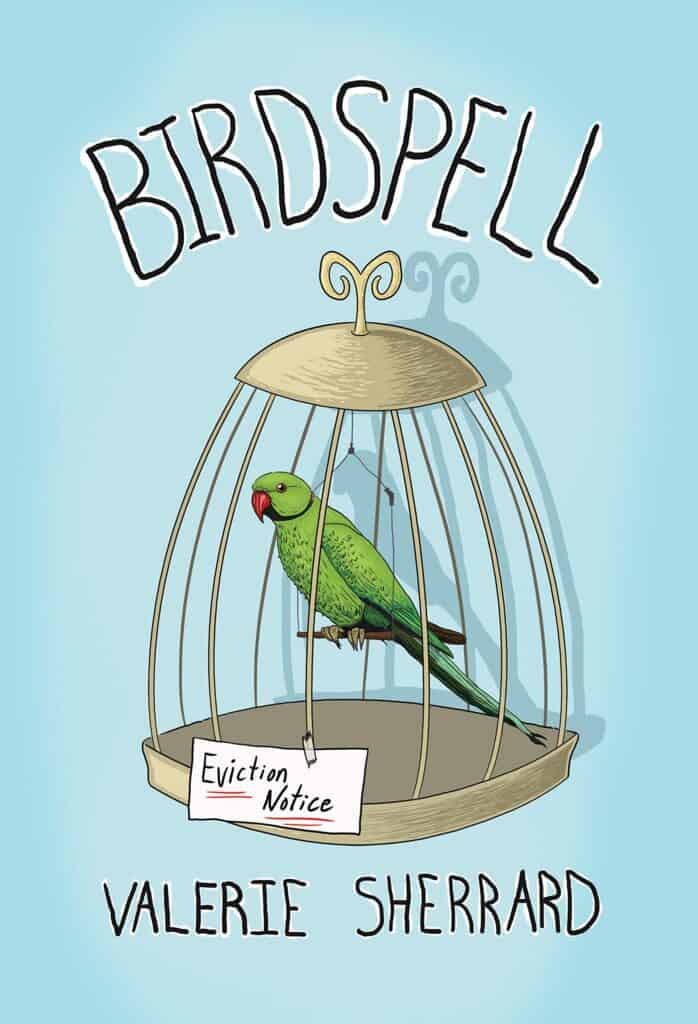 My final recommendation is Birdspell by Valerie Sherrard, about Corbin, an 8th grader who carries the weight of the world on his shoulders. His father is not around and his mother is bipolar. He’s never stayed long enough in any home or school to put down roots or to develop friendships. When a classmate has to give away her parakeet, Corbin offers to take it, thinking that having a talking bird is the closest thing he’d ever have to a pet or a friend. Heartbreaking and heartwarming. Sherrard has drawn achingly real people in this novel. Highly recommended! 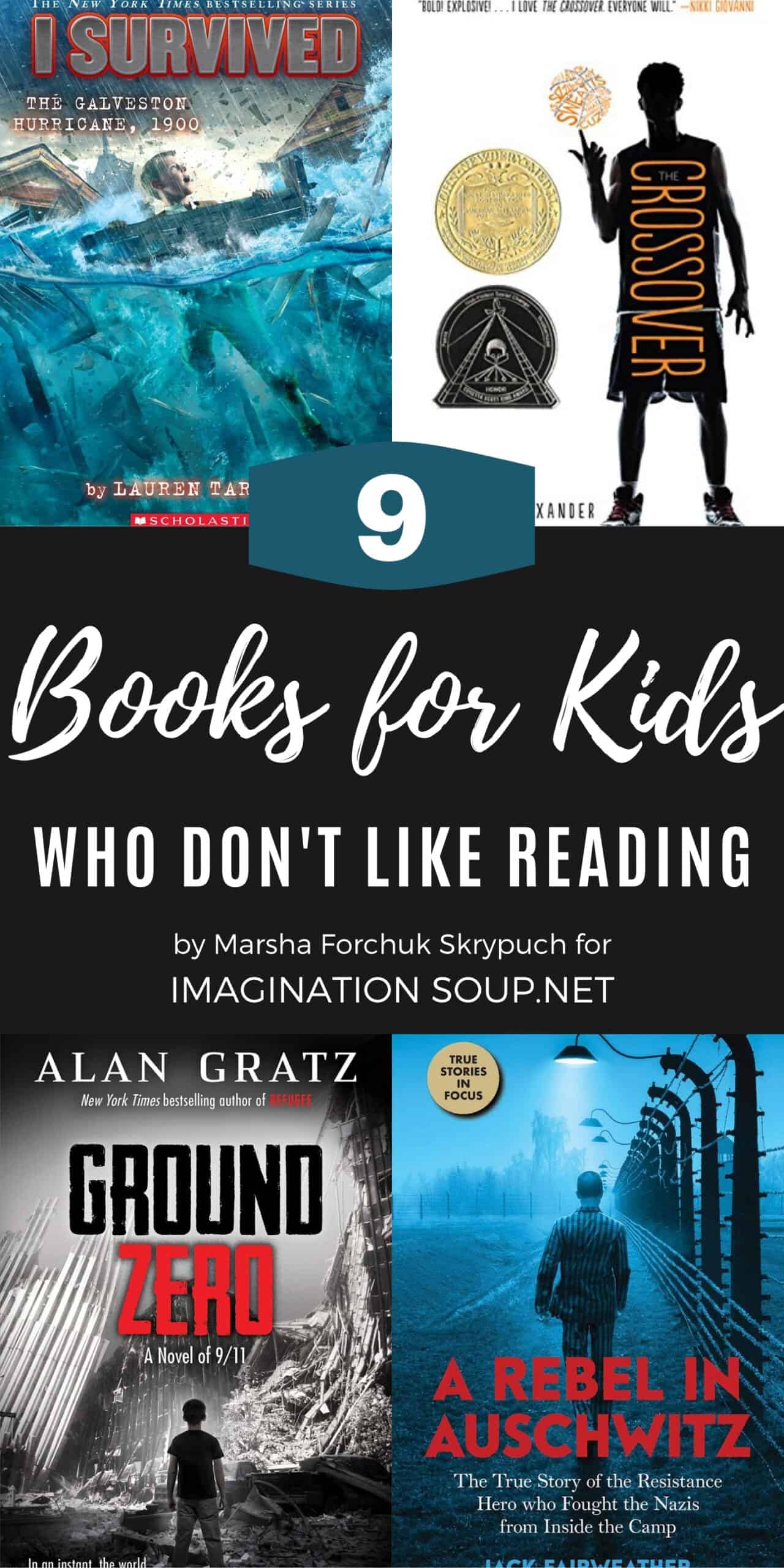 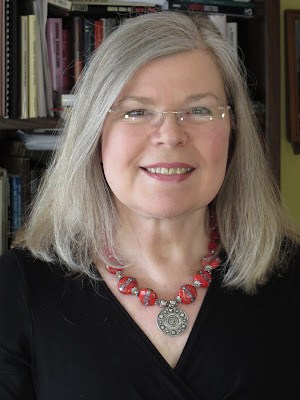 MARSHA FORCHUK SKRYPUCH is a Ukrainian Canadian author acclaimed for her nonfiction and historical fiction, including Making Bombs for Hitler, The War Below, Stolen Child, and Don’t Tell the Enemy. Marsha lives in Brantford, Ontario, and you can visit her online at www.calla.com. Follow her on Facebook, Twitter, and Instagram.

The Best Graphic Novels for Ages 6 to 16